We're Having A Girl 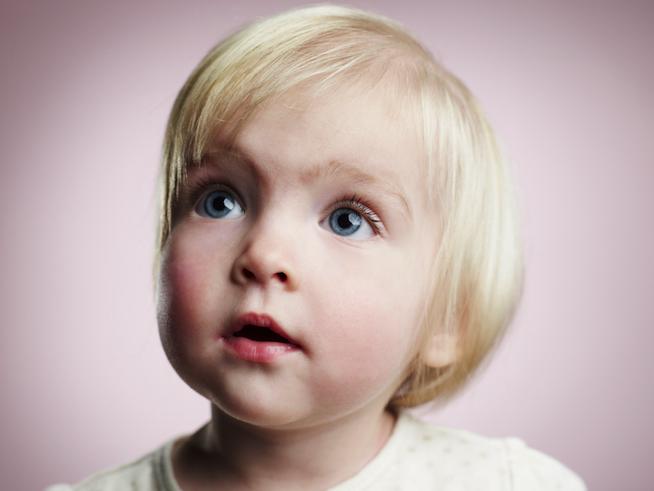 Unlike the many women who dance towards the pink sugarplum visions having a girl conjures, I wanted desperately to escape.

I was numb when we found out at 16 weeks that I was pregnant with a girl — still cocooned in the haze of the early miscarriage of my first pregnancy (a chemical pregnancy, in medical speak). All the old wives’ tales had pointed to a son: limited morning sickness and weight gain despite a massive appetite.

Upon learning she was a girl instead, I felt nothing in pregnancy was in my control: not its success, not whatever motherly instinct that had led me to believe — and hope — I was having a boy. And now, not even control over the additional obstacles the world uniquely plants before its girls. My experience learning the sex of my baby was weighed too much by gender.

Unlike the many women who dance towards the pink sugarplum visions having a girl conjures, I wanted desperately to escape.

Months later, I find my experience mirrored — twistedly, in a funhouse sort of way — in Jon Stewart’s commentary on Caitlyn Jenner:

"It’s really heartening to see everyone is willing to not only accept Caitlyn Jenner as a woman, but to waste no time in treating her like a woman…

Caitlyn, when you were a man we could talk about your athleticism, your business acumen, but now you’re a woman, and your looks are really the only thing we care about. Which brings us to phase 2 of your transition: comparative f***ability."

Cue commentator: "Okay, I have to ask the most important question: Does she have a better body than Kim Kardashian?" Jenner is pitted against other women—a means for “checks and balances,” to contain women in a way that men are completely exempted from, as perfectly described by Stewart.

To complete her transition, another quips, “she looks good—for her age.” "That’s the caveat we were missing—remind her, she has an expiration date now," cries Jon. "If you take away the makeup and the corset, I don’t know if anyone wants to bang her!

"So, Caitlyn Jenner, congratulations. Welcome to being a woman in America."

Which begs the question: why would anyone want to be a woman in America?

I am thankful it took me only until the day after the ultrasound to find renewed, unwavering strength. My bestie succinctly reassured me, “Who better to raise her than strong women like us?”

For my baby shower, I considered signage declaring “it’s a tomboy!”— if I hadn’t felt that it was just as wrong for me to pre-label my daughter as it is for the world.

That’s what I know she’s here for: to give the world the words to describe herself, whatever she decides to be.

If you like this article, please share it! Your clicks keep us alive!
Tags
Caitlyn Jenner
girls
pregnancy
motherhood

We're Having A Girl
Mai Pham