The Art Of Presence 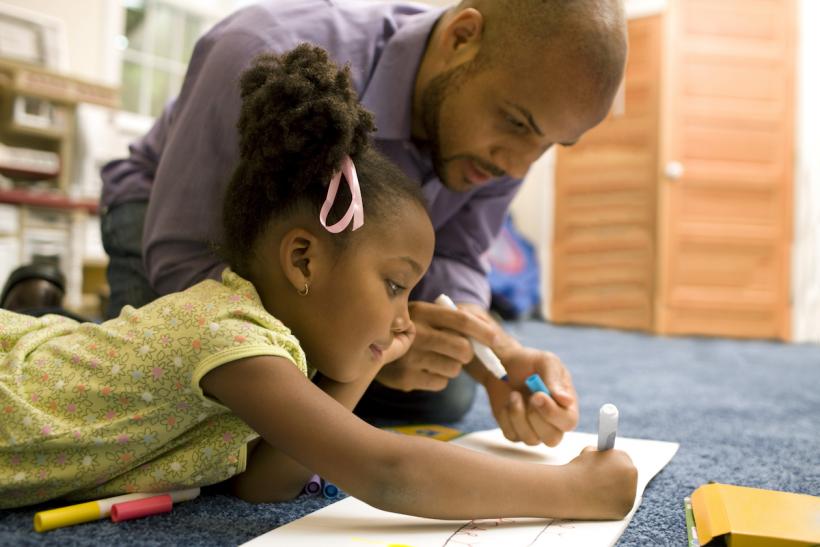 We are constantly learning how to make the absolute most of the time we have.

You’ve definitely heard the phrase being present. It’s a modern day maxim that feels and sounds a third new-agey, a third Tony Robbins-y, and a third dorky. It may be hokey, but it’s a real thing we all mess up. We forget so quickly how to be in the moment, and what it boils down to is whether we are truly invested in the precious time we have with other people.

Are we here now, or somewhere else?

A work colleague of mine helped me see all of this more clearly when we talked about his divorce and the new life that followed. Tim and his first wife had started out great. Both were hard-working professionals with good jobs and a nice house. They had their daughter, then their son, and then a few years later, a breakdown. Tim didn’t offer reasons, nor did I pry, but when talked in the aftermath, I got the sense that minds were elsewhere.

A year or more after Tim divorced, he met another woman, who had four kids. Their relationship blossomed into a second marriage, and a Brady Bunch-esqe blended family: her four, his two. Such is the story of so many families nowadays. Now when I catch up with Tim at industry shows and events, he couldn’t be happier about his new relationship and the fun he has with his expanded family. In the back of my mind, I think, “How could this situation be better?” More kids, more responsibilities, a possible risk of more relationship strife.

We have to learn to put things down. Let them rest. Shift our attention when needed and really do it.

One day at an event, our booths side by side, I was telling Tim about my challenges with having two little ones, and how, though it’s a joyous phase of life, pressure inevitably builds on the original foundation of the marriage, and “me-time” is zapped. Tim proceeded to offer his perspective based on what he learned in his previous marriage and why things have worked out in his new one.

He had realized if he was going to be a good father in his new family, he would have to go all in. For example, he couldn’t just pop in once in a while at his kids’ school. Instead, he would volunteer regularly and become a mentor. He would take on not only the responsibility of his own children, but also that of twenty others. By immersing himself in the things he otherwise feared or stressed over in his previous family situation, he learned to overcome his own anxieties and, most of important, how to be present in them.

When his kids, biological and step, are unruly at home, he’s learned to be strong and not a child himself. He faces issues instead of hiding from them.

Tim says he’s now fully engaged in everything his new wife and all his children are into. He volunteers at school, sporting events, and he’s active in their newfound spiritual life. It all works out. Now, that is. Now that he has taken the deep dive all the way. He admits he wasn’t there in his former life. He just wasn’t present. Each time I see Tim, we talk about these very things, and his stories come to me not as a warning, but as a reality check.

The cruel irony in today’s world is that it’s just so easy to drift away from what is right there. Whether it’s on the television, computer, the mobile phone, or in your own head, fixing a spot on your number one and your children takes practice, and, as Tim learned, your all.

I  still struggle with this. There are times when my mind is so focused on work or an idea or something else, and when I stop to realize that my attention is not on my loved ones, it’s clear to see how everyone suffers.

We have to learn to put things down. Let them rest. Shift our attention when needed and really do it. One of my New Year’s resolutions was to not use my phone in front of my children. Yes, I’ve strayed more than a few times from this promise, but for the most part, I’ve have honored it. If I’m playing with the kids in the living room, the phone is way out of reach. If I need to respond to something, I go into the next room. It takes a lot of practice.

In our lives, there’s a certain maturity that only comes with experience. More fathers I talk to reach this point just at the right time. We are constantly learning how to make the absolute most of the time we have, whether it’s alone time, work time, or the all important: family time. We’re openly sharing our lessons of success and failure in the art of presence, and the best thing we can do in these exchanges, like when Tim shares his stories with me, is to be there in that exact moment, and pay attention.

If you like this article, please share it! Your clicks keep us alive!
Tags
being present
blended families
divorce
dads
parenting
Kids
fathers
families

The Art Of Presence
Taylor Garcia