The Completely Unexpected Side Effect Of Intuitive Eating 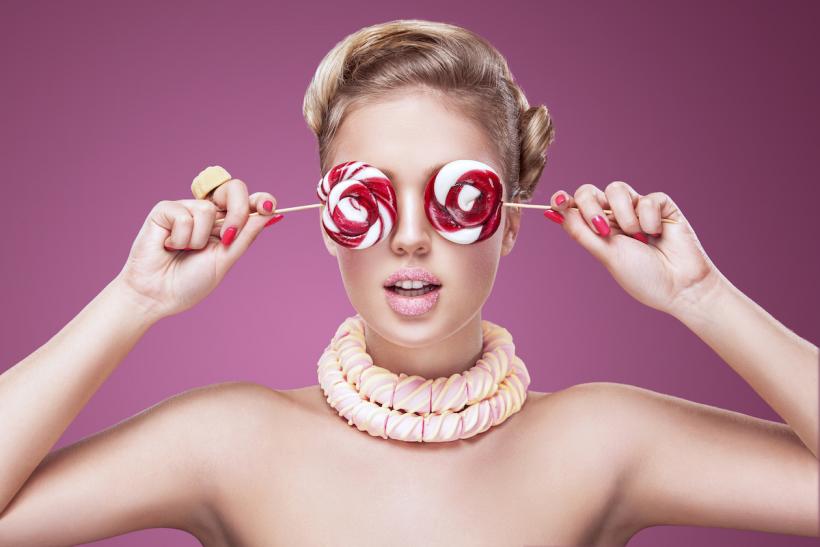 It's not the food you need to watch out for.

For most of my adult life, I obsessed about my weight — weighing myself multiple times a day, obsessing about what I would eat at a restaurant, and then beating myself up for what I did eat.

And yet, through radical self-examination and change, I am officially one of those women who Doesn’t Worry About What She Eats. I have been known to order a big slice of chocolate cake before the meal and have a few bites before I put it away and save it for later. It’s not willpower; I just don’t want any more. Who does that?

When I first learned about a non-diet approach to eating (which you might call intuitive eating, attuned eating, or just “listening to your body and not freaking out”), it seemed pretty straightforward: Eat when you’re hungry, stop when you’re full, and choose foods based on what your body wants and craves.

I’d been frustrated with my eating and weight for over a decade, so enjoying food without worry seemed like a gift from a donut-loving god. Of course, I still had all of my irrational fears about gaining weight, but at least the eating part seemed do-able.

I remember trying to write my thesis, deep underground in my University’s library. It was 5 pm and I couldn’t seem to find the right words, so I figured I’d do what I usually did when my brain faltered — take a break for dinner.

Since I was trying to eat intuitively and all, I checked in with my body. It turned out I wasn’t hungry at all.

“No problem!” I thought. “I’ll just keep working until I am hungry!”

Suddenly I noticed an unexpected tightness in my chest. Weird. When I paid more attention, it felt like some part of me was screaming, “NO! I WON’T DO IT!”

It’s so obvious to me now: I was frustrated and bored and brain-dead, and I needed to read a vampire novel or watch a reality TV show — something fun rather than my rigid work, eat, sleep, exercise schedule.

At the time, though, it was a radical discovery. I wasn’t a feeling-less robot, but I’d been forcing myself to get shit done for years without this kind of rebellion. Usually when I felt the desire to not work, I’d eat a meal or snack (or go on Facebook) till the rebellion died down. But without food... the feelings were all still there. And they were loud.

The more I tried to eat only when I was hungry, the more that I had run-ins with these intense feelings.

I noticed that I always over-ate around one group of friends, for example, so one day at dinner with them I actually paid attention my hunger level.

I felt like a bad person if I listened to my feelings instead of doing what I thought my friend or boss or boyfriend or family member might prefer.

Halfway through the meal I realized I wasn’t hungry but was still downing ravioli like there was no tomorrow. When I tried to put down my fork, a bunch of other realizations hit me: My body was stressed! And slightly sweaty! And uncomfortable! Again, it was like something in my chest was screaming, “LOOK AT ME!”

As one does, I went to the bathroom to process my feelings. While glamorously perched over the toilet, I realized that even though I enjoyed my friends, something about our dynamic made me feel competitive and not good enough. We often teased or one-upped each other, trying to seem more funny or smart.

I liked that group of friends, so this realization was painful. How had I never noticed this before? And what was I supposed to do about it?

The realizations kept on coming, about parties, boyfriends, friends, colleagues, jobs, working styles, apartments, and cities. Each time I tried to stop eating when I wasn’t hungry anyway, there were suddenly feelings that I had never noticed before.

I was much more frustrated, angry, tired, and insecure than I’d realized.

When I listened to these feelings, it was amazing how much easier eating became. If I found myself going crazy on chips at a party, I’d check in with my body and inevitably notice some tension. “Oh, I want a chips because I don’t want to be here,” I’d realize. So I’d nicely say goodbye, and feel the desire to stuff chips in my mouth die down.

Sometimes my feelings just seemed random. But when I at least acknowledged, “wow, I seem to be anxious for no particular reason,” it was much easier to take care of myself.

Although my eating issues were resolving themselves, having all of these new feelings was disorienting and overwhelming. I felt like a bad person if I listened to my feelings instead of doing what I thought my friend or boss or boyfriend or family member might prefer. And how could I get work done if I took as many breaks as my “inner voice” seemed to want?

But the trade-off was clear: if I wanted to stop eating compulsively, I had to find a way to stop fighting myself.

Even though the whole “intuitive eating” thing wasn’t so complicated, the “listening to my feelings” thing was. It took years and the help of a coach and a therapist, plus a lot of reading and soul-searching on my own to learn to listen to my feelings, get work done, and acknowledge others’ needs most of the time. Now I run classes that teach how to eat without dieting, and most of what we talk about are the feelings that come up during the process.

Not all of the feelings are bad. Sure, I get frustrated or insecure and anxious and tired, but I’m also extremely sensitive to beauty and art and loveliness, as cheesy as that sounds.

My mom says she can’t remember me crying in high school, but now I cry from joy or get chills all the time – even from listening to the Hamilton soundtrack for the first time (the artistry!). I feel capable of deeper love and commitment — and stronger at keeping out ideas or people that don’t serve me.

In the end, I’m thankful for my intense feelings. I just never expected that changing my relationship with food would have this side effect.

If you like this article, please share it! Your clicks keep us alive!
Tags
intuitive eating
#DitchTheDiet2017
diet culture
Food
body image
wellness