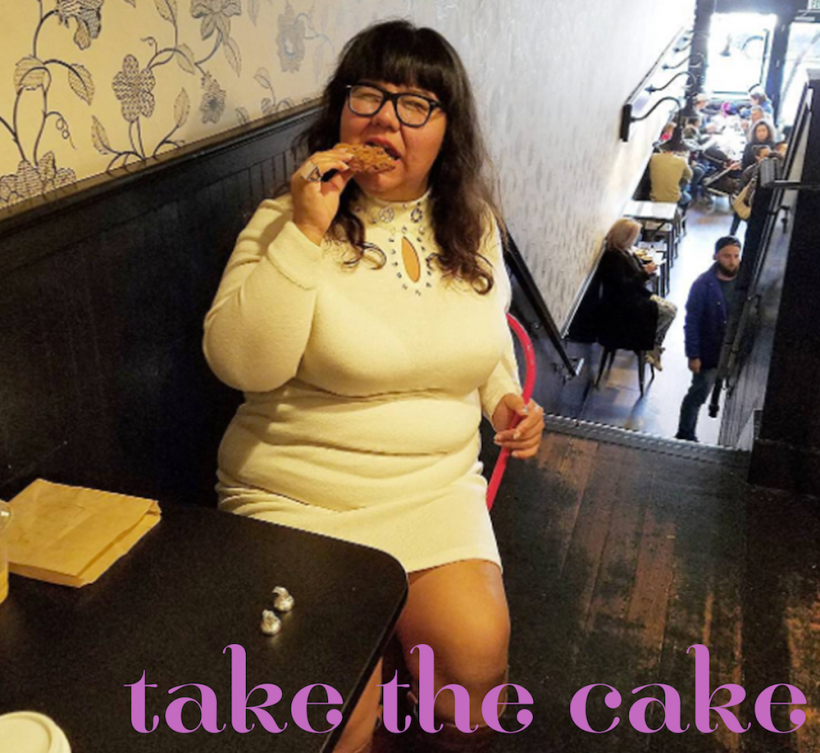 I want to tell you something about me: I’m an obsessive person. Like I will over-think things, spend a disproportionate amount of time imagining all possible outcomes of a situation, and create elaborate narratives that position myself or others as terrible human beings based on almost no evidence because it feels safer to anticipate assholery than to be ambushed by it, right?

It’s kind of part and parcel of growing up in a dysfunctional family (where I had to navigate the minefield of emotional volatility that was my childhood home) paired with living in a society that disregards my humanity all the time because I’m a fat woman. I’m what is called “hyper-vigilant.” It’s not really the same as paranoia but manifests in pretty similar ways. It is for sure stressful and makes interactions unnecessarily strained at times.

Just the other day, for example, I was venting to BFF Kori (a nightly ritual) about how I just wish that I could go to the closest, easiest and most delicious coffee shop down the street from me without worrying about the entire ordeal for literally up to 75 minutes.

Is the angry anarchist dude gonna be there or the nice one with the sad blue eyes?

Should I shower or not shower? I always feel cuter after I’ve showered and I need those extra cute points to get me through what could be a cataclysmic cappuccino meltdown of the highest order.

Should I just walk the extra 17 minutes to the other coffee shop that is filled with bright-eyed, chubby, cute queers? That’s an extra 34 minutes roundtrip, though. I could write, like, so many emails during that time. Am I just gonna give that 34 minutes away to patriarchy?

Am I going to tip even if the employee at the register talks to the person in front of me for seven minutes while I stare hungrily and passive aggressively at the miniature apple pies on the pie plate?

Should I wear something that exposes cleavage because the customer service is NOTABLY better if my tits are out?

Should I leave my sunglasses on while I’m inside the shop as a protective mechanism?

Do they hate me? Of course, they do!

Leaving the playground meant less overt vitriol, but as a fat adult woman, I often live the reality of a different kind of rejection — one that renders me invisible, inconvenient and left behind. As I walk through the streets of San Francisco, I can see people metaphorically deleting me from the landscape, an inconvenient presence they can’t imagine in their homes, their work places, their weddings, their futures.

Are they reading this article right now and laughing so hard that flecks of expensive toast are catapulting from their mouths in unison onto the window of the café that they will then have to wipe off with their tiny pretentious beanies?

Kori is very good at grounding me. “You know, you can just go to the coffee shop you want to go to and use it as an opportunity to practice not worrying about what people are thinking about you. I will go with you tomorrow, and we will practice.”

She used to work with kids who have trouble navigating social situations and told me that one tool she used was a “social situation book.” It details an often mundane activity and walks the reader through what to expect. It’s like setting up a plan before you do something that’s intimidating. I really, really wanted her to make me a social situation book for our trip to the coffee shop.

Okay, fast forward: we went to the coffee shop, it went well, I begrudgingly smiled, my smile was reciprocated, no one died of shame, the end.

But what I want to talk about was how someone who identifies as an extrovert, badass babe can allow a cup of coffee to set her down a path of anxiety and overblown counterfactuals.

I grew up getting rejected at every turn. I was told nearly every single day of my life growing up that I was ugly, unlovable, and unwanted. I grew up feeling like a monster with ghastly proportions. I felt like someone who was straddling genders (I wasn’t a dainty object of admiration like other girls, but I wasn’t exactly a boy either), and this was confusing as I had no vocabulary to articulate any of it. Rejection went far past the realm of possibility and deep into the cruel territory of inevitability.

Leaving the playground meant less overt vitriol, but as a fat adult woman, I often live the reality of a different kind of rejection — one that renders me invisible, inconvenient and left behind. As I walk through the streets of San Francisco, I can see people metaphorically deleting me from the landscape, an inconvenient presence they can’t imagine in their homes, their work places, their weddings, their futures. (Have you ever seen a fat person in anyone’s rendering of the future?)

Fat people are underrepresented in many of the places and activities that make up my life — academia, mass media, travel, and the city where I live. And it’s no accident that we aren’t there. We are subject to the material realities of marginalization, and beyond that, are consistently made to feel unwelcome in an often subtle, almost deniable way. Rejection — whether overt or not — has real life repercussions for the contours of people’s lives.

The “me” who can stand in front of a room full of strangers and talk about diet culture and the “me” who is wearing a scarf and sunglasses and a protective frown at the coffee shop are both authentic versions of a selfhood I am learning how to navigate.

Neither is more or less real.

For now, all I can do is practice lovingly accepting both, observing my vigilance with compassion, and recognizing that this schism isn’t evidence of my failure but rather of my survival in a culture that leaves little room for my complexity, my beauty, or my most vulnerable wishes for safety.

If you like this article, please share it! Your clicks keep us alive!
Tags
fatphobia
fat love
rejection
self love
self confidence 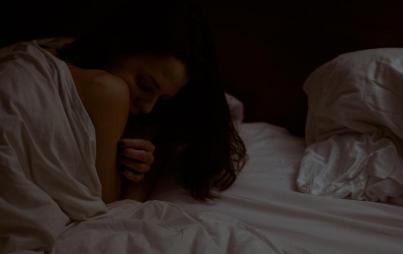 What To Do When Your Partner Has A Low Libido