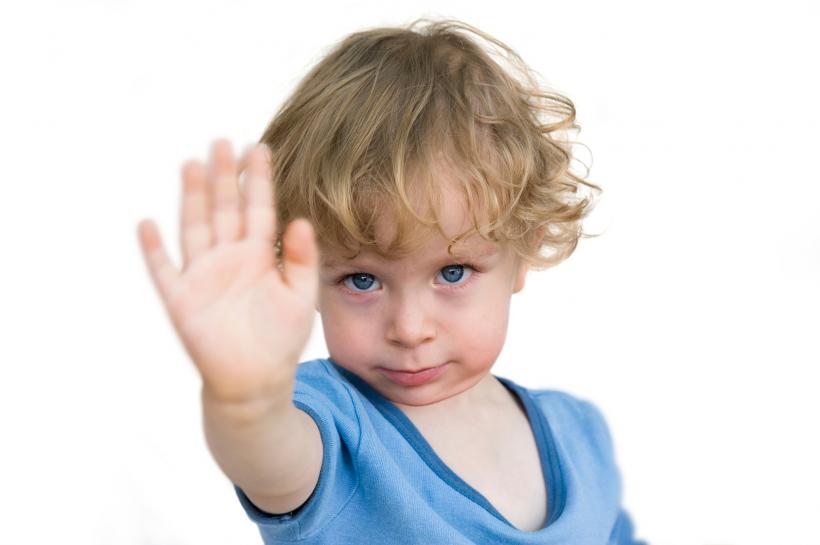 Toddlers will challenge the high ideals of even the most committed of parents.

I roar my daughter’s name and slam on the brakes, hard. The car stops so impressively fast that through my rage I take a moment to appreciate its safety.

In the back seat, my two-year-old pauses for just a moment before resuming the high pitched screeching that has filled the car for the past 45 minutes. I hoist myself over the seat so I can make eye contact despite her rear-facing car seat.

“Stop it,” I say with contemptuous calm.

“I not stop it,” she says without missing a beat. Screeching again fills my ears.

I flop back into the driver’s seat, utterly frustrated. In my parents’ generation, this behavior would have earned a quick slap without a second thought. But like many modern parents, I don’t believe in hitting for discipline, especially for something annoying but not dangerous. My toddler isn’t old enough to be kicked out of the car, another favorite consequence my own parents used.

I could refuse to move the vehicle until she is quiet, but that will do nothing to stop the noise, and it would be more punishment for me than her. My helplessness makes me want to scream alongside my child.

When I was pregnant, I spoke of my parenting ideals: reasoning rather than intimidation; natural consequences for behaviors; mutual respect; and, embracing her individuality. Back then, my child was still a part of me, a natural extension of myself. I had no idea when I spoke my beliefs that they would be tested under a hurricane of willpower and defiance.

I fade the radio to the front of the car and turn it up to full volume to drown out the noise from the backseat. Pulling the car over did little to calm my toddler, but it has given me a moment to replenish my patience. As I continue driving, I am again the parent I want to be.

I am committed to raising a strong girl. I want to teach her that her body is her own, that she can make her own decisions and stand firm within them. While I believe in that mission with every cell in my body, applying it in day-to-day parenting is more challenging than I could ever have imagined.

There’s a reason that this age is known as the terrible twos. Halfway through her second year, my daughter is the perfect storm: a blend of temper tantruming two-year-old and threenager’s relentless attitude. I expected disobedience and boundary testing, normal and healthy parts of a toddler’s development. But I never imagined this stage would be so torturous for me. That sometimes, despite rationalizing my daughter’s behavior, I would want to meet her temper tantrum with one of my own, kicking and screaming and making demands.

Parenting my daughter through toddlerhood is sometimes amazingly rewarding. Her personality is emerging and I see the conversation and friendship that will hopefully fill our lives when she says things like, “I’m really proud of you, Mommy,” or “You’re my best friend.”

Other times, when she blatantly refuses to obey, I seethe. I am committed to raising a strong girl. I want to teach her that her body is her own, that she can make her own decisions and stand firm within them. While I believe in that mission with every cell in my body, applying it in day-to-day parenting is more challenging than I could ever have imagined.

“Get into bed now, or I will count to three.”

Even as I say it I realize that is it an empty threat. I do not want to physically pick up her tiny body, forcing it to do my will. But, she is going to a friend’s house in the morning and I need to be well-rested for work. I refuse to negotiate at 2 a.m.

I shut the bedroom door, despite my daughter’s screams. But instead of leaving her to cry alone, I speak to her as I close my eyes on the hall floor. For now, it is a good compromise. She has the autonomy to do what she wishes, within my parenting constraints. I respect her choice, while also standing by my own.

After a few minutes she calms, and I sneak into my own bed, content in the resolution. We are both doing the best we can, and for now we have made it through the storm.

If you like this article, please share it! Your clicks keep us alive!
Tags
parenting
toddlers
behavior
rebellious kids
temper tantrums