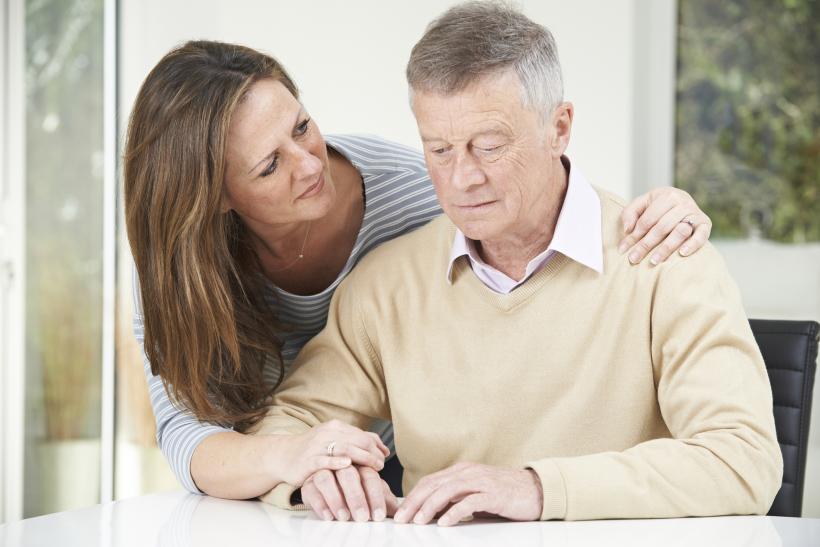 The pain of the past can be summoned up in something as small as a phone call.

“You have nine new messages.”

I scowl at my phone. I haven’t listened to my voicemail yet — at least not since yesterday —but I know at least eight of those messages will be from my dad, despite the fact that I talked to him once yesterday and again this morning. The nine new voicemails instantly make me irritated.

My dad has bipolar disorder. I spent years never hearing his voice over the phone. I could barely get him to talk when I visited in person because he was so depressed. When he was manic, I couldn’t get the phone to stop ringing, since he was always keen to get me on board with his next big endeavor.

But this story isn’t about my dad — it’s about me. I’ve been surprised by how much I’ve come to define myself as a family member of someone with mental illness.

It turns out that when someone in the family has mental illness, it affects everyone around them, right down to the little things like checking your voicemails.

I hate checking voicemails. I’ve had numerous conversations with my father about leaving one message and waiting until I call him back. I know that he doesn’t even realize that he’s called so many times. Yet for me, each one of those voicemails triggers my frustration that my dad doesn’t respect my wishes or honor the fact that I have a life outside him. He’s thinking about himself when he calls, with little regard about how his actions will make me feel.

It’s not just my relationship with my voicemails that is affected by dad’s illness. Just ask my husband. If the poor man spends an afternoon being lazy or lying on the couch it sends me into an irrational rage. My dad spent years lying on a couch, neglecting his family and his job. My husband isn’t doing that at all.

At the same time, I can’t not check them. I’m still used to the chaos and crises that mental illness can bring, even though my dad has been stable for two years. No matter how annoyed I am, I have to listen to the messages to be sure that dad is OK.

If you’ve never dealt with someone with mental illness this probably sounds silly, right? How hard is it to answer a phone? However, years of caring for someone with no thanks and lots of frustration means that little things become significant.

It’s not just my relationship with my voicemails that is affected by dad’s illness. Just ask my husband. If the poor man spends an afternoon being lazy or lying on the couch it sends me into an irrational rage. My dad spent years lying on a couch, neglecting his family and his job. My husband isn’t doing that at all.

I know he more than deserves a lazy day now and then (don’t we all?). My mind, however, doesn’t want to hear that logic. My mind just wants me to scream.

The one thing that has been a great balm to my pain is support groups and classes for family members of people with mental illness. The people in these groups understand the ball of emotions like guilt, anger and sadness that are tangled in the hearts of family members. They understand that sometimes something as simple as a voicemail can dredge up years of pain.

I’ve come to love these support groups. I started going when I needed people to hold me up. Now I go to help hold. Guiding other families through the trauma of mental illness is rewarding and empowering. It’s become the silver lining to my experience, and I’m so happy to have found it.

If you like this article, please share it! Your clicks keep us alive!
Tags
parents
mental illness
mental health
support groups
family
recovery