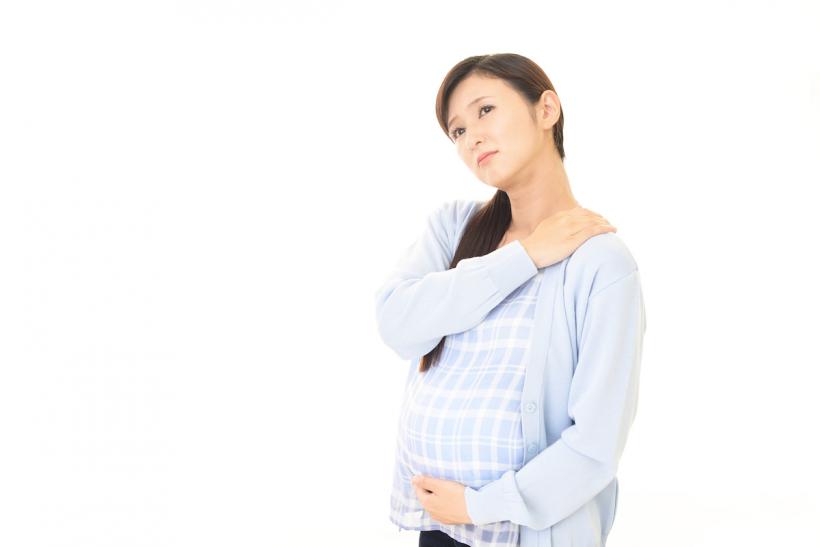 It's okay to be conflicted about raising a boy.

Yesterday I found out my baby is a boy and I haven't really stopped crying since. The last five months, I've been convinced I was carrying a girl. I wanted a girl, and not because I wanted to dress her in pink, or play Cinderella, but because I know how to be a mother to a girl. For all of the mysteries of pregnancy and parenthood, all of the anxieties I have about screwing my baby up, the one thing I felt confident about was raising a girl. I planned to teach her how to garden, how to be fearless in the dirt, how to challenge gender roles the world had waiting for her, how to find her own voice faster than I did.

I've spent most of my life re-shaping myself around the desires, impulses, and privilege of men — and most of you have, too. Yes, I can, and will, raise my son to be a feminist, but the idea of teaching one more man not to rape women, not to be seduced by the easier path the world offers him, not to overshadow others with his whiteness and maleness — it exhausts me.

I planned to introduce her to witchcraft, the beautiful magic of sisterhood, and break down the lessons she would be fed about female competitiveness. I had dreams of sparing her from the young life of fat-shame and self-doubt I'd been crippled by. I knew I could teach her how to fight, how to dismantle the patriarchy, because these are things I'm so proud of myself for learning, and things I am passionate about helping other women learn. Initially, I thought having a girl would be much more challenging: watching her get cat-called, exposing her to self-defense against the dangers of the world, seeing her wrestle with sexism — but I know how to navigate all of that. It's terrifying, but I understand how to guide another woman through those choppy waters with compassion and humor. Then, with one ultrasound, every ounce of my confidence vanished.

How the fuck am I going to be a mother to a boy?

Before you start saying, "Oh, but you can teach a boy all those things," I want to stop that train of thought. As a 36-year-old woman, I have spent the last 30 years or so teaching men. I've spent most of my life re-shaping myself around the desires, impulses, and privilege of men — and most of you have, too. Yes, I can, and will, raise my son to be a feminist, but the idea of teaching one more man not to rape women, not to be seduced by the easier path the world offers him, not to overshadow others with his whiteness and maleness — it exhausts me.

I've spent so much time telling men these things, and now I have to do it again, and this time the stakes are so much higher. Every day, I will be faced with a child the world tells is better than others. He will come home full of ideas about how he should take up space, how his voice gets to be heard first, and it will be up to me to undo all of that damage. Somehow I will have to put aside my own male fatigue and muster up the courage to repeat these lessons over and over, without knowing if they're going to take. I will have to watch the world treat him with instant respect, simply because of his sex. I will have to show him it's okay to cry and hope his tears can dissolve the toxic masculinity infiltrating his body.

I've talked to a few friends about this, and most of the responses are uniform: boys really love their mothers, they're so much easier than girls, you won't ever have to worry about him getting pregnant, he won't hate you when he's a teenager, and, my favorite, hey, he could be queer!

What I want to say to them is what I wish someone would say to me: it's okay to mourn the loss of my non-existent daughter.

It's okay to be conflicted about raising a boy. Queerness is not the antidote to masculinity, and in fact, won't remove any of the life-lessons I'm dreading. My child will be loved and celebrated whatever his orientation. I hope my kid will love me no matter his sex/gender, and I will do whatever it takes to forge a healthy, open relationship with him, just like I expect any other parent would. None of this makes the process of accepting a son any easier, which leads to the guilt — the massive amounts of guilt.

I wasn't trying to get pregnant, and by some miracle, I have an absolutely healthy baby. But here I am, grossly sobbing over the sex.

How dare I, right?

Thousands of women sacrifice everything to be where I'm at, and I am inconsolable. Logically, I know sex disappointment is a real part of pregnancy. I'm allowed to feel my feelings. On the flipside, my baby didn't ask to be male or ask to come into this world where he's ten steps ahead of everyone else thanks to an accident of genetics. He didn't choose a mom who has spent her adult life helping women avoid the damage of cis men, nor did he mean to disrupt the one ounce of certainty I had about being a parent.

So it comes to the questions women ask ourselves every day — How can I get through this? How can I push aside my self-doubt and unleash a well of endless energy? How can I fortify myself for the challenges ahead without compartmentalizing my fear?

As I always have in the past, I suppose I will lean on the wisdom of my mom-coven, of my dear friends, and the amazing men I know. I will look to my partner, an excellent role model of positive masculinity, and trust that I won't be in this alone. And someday, when my son is older, I will tell him how I felt today and how proud I am of him for who he's become. I will expose my most vulnerable, critical inner voice and trust he will listen with empathy because that's the kind of person I'm going to raise.

If you like this article, please share it! Your clicks keep us alive!
Tags
parenting
feminist parenting
mothers and sons
Boys
disappointment
gender divide

How Am I Going To Be A Mother To A Boy?
Casey Gilly

It's Not Baby Weight: The Plus Sign
Casey Gilly