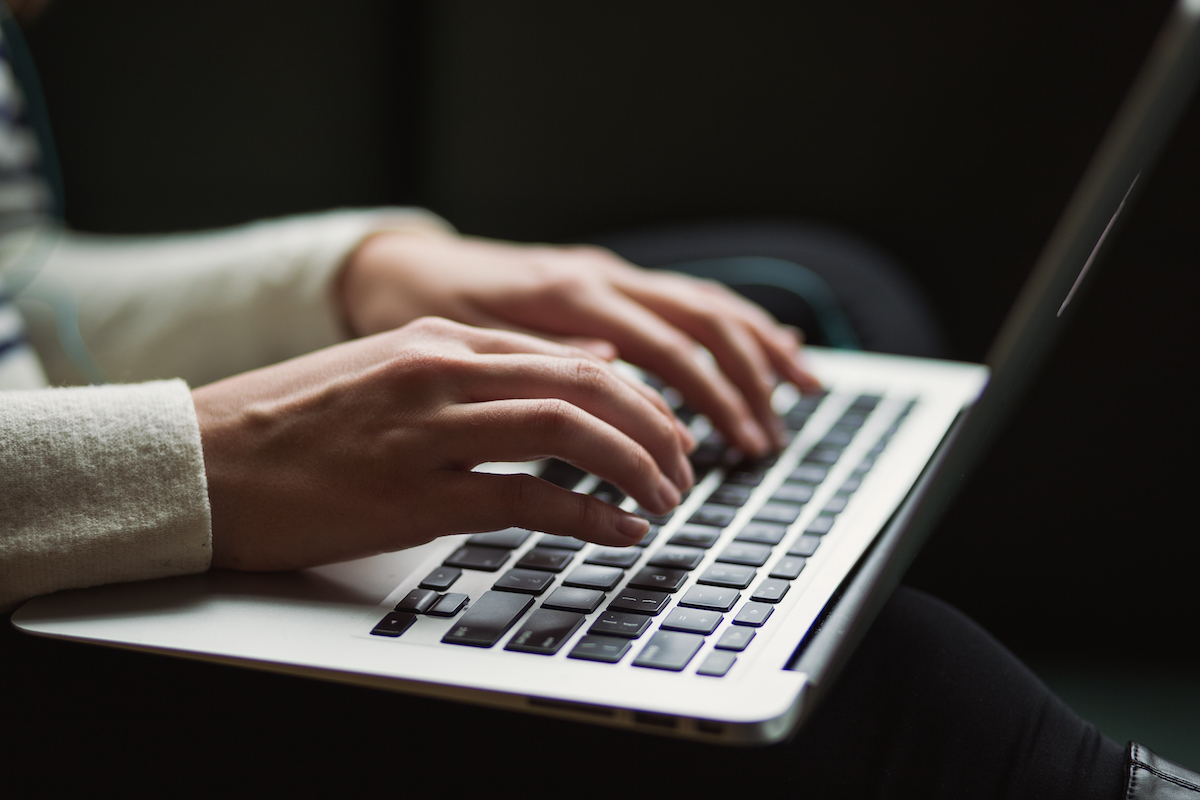 Photo by Kaitlyn Baker on Unsplash

This article by Liv McConnell first appeared on Fairygodboss and has been republished with permission.

With 29% of the U.S. economy frozen as of April 6th, new claims of joblessness rising at an unprecedented rate and some economists warning that the worst is yet to come, Americans are readying themselves for a recession that’s sure to extend past the coronavirus outbreak itself. Financial anxieties are on the rise and, for many of us, triggering memories of the last recession we lived through, in 2008.

There’s no telling yet how this recession will compare to the Great Recession. One chart that’s gone viral in the past two weeks, comparing the number of nationwide unemployment claims made since the outbreak began with those made in 2008, is startling, though it may not capture the full picture. We do know that, as of this writing, nearly 10 million people in the U.S. have filed for unemployment insurance. The number of total claims filed during the Great Recession, for comparison, was over 37 million — but with little idea as to when the economy will be reopened, fears of further job loss prevail.

One small reassurance to come from references to the 2008 recession, though, is the reminder that it ended. And while the onus for financial recovery should — beyond question — not fall on individuals themselves, there are still countless stories of resourcefulness and perseverance in how people dealt with losing jobs during that recession that, in some small way, may be helpful to hear now.

We heard from nine people who experienced unemployment during the last recession about the lessons they learned and what helped them pull through. Here’s what they had to say.

1. “I learned to make new connections — and to use the job loss as an opportunity.”

Kelly Ferraro lost her job in 2009 as a result of the recession, leading her to move back in with her mom to save money. She decided to use that rent-free window to treat her job hunt like its own 9-to-5 position, waking up at the same time each day and filling the hours with “searches, resume building exercises, conference calls with connections and long walks,” she recalled. Ultimately, the experience led her to pivot into an entirely new industry.

“I was able, through diligence and research, to realize that my best path forward was one in public relations — a field that I have been passionate about for a long while, but a road that I had veered off a few years earlier,” she said. “My ability to persist, make new connections and tackle the job search head on (with many emotional moments in between!) led me to finding a friend who came in contact with a recruiter who was able to place people. I quickly asked for her phone number and reached out and, after several months, my recruiter found me a job at Rubenstein — a highly-regarded public relations agency in New York.”

Today, after working her way up in the field, Ferraro now manages her own boutique PR agency.

“For those struggling, find your inner strengths, do not focus on your weaknesses and look at your collective experience,” she advised. “You may not get the same job you left; you may just get one better, as that’s what happened to me!”

2. “I learned to focus on the things I can control.”

After losing two jobs back-to-back during the 2008 financial crisis, Vered Frank, now Head of Growth at Farther, had to shift his perspective.

“Being afraid of losing your job is a natural feeling, but with everything that is going on, it's not something you control — so focus on things that you can,” he said. “For the first job loss, I had no time to think about it because it happened so suddenly, but for the second one, I knew it was coming for months. The best thing I could do was keep doing my job well and start thinking about what I would do in the event that I was laid off. Having some ideas in place gave me comfort that I had a plan B. You can't control whether a company will decide to let you go, but you can control what you will do about it if they do.”

3. “I learned not to put all my financial eggs in one basket.”

Matthew Spaur was laid off from his job in 2008 — the first of three layoffs he’d experience in the next 10 years. Today, he works in product & content marketing as a consultant, which keeps him from feeling overly dependent on a single source of income.

“Don't put all your financial eggs in one basket,” he advised in an article on LinkedIn. “I'm now working independently, supporting several clients. If one client no longer needs me, I still have others and can network my way to more. If I am someone's full-time employee and they no longer needed me, my income drops to zero.

4. “I learned to rely on meditation.”

Three years before the 2008 recession, Bridgitte Jackson-Buckley first began grappling with financial insecurity following the hospitalization of her husband, who had been her family’s primary provider.

“With extreme financial insecurity, I constantly felt threatened by a looming financial disaster — and then it hit in 2008,” she said. “My nerves lived in fight-or-flight mode. The fear of losing our home to foreclosure dominated my responses, choices, reactions, and conversations. I was consistently afraid this or some other event would occur that we would not be able to financially handle. And it did.”

In 2010, Jackson-Buckley and her family lost their home. It was during this time that she discovered meditation — and it helped her get back on her feet.

“During this time of establishing a consistent meditation and journaling practice, I still had moments of feeling afraid of what could go wrong. However, little-by-little fear played a less significant role in my life,” she said. “Meditation became the doorway through which I was able to quiet my mind, experience less fear and agitation from external events, and instead experience more openness to remain centered and grounded.”

In 2008, Donna Melanson was a real estate agent and investor, and the recession made her feel like she’d “lost everything.”

“I was self-employed for 15 years, always sacrificing and reinvesting. But, the truth is, I was unhappy already,” she said. “Since I was starting over, I allowed myself to think of the life that I wanted to live and started taking the steps to make that happen. I am now a yoga teacher and LIVE broadcaster with 56,000 followers all over the world who tune into my daily broadcast… I may not have all the assets I once had, but I can tell you I am truly happy, and to me that is priceless.”

6. “I learned to create a new routine — and how to avoid burnout.”

Danielle Piscatelli lost her job at the beginning of 2009 as a result of the recession — and shared that, today, she’s out of work again due to the coronavirus crisis. She’s turning to the tools that helped her cope in 2009, which include paying attention to her daily routine and exercising.

“You may not need to get up and run out of the house to be at work on time. However, you should still get up and plan your day like you did — doing this gives you a sense of purpose every day,” she advised. “The health benefits of exercise also can’t be overstated. And you should focus on two ‘work’-related goals a day. It’s easy to think you can spend eight hours a day looking for a job or researching items for work. But the burnout from that is very real.”

7. “I learned there’s no such thing as one path to success.”

If it wasn't for the 2008 financial crisis and her corresponding layoff, Chelsea Anderson-Long may have remained working in a field she wasn’t passionate about.

"I didn’t want to do tech and consumer public relations anymore; I wanted to be in the world of arts public relations, which corresponds to my arts background,” she said. “I wanted to be passionate about the stories I was pitching and helping artists and arts organizations stand out in a crowded space.”

So, she started freelancing, and three years later was able to open her own business.

“I launched In The Lights July 2013, with a focus on arts and culture PR,” she said. “Because I started out as a freelancer, I was able to build a solid roster of clients before officially incorporating. We will be celebrating our seventh anniversary this summer. My advice is: Don't resist or underestimate the importance of the many roads you will need to explore to find peace and purpose. The path to where you want to be is never direct."

After losing his job in 2009, Safwan Khan decided to apply his newfound free time to developing new skill sets.

“The only way to learn is by experiencing new things; I started working on creating online businesses, watching video tutorials and reading books and articles on how to do it,” he said. “This gave me the confidence, knowledge and skill sets required to start and grow a business. If you are unemployed, look at it as a blessing, because you have all the time in the world to learn, learn and learn. Always try new things, always push yourself to get out of your comfort zone and face difficulties. You will thank yourself later on.”

9. “I learned how to help myself — and when to let others help me instead.”

Karen Condor, today a Research Editor at Quote Inspector, saw her freelancing prospects dry up in 2008 as a result of the recession.

“I let myself fully panic, meltdown and grieve for about a week,” she recalled. “Then, I decided to work on the things I could control to try and improve my situation.”

For Condor, that meant trimming back her budget and monthly expenses (“small tweaks can make big differences”), relinquishing pride (“I took a three-day-a-week data entry gig — yes, I was overqualified”), and learning to accept help.

“That was exceedingly difficult for me. I like to think of myself as self-sufficient and independent, and frankly, that is the antithesis of job-search success,” she said. “So, one morning as I was getting into my car to go to my part-time gig, my neighbor across the street asked how I was doing. I confessed my job plight, and her eyes lit up: She worked at a bank, and her good friend there ran a travel club and was looking for an assistant. Would I have any interest?”

Condor took up her neighbor’s offer, and two days later had an interview.

“A week later, I had a job,” she said. “I was there for over eight years, and it led to expanding that role to include writing a monthly e-newsletter, making new life-long friends and taking my first trip abroad — to Ireland!”

If you like this article, please share it! Your clicks keep us alive!
Tags
coronavirus
covid-19
recession
Great Recession
unemployment
economy