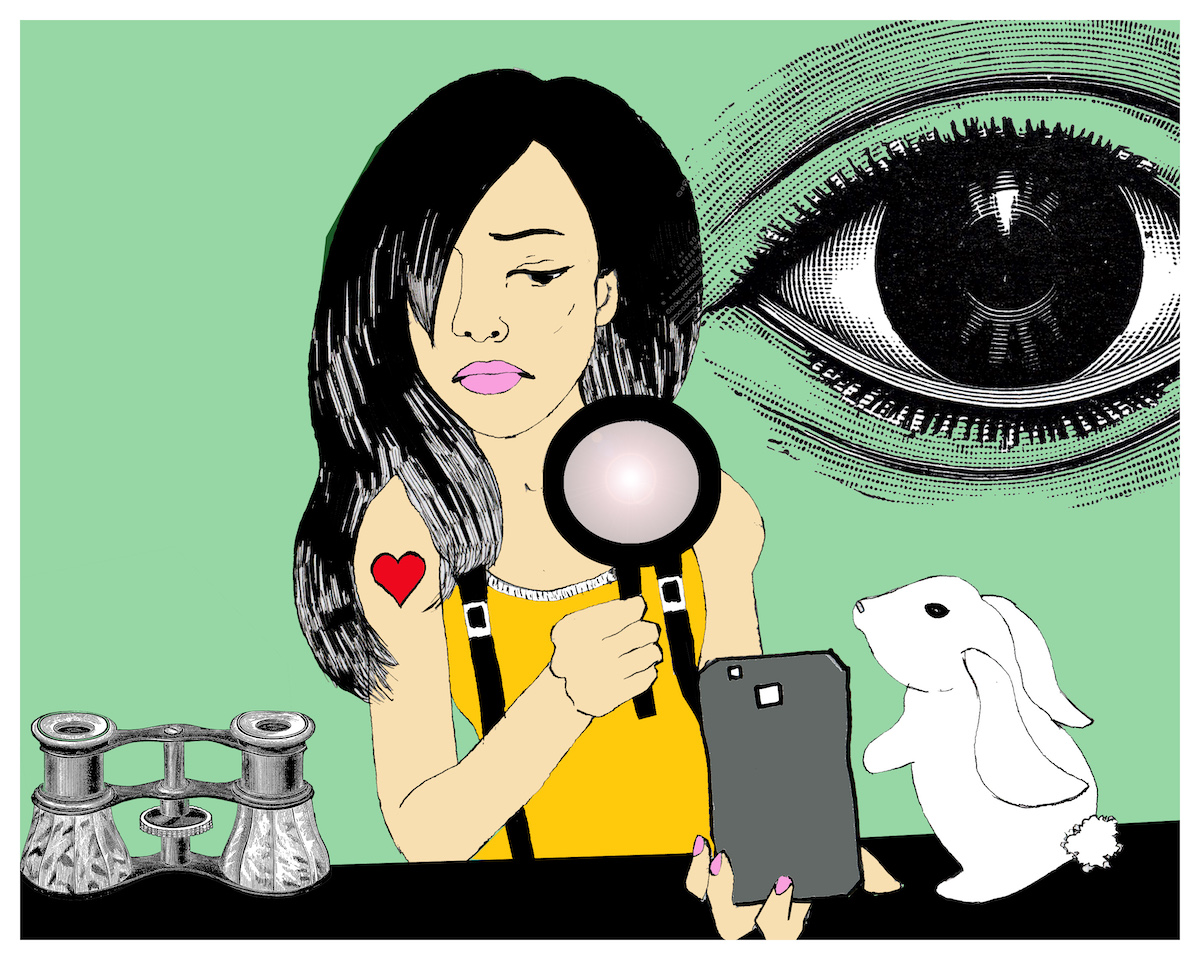 I am having some really challenging issues in my love life.

I have been with this guy for almost two years now. The first year we were in the same city, and the second year he moved to another city for a job which is like a four hour drive.

Things were going fine until the point when he started making new friends in that city.

I have to agree I am quite insecure about things in general. He didn't tell me initially that he made friends to avoid any kind of fights, and I found out about this by stalking him on apps like Venmo and Facebook.

He told his friends about me. To make me feel less insecure, he even put his WhatsApp with me, but since I stalk him a lot, he blocked me on Facebook and Instagram, which bothered me a lot.

I can't stop stalking him again and again by making fake accounts, using friends’ accounts, and things like that.

So I think this stalking habit is making things worse for both of us. My boyfriend is someone who is private about things and someone who doesn't like to be told what to do and what not to do. Because of this stalking thing, whenever I see that he posted something or followed someone, I can’t control myself — confronting him about this, asking him about it — which makes things so messy. He ends up being furious about it and shutting me out for days.

He keeps telling me that he won’t do anything wrong, but he doesn't want me on his social media until he is sure that I don't stalk him.

All these things really bug me a lot, and I don't know what to do because talking with him doesn't help.

Can you please suggest me something to get over this problem?

Yours is a question that I get quite frequently. Social media stalking is, unfortunately, a common behavior when someone is not feeling secure in a relationship.

I have seen this happen many times. Insecurity is present, social media stalking ensues, it pushes your partner away, and the insecurity grows. I know this feels like it’s about your relationship, and it may well be. The thing is whether he has done things to prompt this insecurity, or it’s self-manufactured is irrelevant.

This is a decidedly unhealthy cycle you’re in, and getting to the bottom of it is imperative for your mental health.

I strongly suggest seeking the help of a therapist to get a clearer picture of what’s happening here. From what you mentioned in your email, it sounds like you’ve expressed your insecurities, and he has mostly responded/taken actions designed to make you feel at ease. I can understand why your boyfriend is feeling frustrated by your behavior. That said, your gut keeps putting up red flags.

Your intuition is telling you that something about the relationship is not working for you, even if he has done nothing wrong.

As I said, therapy would be so beneficial for you to sort out what is really going on. There are also support groups like CoDA (12-step program aimed at addressing compulsive dysfunctional relationship behaviors). The more you take the focus off of what he is doing and on to what you can control, the better off you will be. It’s not healthy for you or your relationship to waste time and energy stalking him on social media.

Who would you be without stalking him?

When you feel compelled to start investigating every Venmo transaction or Instagram comment, take a moment, and choose another action. Pick up a book, watch TV, write, go for a walk, meditate. Commit to choosing another activity for 10 minutes. When that 10 minutes is up, commit to another ten minutes and so on.

Obsessive behaviors like this are often rooted in the ritual of repetition, and we have to make decisions to change those patterns actively. Try that technique for the immediate and, longterm, work to get at the root of all that insecurity.

The information within Ask Erin should in no way be interpreted as medical advice because I’m not a medical professional. But I am here to help — to share with you the wisdom I’ve gained after years of making mistakes. If you have a question for me about relationships, addiction, dating, friendships, depression, parenting, sex, consent, what I’m watching, what I’m reading, Malachite (my fave), or anything at all, use the contact form below or email me: askerin@ravishly.com. As always, your anonymity is golden. Lastly, I’m so excited to share with you my Ask Erin Self-Care Guide, free when you sign up for my newsletter, which contains a behind-the-scenes look at STRUNG OUT and the publishing process, exclusive extras and book giveaways only for newsletter subscribers, recommendations to get you through the week, extra Ask Erin content, and more.. xoxo.