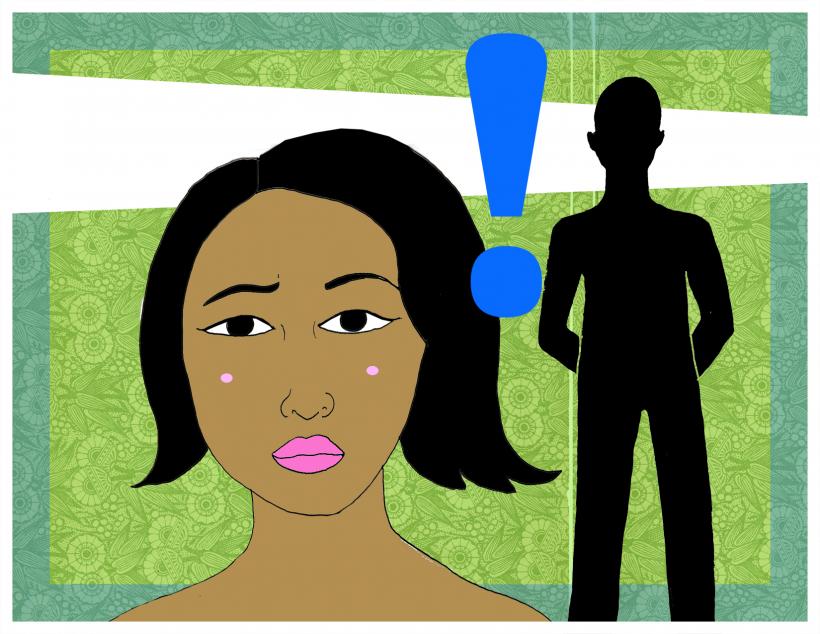 Almost a year ago, I wrote to you about my one-night stand with a co-worker. Your advice and predictions were absolutely spot on.

As you predicted, the man was not only hiding a relationship, but his partner was pregnant.

I found out through a post on Facebook announcing their new marriage(?!)/relationship and addition to the family. To say I was gutted is an understatement, and not because of feelings, but rather, that absolutely awful, sickening feeling of guilt towards her and her child despite him telling me he was single.

I have no idea whether she knows what happened (and while I am someone who would want to know if a partner of mine had cheated on me, I don’t think I’m the right person to tell her, and I certainly don't want to ruin their family). I did not say anything to him about it, instead kept quiet.

A month after that post (and coincidently, the day his child was born), I received a package in the mail at my work address. He had sent me a copy of his new book, alongside a letter saying that he was thinking about me, and wanted to see me again (just as you predicted), no mention of the marriage or the baby. Keeping what you said in mind, I ignored the letter, thanked him politely for the book, congratulated him on his marriage and new child, and then promptly deleted him from Facebook and ended all contact indefinitely.

I went to therapy to help work through my feelings of anger, hurt, and guilt, which has helped immensely, as well as learning to let go of the attachments I had made. It's probably been about ten months or so since we've had any contact.

Since then, I’ve met a wonderful guy that I’ve been seeing for a while now (as you predicted!), and I generally feel more confident, and loved, and just better overall. The problem I’m having is, despite all the above, I still often think about that man. It is certainly not in terms of affection or want or desire as it was last year, and it's certainly not all-encompassing like it was either, but I don’t know why he’s still in my head or under my skin.

I think perhaps a part of me is scared that he'll try and derail my career because I've refused to be some overseas mistress, and that is constantly playing in the back of my mind.

Why can’t I stop thinking about this person?

I'm worried that the next time I might have to see him, like at a conference, that all my hard work will be undone.

What more can I do?

You Might Also Like: Ask Erin: How Do I Stop My Feelings For Someone Other Than My Boyfriend?

Well, I am happy you cut him off and got yourself out of a situation that was bound to end badly. Further, I am thrilled to read that you’ve met a wonderful — and more importantly, available — partner.

Don’t let nostalgia for who you hoped that guy would be, and wasn’t, ruin the relationship you have now.

Because, to remind you, you fell for a fantasy, not the real person. The real person behind that fantasy was a cheater who lied to you about having a relationship, and a child on the way. He’s a louse — a liar and a cheater. You don’t want that.

What’s unsettling you is the lust that set all your pheromones off when you hooked up. That feeling of someone getting under our skin can be mistakenly there because we had good sex and then it was taken away. Your memory of that hookup is in your body, even if your mind remembers that it was a bad situation. And I get how powerful that can be. I really do. But it’s not grounded in reality.

The reality is he is married with a kid, and you already know he is a liar and a cheater.

No good can come of any contact with this guy outside of work. I do not believe that he will try to derail your career. This kind of guy likely has more than one mistress, overseas or not.

Why do you think about him? Because we often get hung up on the ones who almost were, the ones who disappeared, the ones we couldn’t have. Despite how strong that pull can be, remember who he is and who he is not.

As for the next time you see him, remember all of the facts. He lied and cheated. He ghosted you. This would end badly, for all of you. Don’t go there! I don’t know if the person you’re with now is the one for you. But I am fairly certain your old co-worker is NOT.

The information within Ask Erin should in no way be interpreted as medical advice because I’m not a medical professional. But I am here to help — to share with you the wisdom I’ve gained after years of making mistakes. If you have a question for me about relationships, addiction, dating, friendships, depression, parenting, sex, consent, what I’m watching, what I’m reading, Celestite, or anything at all, use the contact form below or email me at  askerin@ravishly.com. As always, your anonymity is golden. Lastly, I’m so excited to share with you my Ask Erin Self-Care Guide, free when you sign up for my weekly newsletter. xoxo

If you like this article, please share it! Your clicks keep us alive!
Tags
Ask Erin
one-night stands
cheating
infidelity
co-workers