#JoniDoesBabecamp Day 1: A Flat Tire And A Bag Of Weed 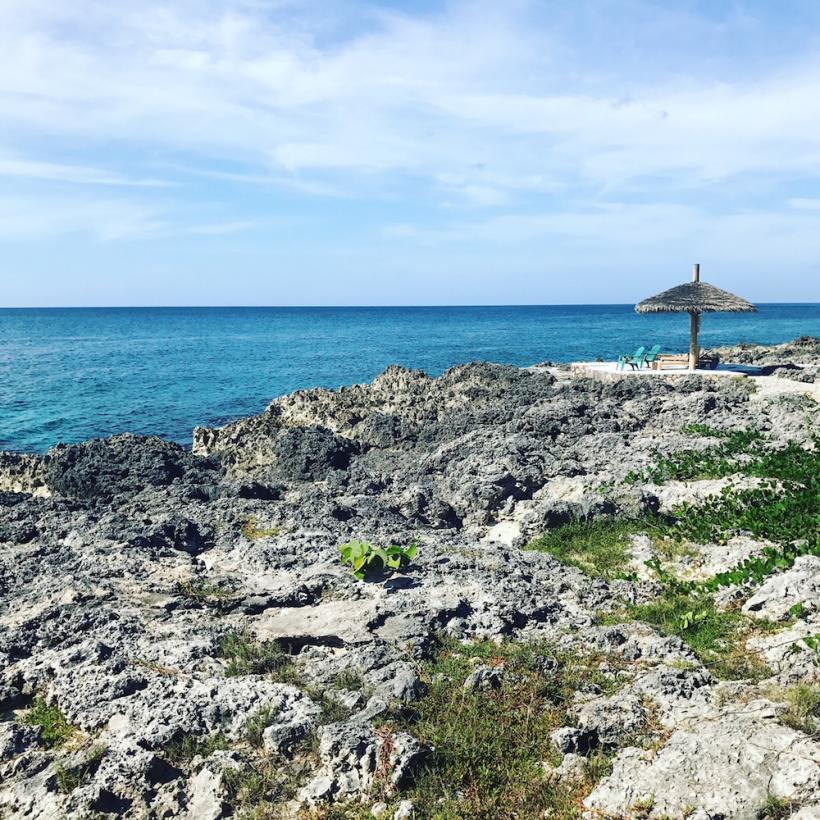 I was prepared for the insects, the tiny lizards showing up in unexpected locations, the deep green of the hills, the crystal blue of the ocean. But there is no preparation for this kind of sticky solid air humidity.

The woman at the customs counter in Montego Bay was no kinder than the TSA agent in LAX. Maybe people who live and work in a place that everyone else considers a vacation destination would like to go on their own vacation. Probably to somewhere with less trash in the street (gorgeous place, but lots of litter. Kind of like San Francisco, but also not).

I rented a car which was… a risk.

NO, DUDE. THE HIGHWAY IS NOT OK.

I probably should have bailed out when I couldn’t even figure out how to get gas (they gave the car to me with NONE. Thanks, guys!). But I didn’t. Because I LIKE ADVENTURE!

(I had already paid for it, and you can't get a refund.)

I needed a bank because the gas I finally put in the car took all my money. Really the gas was only $32, but the guy took $40 and I guess he thought the remaining $8 was his to keep.

I didn’t have the energy to fight about it. I was just grateful he pumped the gas for me.

He gave me some sketch directions to a bank. And by sketch I mean, “Go right. Down that road. Yah mahn.”

So I went right. Down that road.

About a mile in, I look over to see a random dude knocking on my window.

He motions for me to roll down the window (on the passenger side, which is ACTUALLY the driver’s side), and because I LIKE ADVENTURE! I did.

He tells me he’ll show me the bank. Which is the best thing I’ve heard all day. I follow him into downtown Montego Bay.

He proudly shows me around downtown: Sam Sharpe square (where Sam was hanged), the first jail, the museum, the first church. He tells me everything I should be photographing. He tells me the history.

History: Some, but I get the feeling that a lot of it is buried under colonial erasure and tourism. FUN.

He tells me his name: Glenroy.

Glen has a one gold front tooth and one half front tooth. He takes me to the bank ATM, which is inside a tiny room that locks.

This is not comforting.

Tourism is quite obviously the commodity here. There are no buildings that don’t have the wares of an artisan or street vendor hanging. The people are kind of aggressive (frantic hospital driving. But mostly very kind (Glenroy).

Drunks guys passed out in street: 4

Glen tells me to hide my wallet, always. He shows me the rest of downtown and fights with an aggressive street vendor on my behalf.

“NAH MAHN. She don’t want your bracelets. Go away.”

I decide that Glen is my best friend ever.

My new Best Friend Ever, Glen, takes me to a neighborhood where there are street vendors selling piles of plantains, at least 7 stray dogs, a pile of garbage bigger than my car, and apparently one of Glen’s good friends. I wait while Glen dips inside.

He returns with a bag of weed.

Glen drops the weed on my lap and tells me I have to smoke the native green. When I tell Glen that I don't have any way to smoke the "native green,” he pops back into the same building he came out of. I now have a bag of weed, papers, and a lighter. 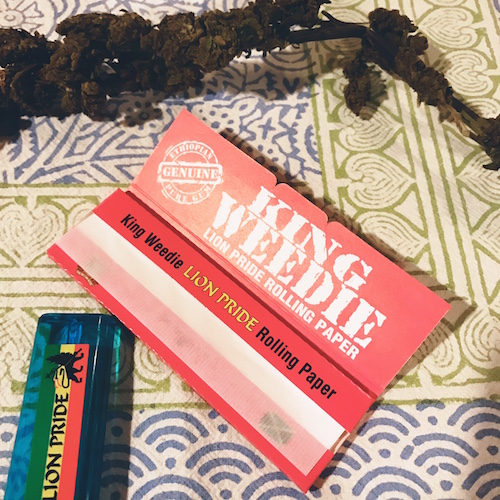 The bag of weed is the size of my forearm. I don’t know how to judge weed quantities, but Glen tells me everyone can carry two ounces. I assume that’s how much. However much, it’s A LOT. The buds are still attached to the... stalk of the plant? The branch? Whatever, the weed is on a stick. It's weed on a stick.

I don't have the heart to tell Glen that I can't remember the last time I smoked.

Money in hand, weed in glovebox, fear only slightly dissipated, we go back to the airport to pick up three of my fellow ladies.

I part with New Best Friend Ever Glen, and then the ladies and I are en route to our destination, which, according to Siri, is an hour and a half away.

If only Siri knew about Jamaican roads.

I don't know if Rental Car Guy has psychic ability, but it didn't take me long to drive straight into a pothole that might as well have been a canyon.

My passengers were definitely wishing they'd opted for the shuttle instead of risking their lives in this tin can car.

I had every intention of changing that tire myself until I realized the manual was in Japanese. Thank you Universe and couple from Texas/Jamaica who stopped to save me from myself. And to the Jamaican guy who helped me with the tire, whose name I did not ask because I was meditating on my paranoia about having to drive again.

I didn't know if giving him money was appropriate.

Luckily I had a huge bag of weed.

Total trip time at this point: 1.5 hours. Thanks Siri.

I only knew that the place I found was a tire place because there was a giant pile of tires in front of it. Even then, it was questionable.

We arrived at the resort a mere 2 hours after we were supposed to. And by resort I mean cute little place with cabins and screened in porches and no AC.

All the babes sat together and swam together  in the ocean-side, sea water-fed pool and talked about swimwear and life, and ate chocolate that didn’t have weed in it. Otherwise, it seems like weed is pretty much everywhere. 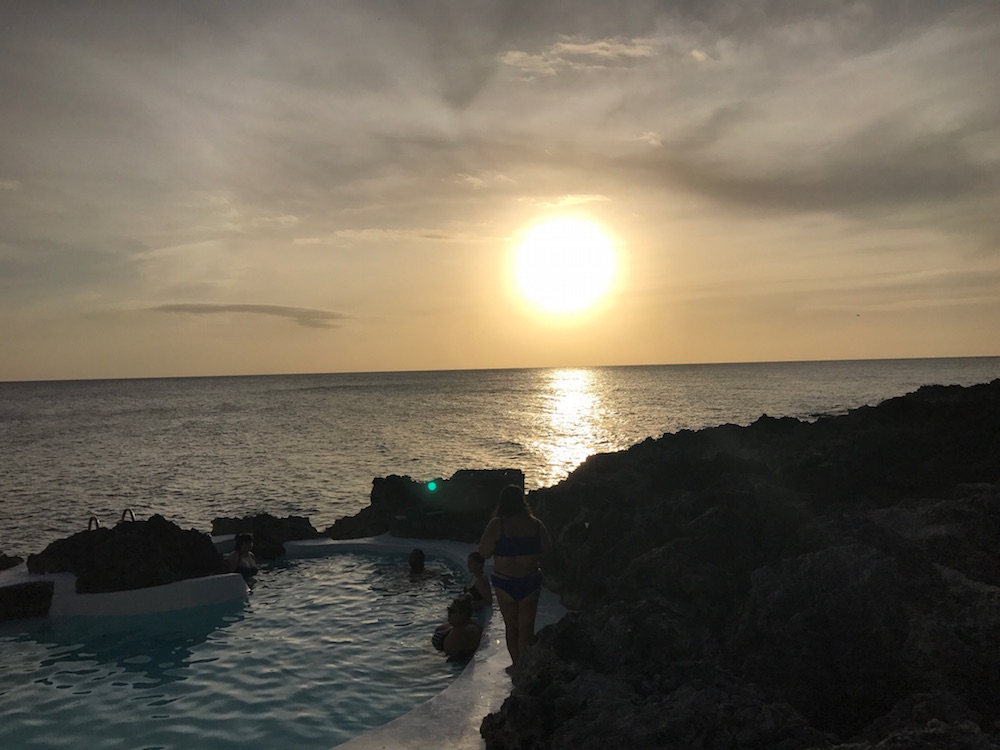 PS: I may be a fatty, but I have no idea how to roll a “Fatty.” There were some other babes with that skill.

I’m writing this on my back in bed. There are four fans. I haven’t slept in 36 hours. I just dropped my phone on my face while typing this.

I can hear things chirping, the sound of the rustling trees, maybe even the ocean. This is a good place to be.

If you like this article, please share it! Your clicks keep us alive!
Tags
babecamp
Body Positive
Jamaica
fat positive
Travel
#JoniDoesBabecamp