"Nothing Tastes As Good As Thin Feels"? 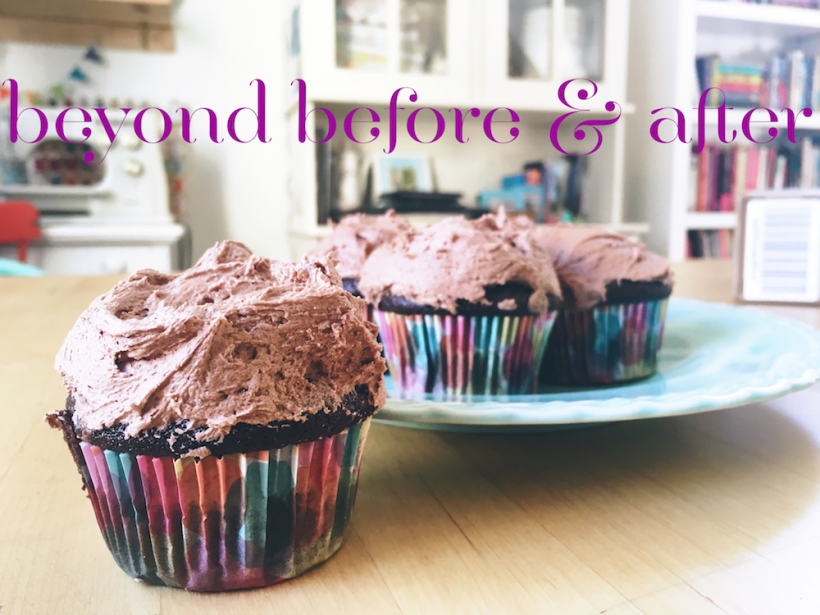 People in the weight-loss industry (and in my gym) like to say, “Nothing tastes as good as thin feels.”

I think it’s safe to say that “people” have never had my chocolate cake with homemade buttercream frosting (it has espresso powder in it, OK?).

If I’m being frank, there aren’t many things that taste or feel better than that cake.

I never mastered the balance of cake and thin: It’s always been one or the other.

I don’t want to pick sides, but I don’t know how to live in the middle.

I either count every calorie down to a cherry tomato or eat a cake with reckless abandon.

I’m either on the scale twice a day or refusing to even look at it.

There has never been a middle ground.

I read somewhere once, that for maximum filling capacity, you should chew an almond forty times.

Do you know what happens when you chew an almond forty times?

It becomes not an almond.

It dissolves, right along with your enjoyment of it — if you even liked almonds in the first place.

I used to eat almonds this way, during one of the never eat cake ever again ever seasons of my life. I don’t do it anymore, but still, every time I eat almonds, I have to try not to count. Forty times. Subconsciously, like breathing. Chew. Count. Chew. Count.

I remind myself: You don’t have to count this almond to the point of pulverization.

Not unlike the reflexive almond chew tally, I have the reflexive recall-the-calorie-value-of-almost-everything-I-put-into-my-mouth: an egg, a banana, an apple, string cheese, a cup of pasta/rice/cereal. I loathed Calculus, but I can’t escape my OCD, my history of diet mania, and my natural urge to add. Breakfast: two eggs, one piece of whole wheat toast, one teaspoon of butter. 295 calories.

I learned these values when I was counting “points.” I have the gift, and curse, of an excellent memory. I couldn’t forget them if I tried.

Instead, I have to learn that I cannot unlearn these numbers — I can only learn not to use them.

I’m powerless in the face of the scale. It’s a drug. It abuses me, discourages me, taunts me. I’m strung out on scale withdrawal. Morning to evening, and everywhere in between.

I asked my psychiatrist if she could give me some stop point (that’s what they call a thing that is supposed to remind you why you should/should not be doing a thing) to remind myself to stop counting — a rubber band on the wrist, maybe?

She said no. She said that I overachieve.

She said that it’s important to know that I would probably just come up with reasons to snap the rubber band until I was bleeding.

I might have learned this overachievement somewhere. It might be because I yearned for love as a child and compensated by just being The Best At Everything.

I talked to you about the scale last week. It’s a tool I’ve proven that I will use to punish myself.

I said I wouldn’t weigh myself. I said numbers don't matter.

And then I broke my promise to you. I made the same promise face-to-face with my oldest and dearest friend — a pinky-swear.

I broke that one, too.

I’m powerless in the face of the scale. It’s a drug. It abuses me, discourages me, taunts me. I’m strung out on scale withdrawal. Morning to evening and everywhere in-between.

The scale is hidden now, for the second time. (I’ve already found it once.) I confessed to my husband that I had plucked it from the top of the linen closet: “It’s not like I was LOOKING for it. It was right there in my face.” I plucked it and placed it on the floor and weighed myself three times, just to be sure.

I found the scale and stepped on it and then I waited two hours to tell my husband.

When I told him it needed to be hidden again, he looked at me, puzzled. Like, genuinely puzzled. “Can’t you just not step on it?”

I saw what I perceived as profound disappointment on his face. “I just never thought I’d have to hide my own scale,” he said.

“Sorry,” I said. “My psychiatrist said to throw it away. But I told her I’d have you hide it.”

I cried because I’m a 41-year-old woman with five children who runs a website and a house and can do five things at once — mostly pretty well — but I can’t stay off the scale.

I cried because the things I want so desperately for myself, I can't seem to find.

It’s not the number on the scale as much as it is that is has gone down.

I want to lose weight.

I’m scared to say it out loud because I don’t want to be judged by my colleagues, the ones I love and respect so deeply, who fight so hard everyday to just be fat and seen.

I'm scared because I don’t want to fail the people who are watching me because they, too, are seeking their own middle ground.

And I don’t want to want to lose weight.

But diet culture is deep in me. Deep.

In the last two weeks, I drank my body weight in ounces of water. Every day.

I didn’t count a single calorie, or at least I didn't add them up.

I am six weeks into this and I’m still figuring out how to do this.

I suspect I’ll be figuring it out forever.

I want to walk without pain. I want to chase my kids without being winded. I want to ride my bike and feel powerful, not exhausted. I want to take up space, comfortably.

But all I know is cake all day or cake never ever again, ever.

I’m trying to find that middle ground, some soft space that exists between inhaling the cake and hitting the gym every day of the week (and twice on Sunday). I have to believe that there is life without My Fitness Pal, life that includes cake and excludes self-loathing. I want to land in that space and feel the pillowy softness.

I want to know that I can live without spending every minute of every day obsessed with the scale, with food, with what I can eat, what I can’t eat, with what size I wear.

It’s time for me to figure out how to define “success” in a different way.