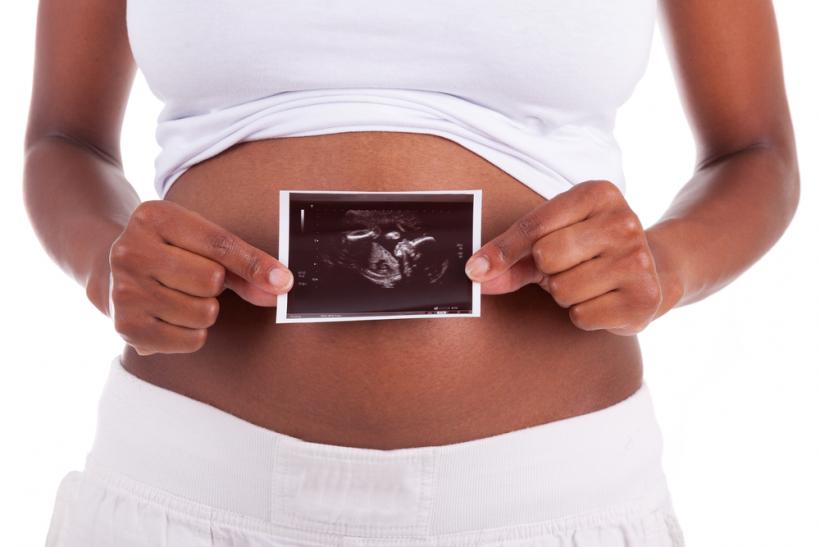 I'm afraid of the day that I have to explain sexism to her. I get teary-eyed at the thought of explaining racism to her.

It's strange to think that at the end of the year I will be the mother of a daughter. I still feel weird when I say it out loud.

It isn't strange because I'm having another child — I've gone through the motherhood transition once before and have an almost three-year-old. But for some reason, being the mother of a daughter feels like the stakes are much higher. And when I consider that I am going to be the mother of a Black daughter, I get anxious. There are so many things I wish I could apologize to her for about the way the world works and she hasn't even been born.

In some ways, life will be different for her. She will be the second child of a military family with a work-from-home mother. That's a sharp contrast to my single mother who worked tirelessly each day and had to do almost everything alone. But having married parents isn't enough to fight off a world that already has assumptions about who she will be before she's even taken her first breath of air.

I'm afraid of the day that I have to explain sexism to her. I get teary-eyed at the thought of explaining racism to her.

My daughter will eventually notice she has less freedom than some of her peers, but she won’t understand that my fear comes from the fact that Black children are robbed of their innocence. Black girls are over-sexualized from adolescence, and society denies them a value.

You Might Also Like: Fear Of The Free Black Child: Alternatives To Fear-Based Parenting Amid Police Violence

Through the years, I'll have to teach her the best way to navigate her sexuality in a world that thinks it belongs to anyone but her. We will have to set a foundation for representing her self-interest in a society that demands her all but doesn’t reciprocate before she even knows how to read.

I believe I will influence her, but I know she will change me.

I foresee many battles coming her way — just like there was for me, my mother, and her mother before her. But Black Womanhood is an exclusive group marked with secrecy and strength. We find ways to bend without breaking. And we make a way out of no way often.

She will be the continuation of a legacy.

I will do everything in my power to raise awareness on the issues that might impact her life. I will speak as loudly as I can while I await her developing voice. I hope that one day she decides to be the voice for someone too. But more importantly than that, I hope that one day she has the freedom to be silent. Because silence is the product of privilege that only comes from not having the weight of the world on your back.

If you like this article, please share it! Your clicks keep us alive!
Tags
black daughter
black mother
pregnancy