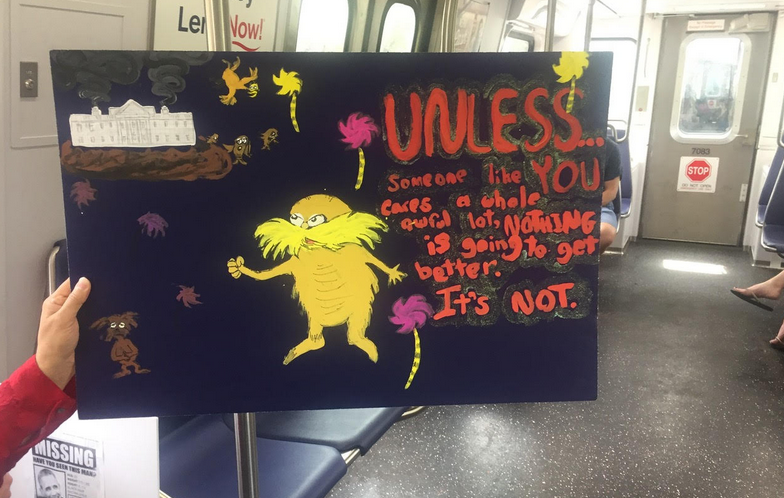 “Anyone have tips for bringing a kid to a political protest?” one of my friends posted on Facebook.

It was around the March for Our Lives, and he was trying to make a decision many parents were facing. But almost every single response was negative. Several people implied he would be putting his child in danger. At the time, I was the lone voice of dissent. Trying to be encouraging, I responded, “As someone who actually did this, my kids were fine.”

But they were more than just fine. They were great.

Looking back, I’m so glad that I brought my kids to the People’s Climate March last fall to protest climate change. With the way the world is going, I plan to do it again this year too.

Bringing them to the march demonstrated to them that even they could have an impact. 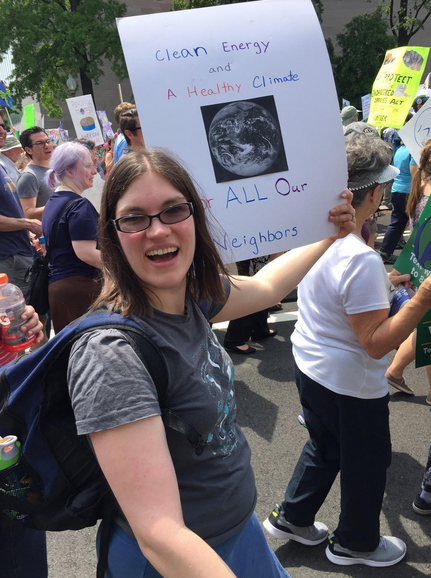 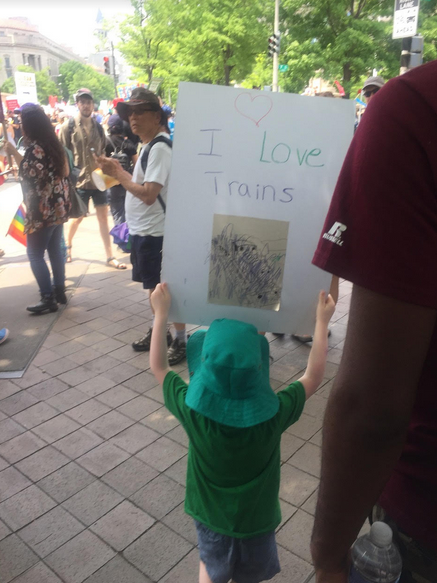 Kids are too young to vote, and adults often ignore or ridicule them when they try to speak up on policy issues. (Exhibit A: Republicans’ response to the Parkland teenagers.) Protests and lobbying create a way to participate in the democratic process. Telling my state representatives exactly what I thought about environmental issues when I was in high school was pivotal to my becoming an activist.

While my one-year-old didn’t know what was going on, my four-year-old definitely did. I wasn’t ready to go into the full implications of climate change, but I did explain we were letting the President know that we wanted clean air and water for everyone. My son may have had a higher pitched voice than most of the protestors, but it was no less important. As my younger son grows older, we’ll tell him about how he also counted in that mass of people on the street.

Participating as a family also helped my older son see we’re not the only people who care about these issues.

Reading the news about daily atrocities can be isolating and disempowering. You want to close your computer, shrug and say, “What can you do?”

If it’s overwhelming for adults, it’s that much worse for kids. For now, my kids aren’t aware of most of the bad things going on. But my older son does know that we do a lot of “green” things like composting and walking places instead of driving. As he gets older, I’m afraid he’ll think that’s weird. But when you’re surrounded by people who are yelling and singing their hearts out about the same issues, you remember that you aren’t alone. You’re part of something much bigger and more powerful than yourself.

Phoning your Congressional representatives is important, but after a few calls, it switches from being terrifying to dull. In contrast, the morning of the protest, my older son colored in his own poster — “I love trains,” a pro-transit message. He was so proud of it that he held the poster up for most of the march.

Participating in the march itself was exciting too. In the beginning, we pointed out funny signs and costumes, including people dressed as characters from The Lorax. Midway through, Native Americans protesting the Keystone XL pipeline danced to booming drums. As dire as climate change is, these pops of color and theater helped make it a little easier to deal with.

We never did finish the march. The oppressive Washington D.C. heat got to us first. Thankfully, we weren’t the only ones — there were many other families in protest t-shirts eating ice cream afterward along with us. But even though we didn’t get to the White House itself, we sent a message. The kids are here, and they demand to be heard. Policymakers better listen.

If you like this article, please share it! Your clicks keep us alive!
Tags
Peaceful Protest
protest
parenting
Kids
Politics

Why I Brought My Kids To A Political Protest
Shannon Shea