Fear Not The Empty Nest: A Mother's Reflection 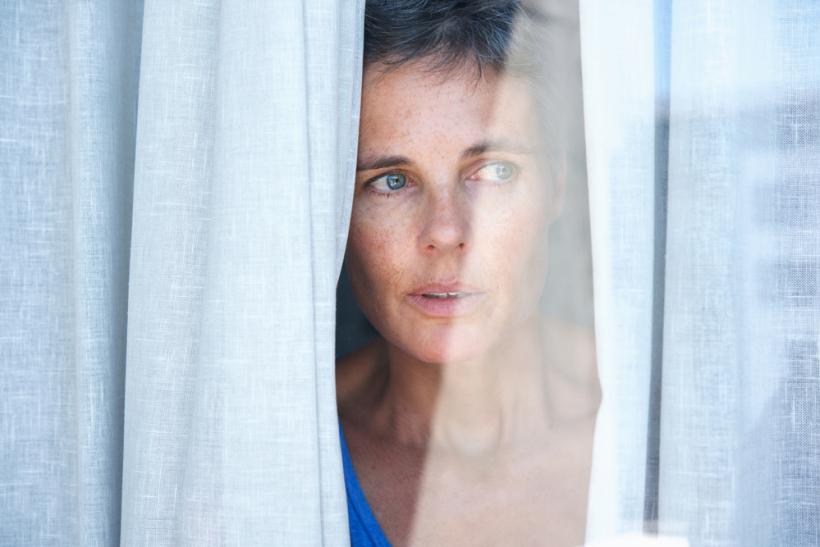 “The days are long, and the years are short,” writes Gretchen Rubin in her book, The Happiness Project. It has never felt truer than now, four weeks away from an empty nest. My daughter is already a junior in college, but my son — number two of two — leaves for his freshman year across the country soon.

The only parent-life that I have known where my fingerprints have been all over every decision is ending.

It’s not necessarily that there are specific things I am going to miss, but the fact that this part is over. How are the magical, terrible, mundane and sometimes endless days that stretched out over so many years just ending? Why does it feel so abrupt? And even though I’ve done this once already, letting my son go is completely different. Maybe it’s because he is “the baby.” I too am the baby of my siblings, but our experiences of leaving home are vastly different.

The day before I left Los Angeles for college in Colorado my mom stood in our kitchen in her gray shorts and white long sleeve t-shirt ironing every piece of clothing I owned. She hung each item from a hanger, lining them up on the stairway bannister. This was her particular brand of making me feel special and cared for.

“You’re welcome,” she’d say smiling. “Maybe one day you’ll do the same for your kids.”

It was a generous gesture and it was also the sum total of her participation in sending me off to school. My older sister flew with me to Colorado and got me moved in. My mom had some practical reasons for why she didn’t take me herself. We’d just moved, she’d just quit her job and it was cheaper to send me with my sister. But, she also generally avoided doing things that made her feel uncomfortable. I can understand that. Sending your kids away to school is the very definition of bittersweet. The sweet part is that they are at the threshold of their future, an expanse of possibility laid out before them and they have no idea how fantastic it all is. My heart literally swells when I think about it. The bitter part is that we are closing the door on such an important chapter in our lives, saying goodbye to their youth and in a sense to our own. Who am I going to be now that I am not doing daily full-time parent things?

I catch myself looking longingly at the mom pushing her cart through the market with a six-year-old lagging behind.

A sense of dread creeps in at the prospect of my cart not filled to overflowing with Eggo’s blueberry waffles that the kids ate for breakfast, tortilla chips for taco Mondays, and apples and melon that I sliced and served with what felt like every meal. I pass them in the cereal aisle and imagine they are having a version of the same debates I had with my kids about Life cereal and Lucky Charms.

Logically, as an adult, I can appreciate why someone would want to avoid all the messiness of this phase, but as I stand at the edge of my own empty nest, I cannot understand why someone would. Won’t that make the empty nest feel emptier? I don’t want to miss one bit of this separation and the rollercoaster of emotion it promises.

The days are inching closer to when we will deliver my son to college and when I look at him now I see his life flashing before my eyes.

His light blue fleece blankie that he slept with for years. His Buzz Lightyear action figure. A sippy cup. The blood-soaked dish towel on his head driving to the ER. Peanut butter smeared across his cheeks and lips after breakfast. Snowman pajamas. Foot-stomping defiance as he begged to have the training wheels put back on the two-wheeler. Christmas morning. Crying about how hard his kindergarten homework was. Setting up his sleeping bag alongside all the girls at his seven-year-old sister’s slumber party. Falling asleep at the dinner table. Holding my hand. Tucking a handkerchief in his pocket for a day at school with a runny nose. First time getting caught in a lie.

His hands stuffed in his pockets walking to Little League practice. Giving the sermon at church. The goodbye letter he wrote to the boy next door when we moved. Every Halloween costume: Buzz Lightyear, Mickey Mouse, Stitch, Indiana Jones, Dr. Who, Batman, Clone Trooper, Superman, Captain America. Riding bikes across the Golden Gate Bridge. Dodger games. Disneyland trips. Ice-blended Mochas at Coffee Bean. Legos. Purple Dimetapp. His indignation that no one would help him up after getting tackled in flag football. Monopoly. Looking for sticks to make S’mores. Watching primary debates. Middle school debate finals.

His first girlfriend. Being grounded for lying. Comic-Con. Watching the plane take off for Michigan debate camp. Tears after failing the driver’s test. Endless silence on our Midwest college tour road trip. The second girlfriend. The second break up. Taking his phone for poor grades. His closed bedroom door. A long hug after getting his driver’s license. A painting of Snoopy and Charlie Brown on my birthday. His face at college orientation in June. His tender heart.

I can’t say that I fear the empty nest. I am looking forward to spending more time with my husband and the freedom that comes with no kids at home to manage. I somehow am keenly aware that it’s is not the place for my kids anymore.

A wise friend said when her baby left for school, “I’m not sad because I didn’t miss a minute of any of it. I’m ready.”

If you like this article, please share it! Your clicks keep us alive!
Tags
empty nest
adult children
adult kids
mom
mother
motherhood

Out Of The Ordinary: Christmas Treasures
Trish Cantillon

Fear Not The Empty Nest: A Mother's Reflection
Trish Cantillon