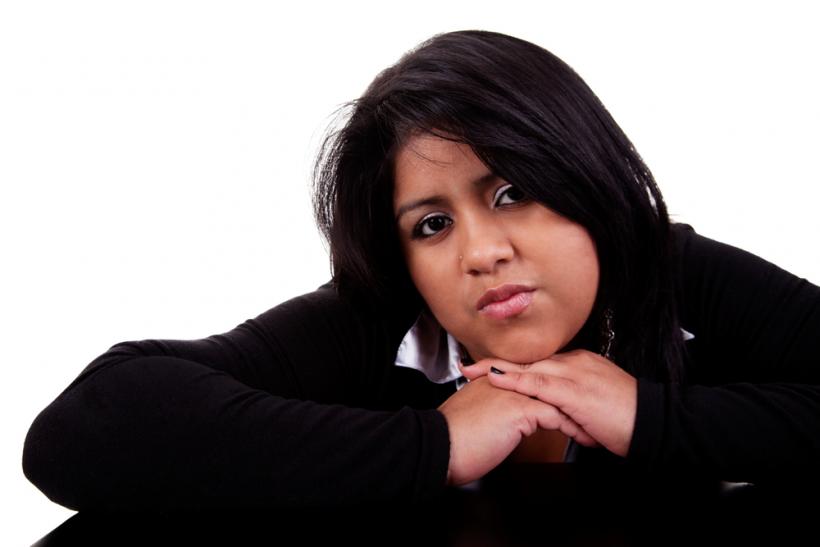 One of the reasons that narcissists are so troubling is their lack of compassion and awareness regarding how their behavior affects other people.

Whatever you want to call them — players, womanizers, etc. — they’re master manipulators who pretend that the woman they’re with is the only woman in their life when, in reality, they don’t have much of a connection with them at all.

The truth is that men like this are narcissists and are even more emotionally dangerous than the men who are afraid they’ll be mocked for their attraction to fat women.

One of the reasons that narcissists are so troubling is their lack of compassion and awareness regarding how their behavior affects other people. They don’t care what happens as long as they’re able to feed their egos.

Men aren't the only people who are narcissists, and fat women aren't their only prey — narcissists are attracted to people that they can control. However, there does seem to be a high percentage of narcissists who use a fat woman's vulnerability to their own advantage.

I don’t care how body or fat positive you are, we all have moments where we feel less than or where we believe that our extra weight makes us unworthy of love. Narcissists don’t have to work very hard to figure out what buttons to push to grab our attention — sometimes just being treated like an attractive woman is all it takes. ​

Now, hold on, Narcissist, let me say it before you do — yes, some narcissists are only attracted to stunningly beautiful women because they feel that it reflects better on them. This is correct, but it’s also true that a fair number of narcissists go directly for the fat woman who may not be as confident or comfortable with herself and is more easily manipulated.

I don’t care how body or fat positive you are, we all have moments where we feel less than or where we believe that our extra weight makes us unworthy of love. Narcissists don’t have to work very hard to figure out what buttons to push to grab our attention — sometimes just being treated like an attractive woman is all it takes.

At least that’s how it happened for me.

During acting class, he smiled and complimented me. I was flattered at the time, but now I wonder how I could have been so gullible. Later, when I was slowly taking off my clothes — more as a way to delay the inevitable full display of my body than a striptease — he said, “You’re not fat at all.”

This was the highlight of the first time I had sex.

I don’t remember much about the act itself. We were at his place, which was an attic apartment in an old Victorian house not far from school. Tony (not his real name) was olde and a talented actor. At the time, there were a lot of guys in the department that were interested in me (I was too focused on my weight-imperfections to notice), but Tony managed to manipulate me into believing that being with him wouldn’t be only about sex — we’d have a real relationship.

Once the sex was over, I laid there while he went on to tell me in vivid detail about all the women he’d slept with beginning with his away-for-the-summer dancer girlfriend and ending with the fattest woman in the Drama department — not me.

While I was thrilled to find out that I wasn’t the fattest woman he’d ever been with, it still didn’t take away the feelings of shame and insignificance I was feeling.

What I didn’t know was that it wasn’t about me at all. It was about him and how many women he could collect and use — the narcissist’s way. Whenever I saw Tony after that, I ignored him, and he quickly moved on to a new conquest.

Narcissists need a constant stream of people to contribute to the myth that they’re the best looking, most charismatic, and smartest person in the room. In the most recent season of My Big Fat Fabulous Life, the show’s star, Whitney, reveals herself to be in love with a man named Avi. While he is never shown on camera, she talks about how amazing he is and how she could really see their relationship going somewhere. She is gutted when she finds out that while they were dating, he was engaged — but that wasn’t all. The deeper Whitney dug, the more women — all fat — she found had been used by Avi.

Dating two or three women at a time is complicated enough, but Avi had a whole fat harem.

Whitney tried to get Avi to come clean for the world to see, but he was cagey and managed to avoid apologizing or even give any explanation for his behavior. I know that things are staged in reality television, but this storyline felt authentic to me, and Whitney handled it very well. I don’t care how big your production staff is — finding out a narcissist has conned you is painful.

When you’re with a narcissist, you want to think that things will be different with you.

We’re all special; however, it’s unlikely that even if you’re a reality TV star, a narcissist will never be satisfied with you. In the narcissist’s mind, their victims should be grateful. A narcissist loves all his women — at least for a little while and doesn’t understand why women get angry when he’s done with them. They had a good time; he made sure never to indicate that they’d be together forever, and if he did make a promise that he couldn’t keep, the woman should know that at that moment he almost meant it.

After my experience with Tony, I became an expert on narcissists, swearing once again that I would never fall for another one. I’d be their friend, learn from them, and continue to guard myself against them. And for a while, I kept myself safe from these emotional criminals.

But narcissists are good at what they do, and ultimately, I met one online and fell hard. I thought I was safe because he wasn’t especially good looking or overly confident. He made it seem as if I was special and that he liked a woman of size. It turned out that part was true. He did like fat women because he was involved with hundreds of them — and I’m not exaggerating.

Sometimes I wonder if I would have been such an easy target if I had been weight-height appropriate and had more self-esteem.

A narcissist may date you if you’re fat, and they may even momentarily love you, but ultimately, they will destroy you and make you doubt that you’re worthy of love at all. Narcissists are skilled at turning it around and making their victim pay the price for their emotional abuse.

If someone seems too good to be true, too charming, and too slick, run in the opposite direction because they mean you harm. Don’t think you can outsmart them. They’re masters at playing the game, and it won’t matter if you’re plus-size or straight-size. They will use your vulnerabilities against you.

If you like this article, please share it! Your clicks keep us alive!
Tags
narcissists
bully
fat women
fat woman
shame
fat shaming