Finding Out You're Pregnant When You're Done Having Kids 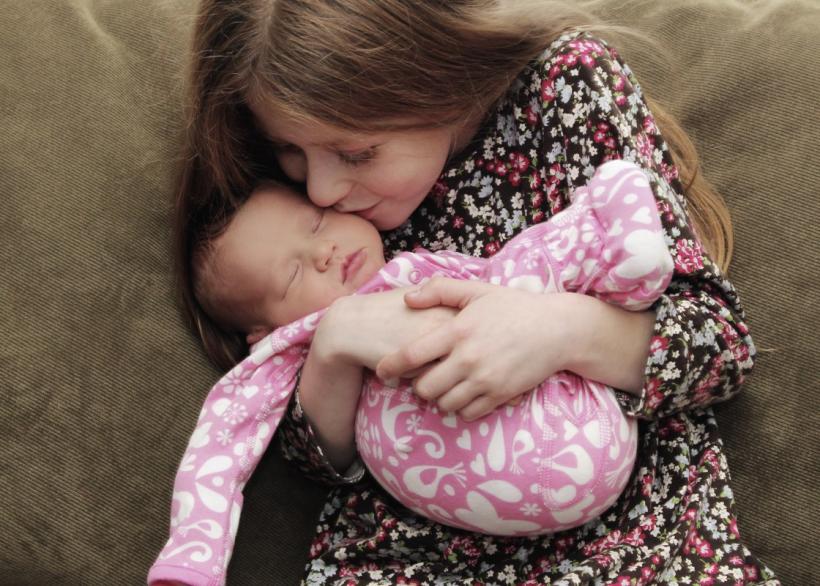 I walked back into our bedroom and showed my husband the little strip with the telltale two pink lines, sat down on our bed next to him, and about five seconds later our three children came wandering into our room and launched into a thousand demands, as they do.

So number four was on its way. This was happening. We would be crossing over from the acceptable bonus baby into the whispered about "big family" category.

It was a Sunday morning. I don't know if the both of us were shocked into silence, but there we were, about ready to go through the whole shitshow yet again. The most immediate questions of when (the day I got back from that trip to NYC and wanted to thank him for taking care of the kids while I had fun with my friends) and how (I guess we just weren't paying attention) were eventually addressed, as well as the inevitable, "we'll have to tell our families soon" details were ironed out. (Mine at Easter, his when they got back from their Paris vacation.)

We had just Craigslisted our baby gear, of course. This should have been a sign to be extra careful. But at my "advanced maternal age," just how fertile could I be? Would one time in one month really be that productive? The short answer: extremely.

So number four was on its way. This was happening. We would be crossing over from the acceptable bonus baby into the whispered about "big family" category. I knew my husband was terrified, but he did a fabulous job of keeping that to himself, knowing that the next several weeks would be an emotional and physical roller coaster for me before coming out the other side. There would be doctors' appointments, hospital stays, home health nurses, and all of the chaos of my usual hyperemesis with which to contend.

The baby in nine long months was the least of our immediate worries.

Eventually, though, my sickness subsided, and our little girl grew bigger. Family pitched in and offered us replacement baby equipment, as well as boxes of diapers. My older children fought over who got to feel their new baby sister's kicks through my stomach. We took the trip to Disney World that had been in the works for over a year, and even though I was unable to drink my way through the Magic Kingdom as previously anticipated, I managed to survive and even enjoy it.

But there were concerns, legitimate ones, with which to contend. Our home was already cramped with the five people currently living in it. Where would this child sleep? The three existing bedrooms in our townhome are small and barely fit us already. And what about all of the added expenses? Would I be able to keep working part-time with yet another baby?

And there were comments from most everyone we knew. "Was this a surprise?" "Are you done now?" "Have you considered different birth control?" For all the well-intended concern, there was the added burden of public opinion.

And as my belly grew, so did my anxiety.

When my Nora was born, my husband stayed with us at the hospital for those first two days of sacred quiet. It was the best of both worlds: the years of parenting meant this wasn't as terrifying as those early days with our first child, but just being the three of us meant getting to know our little surprise without the chaotic love of our other kids.

We brought her home on a Wednesday afternoon, just one week before Christmas. The lights of the tree reflected off her squishy little face, barely visible through the layers of blankets and crocheted hat. I braced myself for the stampede that I assumed awaited me when my parents brought home my older children. Instead, they crept through the front door silently, approaching the bassinet with the what I can only imagine was the reverence of the shepherds approaching the manger.

There would always be worries. Money, space, time. These would not go away easily.

But this little one, this accident of ours, could not have been more loved if we had plotted and planned her existence.

I don't think it is possible.

Finding Out You're Pregnant When You're Done Having Kids
Jenn Morson