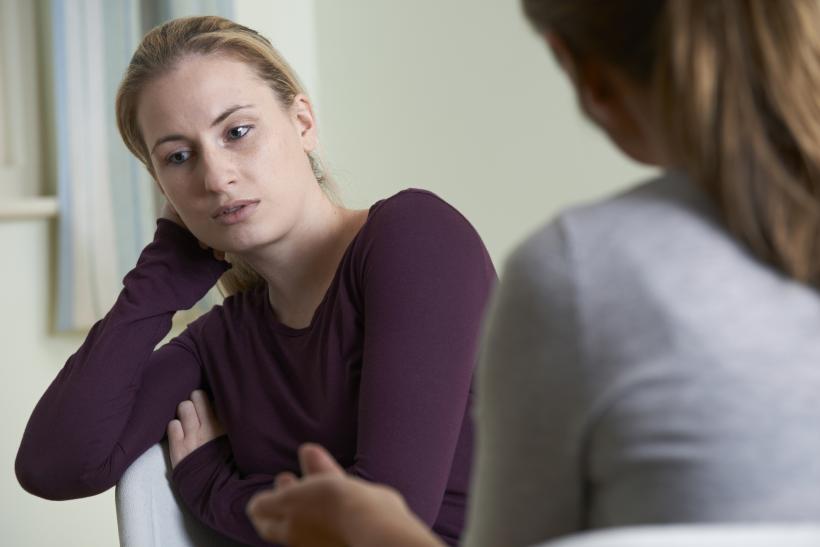 Nothing made me feel as bad as when I ghosted my therapist.

I’ll admit it; I, Jennifer Sara Glantz, have ghosted my fair share of guys in New York City.

I’ve accepted their anything-but-romantic text message invitations to meet them for a cup of coffee, a glass of happy-hour priced wine, a quick dinner at a fast-casual spot. I've listened to them strike up forgettable conversations and eyeballed my watch to plan my grand exit from the date, hugging them goodbye and head-nodding when they said, “Let’s do this again sometime, okay?”

Which is why — when they sent follow-up texts, Facebook messages, emails that landed in my work inbox — I felt like I had to sit back, relax, and pretend I never saw their message or met them in person. I completely ghosted them the first time they followed-up, the second time, and even for one persistent guy named Josh, the eighth time he tried to reach out for date number two.

But in my history of ghosting guys that I went on less than mediocre dates with (who I should mention, usually made me pay for my cup of coffee, glass of semi-stale wine, or dinner that came in a to-go container that was scarfed down on a plastic chair outside the restaurant), nothing made me feel as bad as when I ghosted my therapist.

I'd gone 29 years without ever seeing a shrink. Something I might brag about now, but really, looking back, was a missed opportunity. My anxiety, mood swings, and periods of depression should have landed me in the chair of a professional therapist years and years ago, but I was too stubborn to say yes and too cheap to shell out a hundred dollars to get the help I needed.

That’s why when I was presented with the opportunity of going to a therapist for free, for one session that was provided to me by a program offered at my job, I said a giant yes and booked my first appointment the very next day.

When I arrived at the therapist’s office, I didn’t know what to expect.

Would I be getting comfy on a soft pleather couch? Would I be hugging a box of tissues as I talked about my childhood? Would I sit there and revel in my own regret about being there?

The hour we shared together was a combination of all of the above. The therapist was brasher than I hoped she’d be, tougher than I wanted her to be, and made me leave there feeling bad about myself, my actions, and my personality traits.

But she also got me to sign up for two future sessions before I left her office, agreeing to pay her close to $150 for each. I was in such a fragile mindset that she could have asked me to pull out my credit card and book her a cruise to the Caribbean and I would have at that moment, but thankfully she didn’t, and fortunately she didn’t make me pay for the sessions upfront, because I never went back to see her.

My name lived on her calendar, the appointment resting there in permanent marker. The day before I was supposed to go in for sessions two, she texted me to confirm, called me to double confirm, and sent me an email asking if everything was okay.

I ignored it all.

I tried to craft a response saying that it wasn’t her, it was me, and I just wasn’t ready to get help or to go back. I thought about telling her that I had to move far, far away, to another planet for a little while, and I’d be in touch when I got back. I thought about telling her the truth — that we just didn’t hit it off and she wasn’t the therapist I had hoped she would be. But instead, I wrote nothing back. I completely ghosted my therapist just like I did to the guys I had been on first dates with.

At first, I felt terrible imagining how confused she must have been and even worried. I wondered if Karma would strike and I’d see her on the street, as we were both walking to our destinations, and she’d ask me why I chickened out and didn’t go back to see her or have the decency to tell her that I wanted to cancel my appointments, but that never happened either.

I let it go, knowing that the next time I ever gave therapy a chance, I’d keep things causal.

If you like this article, please share it! Your clicks keep us alive!
Tags
therapy
mental health
self care
wellbeing
ghosted
therapist.