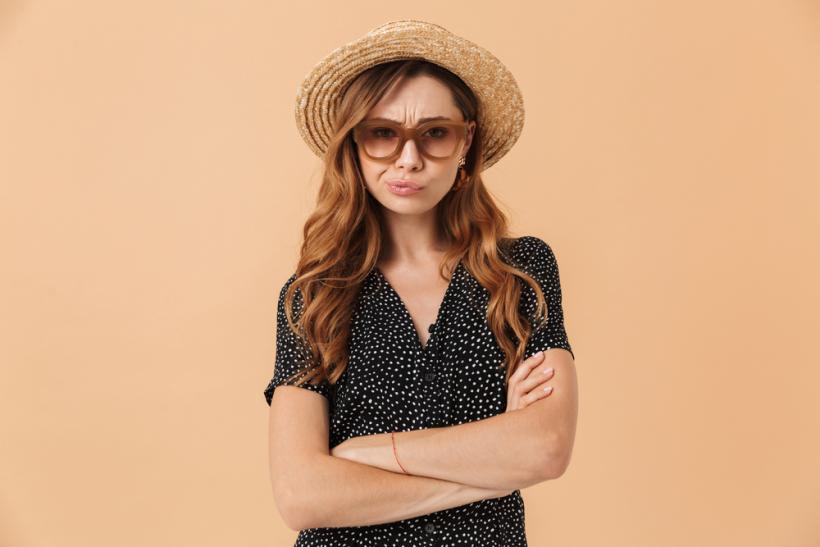 So my ask to all of the people out there who are married, engaged, or in a relationship, please stop asking us single people to do these four things.

A few years ago, I had just received a gigantic promotion at work, found out that I paid off all of my debt, and won an alumni award at my college, yet all my friends wanted to ask me about or talk to me about at brunch, dinner, or at hang-out sessions, that month was why I was single and what I was doing about changing that.

“Nothing,” I replied, trying to change the topic to brag about all of the other amazing things happening in my life.

“Well, you really should start taking dating more seriously if you ever want to meet someone,” one friend said back to me.

That’s a common conversation that my friends try to have with me, as if my relationship is the only thing that matters to them and showcases my worth. While it’s frustrating to have to sit there and listen to them, roll my eyes in between commenting back that I’m fine being single and I’m have a lot of other great things happening to me in life, it’s not as bad as all the other things the coupled up people in my life try to make me do again and again.

So my ask to all of the people out there who are married, engaged, or in a relationship, please stop asking us single people to do these four things. I personally thank you in advance.

When I was a kid, there wasn’t any other kind of party that I loved more than a wedding. Big celebrations, all in the name of two people coming together and professing their love for one another, came with excitement, endless cake, and a chance to show off my dance moves as a DJ cheered me on. But as I grew up, my relationship status stopped me from enjoying weddings. Aside from never having a plus one (or being invited to bring a plus one), I felt completely embarrassed by the traditional bouquet toss that comes after the cake was cut and before last call at the open bar. Having to stand beside the other single ladies at the wedding, stepping on each other’s toes, and reaching our arms up to the sky to catch a tied together bumch of flowers that would die later that week, was awful.

Everyone seated at their table, married or engaged, watches, claps, and makes us feel like we lack the same kind of status that they have. It's made me leave weddings early. It's made me hide in the bathroom if I couldn’t leave early enough. It's made me feel as though being single was something to be ashamed about or something I had to change fast — or else. Which isn’t true at all. Instead, toss the bouquet to all of the guests, and whoever wins gets to take home the leftover cake. I’d be all for that.

When you’ve been single for a little bit, it’s a kind gesture to have friends calling you, offering to set you up on a date or two with the only other single person they know in the universe, or so it seems. At first, you’re eager to go because it beats sitting at home swiping on dating apps. But after the first two or three, you start to wonder how well your friends actually know you. You start to find yourself sitting across from the worst possible love match for you in the entire world. You start to wonder if the only reason your friend thought you and this person would hit it off is because you both have one, and only one, thing in common: you’re both single.

Instead of just scrolling through your list of friends on Facebook, take the time to listen to what your single pal is looking for in a potential partner. Do a little bit of the dirty work for them, before arranging for them to have a staring contest with a person you feel is a decent match. It shows you care about them, want the best for them, and, most importantly, aren’t looking to waste their time or their Friday night.

Stop Making Us Listen to Your Love Cliches

The very last thing a single person wants to hear is, “You’ll meet someone when you least expect it” or “There are plenty of other fish in the sea.” A lot of the cliches around finding love are just sayings with very little meaning behind them. When you’re single, you don’t need to always receive motivational messages urging you to stop looking for love because that’s when you’ll find it or that opposites attract so be more open to meeting different kinds of people. What you want is someone who is willing to sit beside you on the couch and listen to some of your dating disaster stories and comfort you with a pint of ice cream or a bottle of wine.

Rather than trying to inspire your single friends with overused cliches, be there for them in the ways they need it, with the language you’d want someone to use on you. Chances are they are probably hearing those same cliches from their family members when they go home for the holidays. Be a good friend and ditch them from your repertoire of things to say to your single BFFs.

Stop Make Us Get Dating Help

When you’re in a good, stable relationship, it can be tempting to want to help those around you find their perfect partner too. But as someone who took on the “super single” title in her large group of girlfriends, sometimes the last thing we want or need is help. When all of my friends were getting married, it felt like they were trying to make sure that I too would be married as soon as possible. I had some friends offer to hire me an online dating coach to revamp my dating profile. I had other friends suggest that I go to a matchmaker. I even had a family member send me a news article about a professional wingman that I should hire to help me go out there and pick up guys. All I wanted was for all of them to realize that being single was something I was OK with and that while online dating was hard and meeting people in real life was harder, I didn’t need their help or the help of professionals.

Ask your single friends if they want professional dating help before hinting that they need it. If they are enjoying the adventure of going on one first date after another, without meeting the right person, let them navigate that world on their own.

Being single doesn’t mean that a person is lonely and it doesn’t mean they want to be called out or purely remembered for their relationship status. Don’t single your single friends out. If only my married and engaged friends realized how much fun I have exploring who I am, dating a mix of the wrong kinds of people, and feeling no pressure to settle down, maybe they’d feel a little less pressure to change all of the things I’m OK with — at least for right now.

If you like this article, please share it! Your clicks keep us alive!
Tags
single
single woman
Friends
single friend
request
bridesmaid