I Regret Judging The Pot Mom 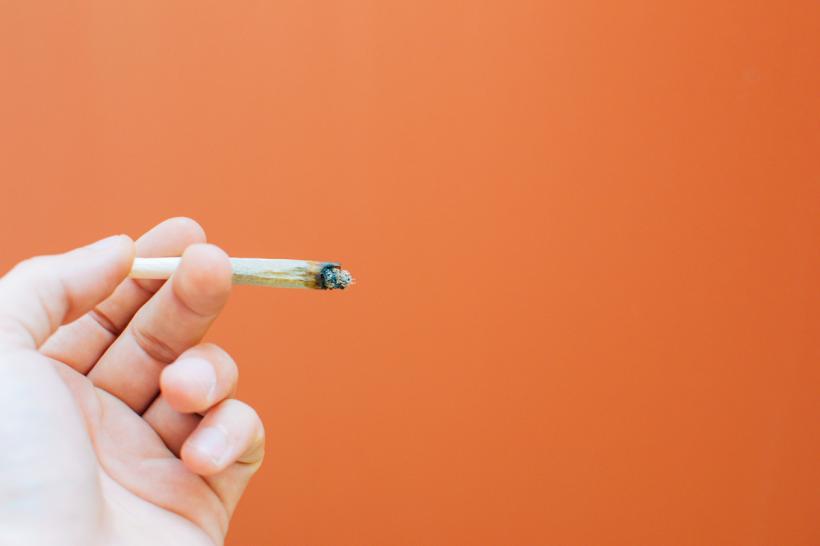 "If I could redo the conversation with her today, I would probably light up right alongside her."

I once judged a mom who smoked marijuana. She confided in me and another mom, and we returned her confidence with some really severe — I mean harsh — mom judgement. Looking back, I can say that I was a complete bitch about her decision to smoke weed and parent two children. If I could redo the conversation with her today, I would probably light up right alongside her.

It happened years ago. I was a young mom in my early 20s, hanging out with two other young moms at a cookout. The kids were playing, our husbands were drinking and standing around the hood of an old rusty truck. We were sitting in lawn chairs at the center of the action, under the shade of a tree in the middle of the yard, trying to make sure no one — including the men — killed themselves.

We were also gossiping when Pot Mom dropped the bomb. I guess she felt comfortable with us, maybe thought we smoked too. I was the black wife of a notorious former smoker (Hubs was a huge pothead in high school), and our hostess was known to pass a joint at some of her adults-only parties.

We had to be cool, right? Wrong. Boy, was she wrong.

“The kids and him,” she stopped and pointed over her shoulder to her husband, beside mine around the truck. “They drive me nuts. Sometimes, I don’t know how to deal.”

I exchanged surprised glances with the third mom, who was the hostess for the cookout.

I nodded. So did the hostess, who was busy taking a few long pulls from her own cigarette.

I instantly knew what she meant. Worse, my face showed how I felt about her kind of “smoking” before I could stop it.

The hostess would tease more information out of this smoking mom while I tried to get my disgusted face changed to something more ambiguous. Hostess got Pot Mom relaxed enough to admit two things that sealed the fate of our friendship with her:

Later, the hostess and I would form that familiar judgey mom huddle where we whisper heinous things about a person while pretending to smile, wave, and act like we were sharing recipes. The pot mom ended up leaving early. My evil ego saw that as a win. She was now the lazy, nasty, dirty, criminal who selfishly endangered her children just to “relax.”

I feel nauseous just thinking about it now.

Today, I would have said so many other things. We probably would have ended up friends. I have been knocked off my “high-horse” since that summer cookout.

It was actually a few years and a few kids after that cookout that I would learn my lesson. I had been battling with ADHD and handling the symptoms fine until I had the other two kids. I also began working part-time and pursuing a bachelor’s degree. The stress triggered massive symptoms ranging from forgetfulness, impulsiveness, and time management issues to panic attacks and depression. I was struggling through my days to complete the bare minimum mothering tasks. Whatever else I got to finish was a bonus. The constant stress had me longing for a moment where I could be my old self.

"I hope that reading this stops your judgement, and prevents you from shaming a fellow mom."

I was officially diagnosed in my early 30s, when I also began trying medications. If the Effexor, Ritalin, or Methylin didn’t have me amped and irritable, the Adderall had me zombified and unable to control my reactionary motor functions. I spent a week on Adderall where I would stare into oblivion until a kid poked me and asked if I was okay. I almost crashed my car that week as well because I couldn’t react quick enough to the driver’s brake light in front of me. These medications are legal. They are, for the most part, acceptable to our society. They would not be judged by younger me. They also took more control of my body than marijuana ever did.

Who was endangering her children now?

Just the crashes from the medications — even after we found one that worked well — rendered me unable to do much more than help Hubs with bedtime.

But I judged a mom for a joint.

Moms all over the country, even in states where pot is legal, are judged for their decision to smoke and relax for the sake of their kids. The stigma around marijuana and the smokers who indulge it is strong. Pot moms are judged and shamed too often because of their choice of self-medication.

But, it’s a choice to treat the same stress and anxiety we all feel as parents (some of us more than others). A 2010 study found that 21 percent of women ages 20 and over used antidepressants. That’s hundreds of thousands of women who are taking these powerful medications. Imagine how many are suffering without the drugs. Yet we judge the mom who indulges a light, natural remedy.

It isn’t like we critics are innocent when it comes to marijuana use.  The National Institute of Drug abuse estimates that 46 percent of adults have used marijuana at least once in their lifetimes. That’s almost half the population. At the cookout, I was a part of the half already and so was the hostess. That didn’t stop our judgement.

I hope that reading this stops your judgement, and prevents you from shaming a fellow mom. Let’s face it, the pot moms are not doing anything that we with ADHD, depression, and anxiety aren’t doing. Our “mother’s helpers,” however, are legal in most states. The Pot Mom’s kids were happy and healthy—that should have been the only thing being judged here.

If you like this article, please share it! Your clicks keep us alive!
Tags
Cannabis
pot
drugs
medication
parenting
motherhood
smoking