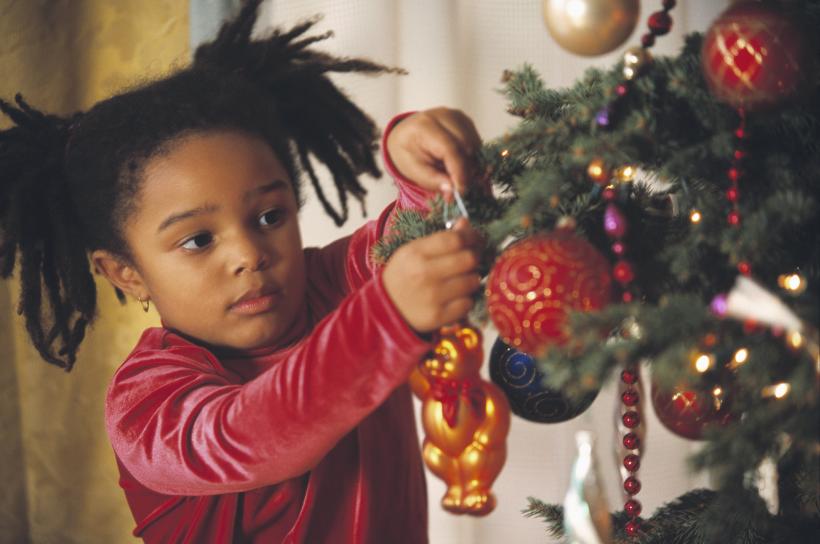 I remember the Christmas that completely killed our childhood wonder.

There was a time in my childhood when Christmas was not magical. It was long after my parents divorced, and my mother remarried. After a few years of their marriage, we found out he was a drug addict.

I remember the Christmas that completely killed our childhood wonder.

My mother was too busy caring for her addict husband to work, so we survived off my dad’s child support sent from another state —often delayed by months — and public assistance. As the holidays, rolled around, my mom tried to buy extras for dinner and stashed them deep in the cabinets and freezer. She hid the extra money around the house to keep it from funding a drug binge. This particular year, she received a very delayed child support check that was a portion of the tax refund my dad received back in spring. She hid the money until just before Christmas.

I think the week before Christmas — it couldn’t have been much longer than that — she went on a massive shopping trip with my brothers. She bought presents for the family and food for the meal. She called us from a friend's house and told us how all the goodies filled up the trunk of her car and the back seat! We talked nonstop about having an actual Christmas at our house and not a depressing day of mediocre gifts and regular, old dinner. We remembered Christmases before her husband's addiction took over. It was only a few short years before. Now, we were finally breaking the cycle. Well, my mother didn’t come home that night. The next morning, we got up and waited. We knew something was wrong.

Sure enough, she drove the car into the yard and instead of popping the trunk and calling us over to get the groceries, she just walked into the house. She had been crying, her face red and puffy. I opened my mouth to ask a question to which I already knew the answer. She lifted her hand and waved me off.

My brothers came in and later gave my sister and me the story. They had stopped at a friends' house to chat before coming home. While she was there, my stepfather said he needed to take the car to get some cigarettes. Later, he called with a story about being robbed — but mom knew better. She had her friend take her to one of his favorites places to binge. The car was there.

When I married and had my own kids, I wanted to be the mom who made Christmas special. The thing is, no matter how hard I tried, Christmas felt like a dark time for me.

Christmas that year was a very somber affair. My stepfather crawled home the day after, and my mom took him back. After that, Christmas was just another day. No one wanted to be hurt as badly as we were that day.

When I married and had my own kids, I wanted to be the mom who made Christmas special. The thing is, no matter how hard I tried, Christmas felt like a dark time for me.

I could plaster on a smile and decorate a tree, but it was not the same. My sister, who has no kids, felt like I did — that the holidays had lost their meaning. But, neither of us wanted another soul to feel the way we did every year as kids.

Around the time my oldest entered pre-school, we began talking about ways that we could make Christmas feel special. My husband and I were young parents living on the cusp of the poverty line. So, having money for a great Christmas was always a nagging problem. Through a series of pep talks and conversations, we decided that no matter how we felt about the holiday, the kids will never know anything but “The Magic of Christmas” — the shiny, sugary, cheerful holiday it’s meant to be.

That first year, we started at Thanksgiving by making snowflakes and hand turkeys. My sister would scout some free and fun stuff to do to keep the “spirit” up — lighting ceremonies, plays, Santa meet-ups, parades, or just driving around the city with warm cocoa in sippy cups and sugar cookies we decorated, enjoying the view. We went to the mall to look at the window decorations and hear the carolers.

At home, Christmas carols played from the beginning of November (despite my husband’s groans) until New Years. To keep the sugar cookies replenished, I baked every other night. The recipe was simple and cheap. The cocoa was too. We even made cookies to give away.

On Thanksgiving, we would play movies that had a Thanksgiving theme. Then it was Christmas movies until New Years. My sister was always a part of all of our celebrations, even when we lived three states away from one another. She would call me for a pep talk, and I would give her one. Our goal was to make sure the kids had the best holiday.

Over the years, these measures have worked to make the memories of an empty trunk nothing more than a story of darker times.

Now, nearly 20 years after my sister and I started our work, I look forward to the holiday. I did concede to my husband to wait until a week before Thanksgiving for the Christmas music, but sometimes I cheat and turn them on during my commute to work earlier.

My sister and I aren’t the only people damaged by Christmases past. What we have done, however, after also receiving therapy from a professional, is to take back the holiday. This in no way erases the past, more damaged memories. Instead, it allows for new experiences, healthier memories, and special traditions. It allows you to fall in love with the season again.

If you like this article, please share it! Your clicks keep us alive!
Tags
Christmas
holidays
family
struggles
hope
holiday traditions