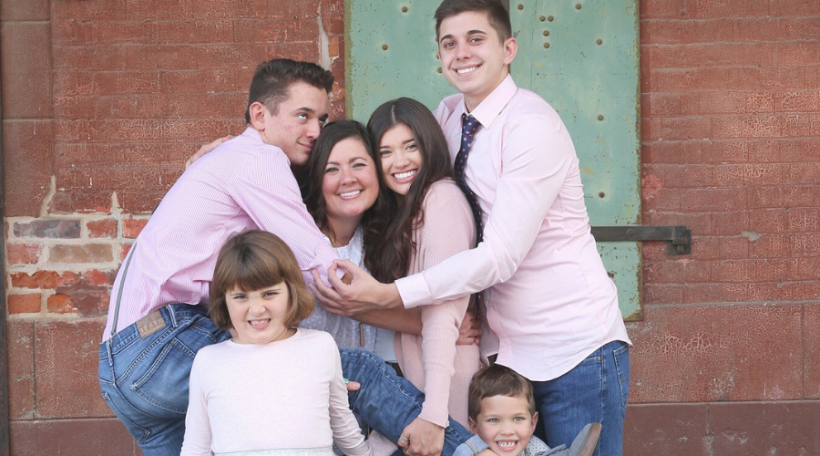 About a year ago, I bought my first brand new sofa ever. I carefully crafted this piece of furniture online to put in the living room of our new house. I saved my pennies, cut out Starbucks and non-essentials, tucking away every spare dollar. I agonized over fabric composition, style — every detail down to the tone of the wooden hairpin legs. I chose a beautiful Kelly green, a linen-cotton blend, mid-century styling.

About a month after the two men delivering it wedged it through our front door and into our house, my six-year-old, jumping around like they do, ripped one of the cushions. I was angry; didn’t he know how much this sofa cost? How important this piece of furniture was to me?

When he heard the telltale sound of tearing fabric, he stopped, standing frozen on the cushion, and looked at me. He didn’t cry like I would have at his age. He didn’t sob in an apologetic attempt to thwart a beating. He just said, “Oops. I’m sorry mommy.” We talked about responsibility, respect of property. I didn’t scream or hit him. I didn’t tell him I wish he’d been aborted or that I can’t even have nice things because I had a child.

I said he made a poor decision choosing not to listen to my warnings about jumping on the sofa. He said he was sorry.

I thought about how my life would have been different if my mother had ever reacted to me in this way. How spilled milk would have just been spilled milk, not conflated into my lack of worth as a human. I wondered what message I would have taken with me into adulthood about mistakes and how we handle them. I considered what critique would feel like now if it hadn’t been so intertwined with my being then.

When I was six, I used to see the school psychologist twice a week. I don’t know how I ended up in her office so often, but it was probably because I cried all the time. I cried so much. It’s not really that surprising that I was weeping every time I turned around, I would eventually grow up to have Bipolar Disorder, Obsessive Compulsive Disorder, and multiple bouts of postpartum depression that worsened with the birth of each of my six children. But as a kid, I just cried. Constantly. My mom, frustrated and impatient, used to pop me on the back of the head and say, “Knock it off or I’ll give you a reason to cry.” So I learned early to cry into a pillow, to scream in my closet, to suppress the emotions that made her so uncomfortable and me such a nuisance.

She told me to stop being a baby. Eleven year olds don’t cry. New schools aren’t that scary. You’ll make friends again. Your teacher will be nice. You’ll be fine.

As I grew and had my own children, I wanted despertely to re-write my past, to invent one where I was the most important person in my mother’s life. I wanted to be on the list above the five men she made my stepdads, above the string of boyfriends, above the booze, the cocaine, the bar downtown with the cobblestone paving and the seat in the corner reserved for me.

And then I got a crier. My third child cried every night for years, terrified the sun was going to burn out. He cried about the moon and where it goes during the day. He cried when he was nervous or frightened. He couldn’t sleep for the worry that I would die before the sun rose. He cried when he went to school. He sobbed when our cat died.

The voice I so often heard when he cried was my mother’s, echoing in the most tender areas of mind — saying, screaming, I’ll give you a reason to cry. But my heart chose compassion for my son so small, so scared. A space for him to feel those feelings, so overwhelming, so much bigger than him. My arms held him and I held myself in that space, too. Wishing my mother could have held me in my fear, knowing that it was valid, healing in the way that only loving another person so deeply can allow.

Eventually, I’d learn to hold myself the way my mother couldn’t.

In many ways, my childhood made me the mother I am today. It made me careful and compassionate and extremely hard on myself whenever I fucked up. It made me resilient and resourceful and capable of setting aside my own needs so I can care for the needs of someone smaller and more vulnerable. I guess my mother was right after all. I’m fine.

I can’t undo what has been done to me, but I can do better. And every time I do better is an act of repair.

If you like this article, please share it! Your clicks keep us alive!
Tags
parenting
re-parenting
trauma
child of an addict
alcoholism
family
compassion