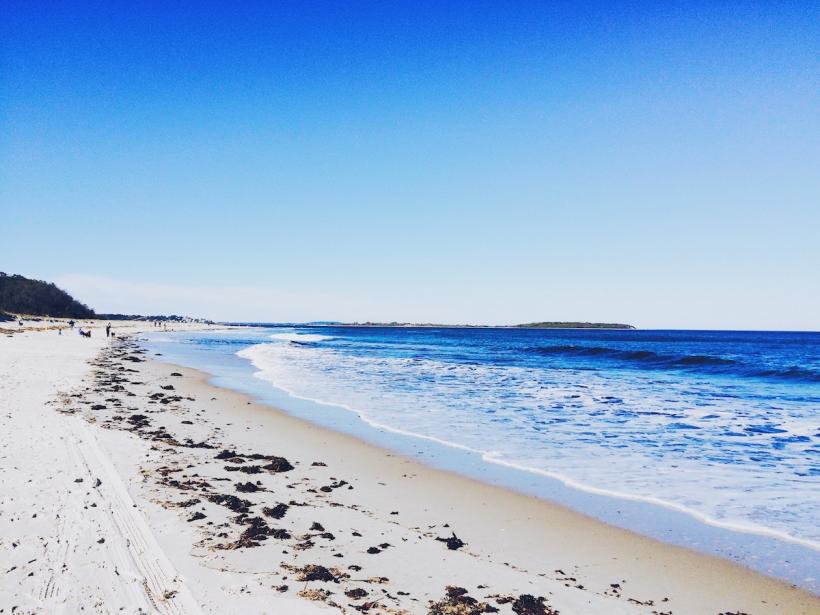 I spent an entire year dreaming of the white sand beaches of Jamaica, of looking out over the teal green water as the only sounds I could hear were calypso drums and the squall of seagulls. No kids fighting, whining, or asking for things they can find themselves. No deadlines, and no responsibilities for five days.

I would have a drink in my hand because my friends told me the rum on the island was the best anywhere. I’d need a drink after flying for the first time — and internationally at that! I saw myself under a cabana or one of those straw umbrellas that look like huts from the top. I’d find a chair away from the chaos and have a long uninterrupted drink, read, and nap. I had two new books on Kindle ready for the beach.

My mom was also flying and traveling outside the US for the first time. We made faces getting our passports, trying to quell the excitement that was bubbling out as the trip got closer. It was my sister’s wedding, so I also heard about the preparations for the ceremony and reception on the resort — right on the beach. And, she was getting married right on the water! Months before the trip, we helped her say “yes to the dress” and matching accessories. My mom carefully wrapped pieces of her late mother’s jewelry to give to my sister before the big moment.

We were all set.

I am a mom of six, with a husband who pitches in, but we are outnumbered. I am also a writer and writing instructor. These are my jobs but they are also (most of the time) a source of joy outside of my family. I had been married and raising kids for 20 years and had given birth to my last baby girl seven months prior to the trip. I needed a break, one where I could unplug and unwind and reset.

No one ever told me that relaxing would be such a hard thing to do.

I began feeling the anxiety as we boarded and changed planes. I shared this with my mom. “This plane ride is a doozy. It’s probably messing with your nerves,” is what she told me. It could have also been her ominous prayers on every takeoff, but okay. I pushed it aside.

By the time we landed on the island, I was full of anxiety. It’s the July weather with humidity so thick you could slice it, I told myself. Or, it's the scenery — which was like nothing I had ever seen before. Jamaicans actually drove on the British side of the street. We pushed our way through to the taxi stand and took a ride with the first guy who agreed to take the posted price. We were soon off on the Indy 500 race to the resort.

Within an hour of landing on the island, I was in my bathing suit and wrap, sitting in a lounge chair with a rum punch in one hand and my phone (Kindle app open) in the other. The beach sand was warm and white. The ocean waters a beautiful sparkling emerald that took up the entire horizon. I was in my paradise.

And crying my eyes out.

That anxiety from earlier had come back to hit me so hard that I had burst into tears the moment my butt hit the beach chair. I was overwhelmed by deep, dark sadness that seemed to have no anchors. The edge of anxiety also made it impossible to relax. I had to keep getting up and walking into the water or I felt like I would climb out of my skin. One of the beach attendants asked if I was okay. I assured him that it was exhaustion from the trip. He nodded in agreement — so that must be a thing that happens to tourists, I thought. I decided to go inside for a nap.

It was when I passed a family — two toddlers, mom, and dad — that I felt a stab. A clue. Family. I missed mine. I rushed into the room to call them but stopped. I was still crying, like the snot and spit ugly crying that put Viola Davis to shame. I was an emotional mess. I had to get a grip before I called or they would think something was wrong. I still wasn’t quite sure there wasn’t a problem.

I had been all about the kids for so long that a day without the noise was a shock.

My mom was also napping so I didn’t want to wake her. I decided to get online and tap into the hive mind that was my mommy friends of Facebook.

“Girl you are homesick.”

After more commiseration and demands that I find a bar STAT, I signed off. I felt a little release in the emotional crush I was feeling, just knowing what the problem could be. I was missing my babies and my hubs. It was dinnertime, one of many noisy, busy, and messy moments in my house. I was not part of any of it. I was sitting in paradise where it was nice and quiet. The loudest noises were the waves crashing against the beach. 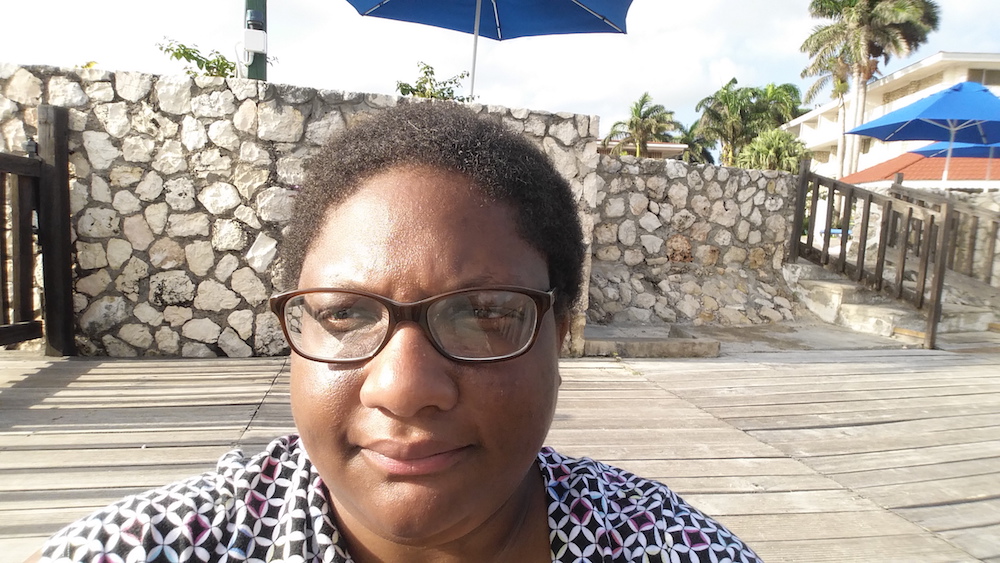 I decided to video chat with the house. Just as I thought, there was yelling, crashing, talking, laughing, music, television, and other sounds. I showed my two-year-old, Connor, the airplane I bought for him before leaving the airport. It was a model of the one my mom and I flew in on. Hubs turned the camera to Quinn, who at 9 months was already cruising around the furniture. I got a baby giggle out of her. Then Connor got the phone and took me on a tour of what everyone else was up to. It took a half hour to convince him to get the phone back to daddy.

That video call was just what I needed. It changed my focus. I was still feeling full, overwhelmed and anxious, but something was different.

Sitting there, after talking to my friends and family, I realized that I was feeling something I hadn’t known 20 years, since my family started. Under all the anxiety and sadness was the source of my emotions: true loneliness.

My mom finally got up and about. We decided to dress and get a good dinner, where I knocked back several yummy cocktails with plenty of people around. There was a live band, too. My usually shy mother made friends with people from all over the world and dragged me into every new conversation. By the end of the night, we were sitting back on the beach watching darkness over the water. My body was hot from the weather but also warmed from the rum. The anxiety and sadness were leveling down every minute. My mom, stone sober, being a good Christian woman, lay on a lounge chair next to me.

“When I was your age, you couldn’t pry me away from my babies, especially the new ones. Quinn is still practically newborn. I can't imagine how you feel."

Before bed, I video-called hubs again. Quinn was having problems sleeping. We talked until she dozed. I got ready for bed that night and worried that I would be up all night because of the anxiety, and worse, feeling this terrible all weekend. At some point, however, my mom says I started snoring mid-conversation. I slept for 7 straight hours! Something else I hadn’t done in years.

I woke up early and ready to explore the island. For the rest of the trip, I was able to rest. I got many naps on the beach over the next four days. I didn’t finish my book, but I did learn how to open a coconut with a machete. I learned that Jamaican artisans gave discounts when my mom swapped stories about home and grandkids with them. I even came close to setting my single mom up on a date with a guy from the island!

And the wedding was beautiful. My sister glowed. I told her about my first day and she even understood. I had been all about the kids for so long that a day without the noise was a shock. We talked about gifts for everyone, which I got from my mom’s new friends before we left.

Now, I tell all my mommy friends going on vacation for the first time without the family to leave some time for the breakdown.

The crying, the emotional downpour, the loneliness, and homesickness. Leave time for it, but don’t wallow in it. Instead, dress up, find a place full of people, music, and booze. Spend a few hours having fun and then get a good night’s sleep. You should be okay for the rest of the trip.

If you like this article, please share it! Your clicks keep us alive!
Tags
vacation
summer
Travel
Jamaica
beach
motherhood
parenting
self-care