I'm Sick Of Men Confusing My Assertiveness With Being Needy 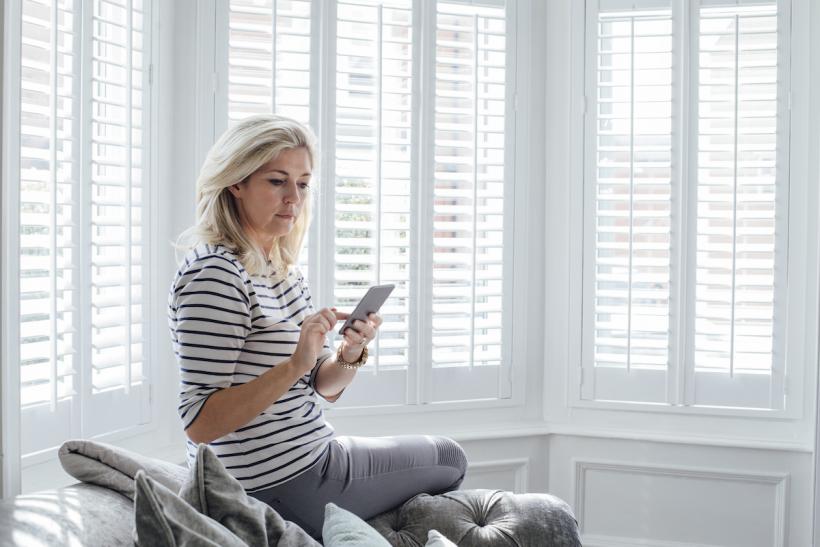 A few years ago, and after many short-lived romances, I employed a dating coach to teach me the art of dating. I wanted to learn where I kept sabotaging myself, and of course, meet my perfect match.

One piece of advice she drilled into me was how to assertively give feedback to show your boundaries without appearing needy. At the time I struggled to voice my feelings, though she believed a woman who was self-confident could do this without ever being seen as needy. So I took her advice on board and slowly began to feel confident in speaking my mind instead of letting my emotions bottle up. Ever since then I’ve been giving my dates feedback and being more assertive with my approach – although sometimes being a little too sassy!

Though recently, I found myself feeling more frustrated than ever and wondering where I was going wrong. I’d fallen for someone, and the feeling appeared to be mutual. There was just one little problem; he cancelled almost every date at the last minute. I really liked this guy, but could feel myself slipping back into my old pattern of bottling things up, so I gave myself a pep talk and wrote him an assertive but friendly text to tell him how I felt.

"Was I meant to bottle my feelings up and play the part of the easygoing ‘cool girl’ that is the total opposite of me?"

I was clearly oblivious to the fact he was, for lack of a better word – a bit of a dick, and we obviously weren’t suited. But needing closure on the situation, I proceeded to survey a large pool of anyone with a penis to get some male perspective on the situation.

I felt chuffed with my literary works of art that my girlfriends helped me co-author after many drafts back and forth in our group chat.

Yet a portion of the male survey group warned that me voicing how I felt and pulling him up on his poor form branded me as a needy nag.

I was stumped on how I was meant to communicate how I felt if it would constantly have me being branded needy. Was I meant to bottle my feelings up and play the part of the easygoing ‘cool girl’ that is the total opposite of me? (And arguably a non-existent life form.)

The advice I was given was exactly that: to embody the cool girl every man wishes he could date. Being calm and carefree was attractive, yet stating how I felt – even though it was assertive – was a bonafide turn-off.

I do believe there’s some merit to what they said. Often we get so worked up over nothing that it’s easy to sabotage something before it starts. But I don’t believe every discussion of feelings is an act of neediness.

It made me think back to past relationships, and how in some I could so easily express how I felt, while in others, the simple mention of any emotion started a fight that left me feeling like I needed to walk on eggshells.

So as women, can we ever openly express how we feel without sending men running for the hills?

For any relationship to be successful, we can’t bottle up how we feel, because it will only burst later down the track. If you can’t have a conversation with someone, this should be a red flag you both aren’t suited and should probably just get back on Tinder.

Neediness can also have a lot to do with the other person and their ability to take responsibility of their actions in a relationship. A lot of people project their shit on others and find it all too easy to slap a negative label like ‘being needy’ on you instead of owning up to their own actions.

We shouldn’t have to change ourselves and live in constant fear of speaking up about our emotions to have someone crush our concerns with a simple label. I believe you can openly discuss the important stuff in any relationship without being needy. But I think the key difference between being assertive and being needy is self-confidence and knowing your self-worth.

It’s never needy to let someone know how you feel in a relationship, but it is needy if you expect them to reassure you of their feelings multiple times a day. It’s being assertive to give your partner feedback when they do something that disrespects your values, but you’re being a total nag if you continue to bring it up in a fight, even after they’ve said sorry for it.

I know I’ve been guilty in the past of letting my insecurities rule my emotions, and it’s definitely sabotaged relationships. But now that I’m a lot more confident in myself, I’m going to voice my opinions and I’m not going to be apologetic about it. If I’m dating a guy who can’t handle my assertive nature and calls me needy when I voice how I feel, I’ll just take that as a big neon sign that he isn’t the one for me.

If you like this article, please share it! Your clicks keep us alive!
Tags
Love
dating
Relationships
needy
assertive
communication