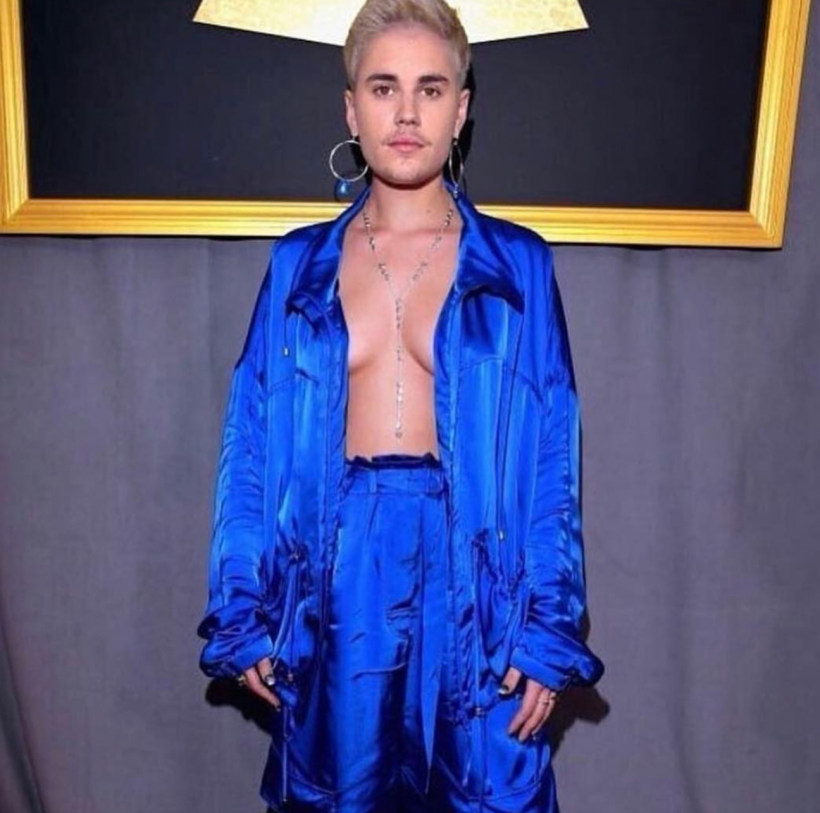 What is even HAPPENING here? (image credit: Justin Bieber via Instagram)

I remember a couple of years ago, I was having a conversation with my (now) 21-year-old daughter. We were just discussing the finer points of social media, like Facebook is for old people, Instagram photos get more likes in the evening, oh, and if you post more than 3 (or 4 MAX) IG photos a day, you can watch your followers drop like flies.

Also, easy on the selfies there, van Gogh.

No idea who made this, but way to go, you genius. 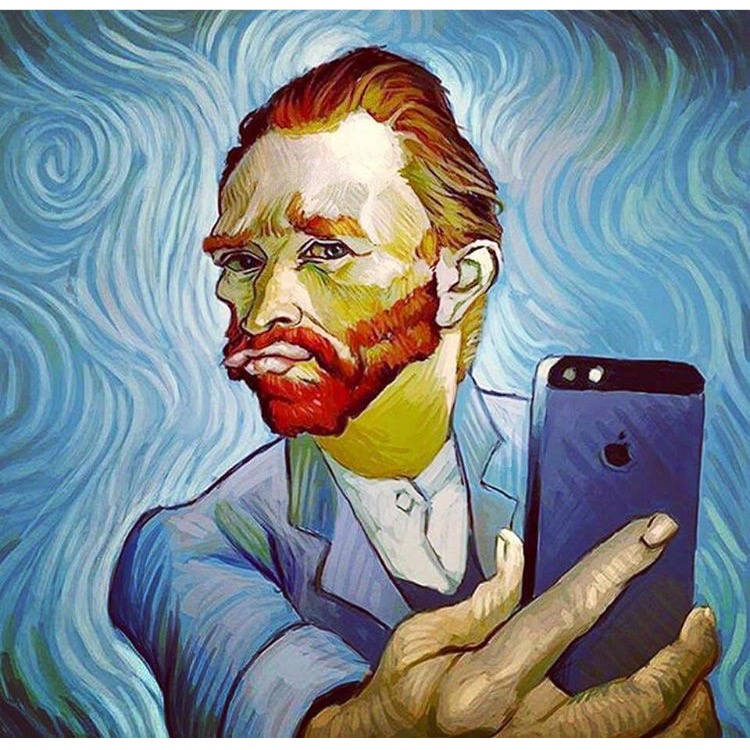 Justin posted something like 25 photos in the course of one hour yesterday. But lucky for him, none of his 87.6 MILLION Beliebers give a flying fig how many photos he posts.

But I mean, come on. I shouldn't say that because I could LITERALLY be his mother. but COME ON.

He's doing "sultry Justin" here. It's grainy, but you get the idea. 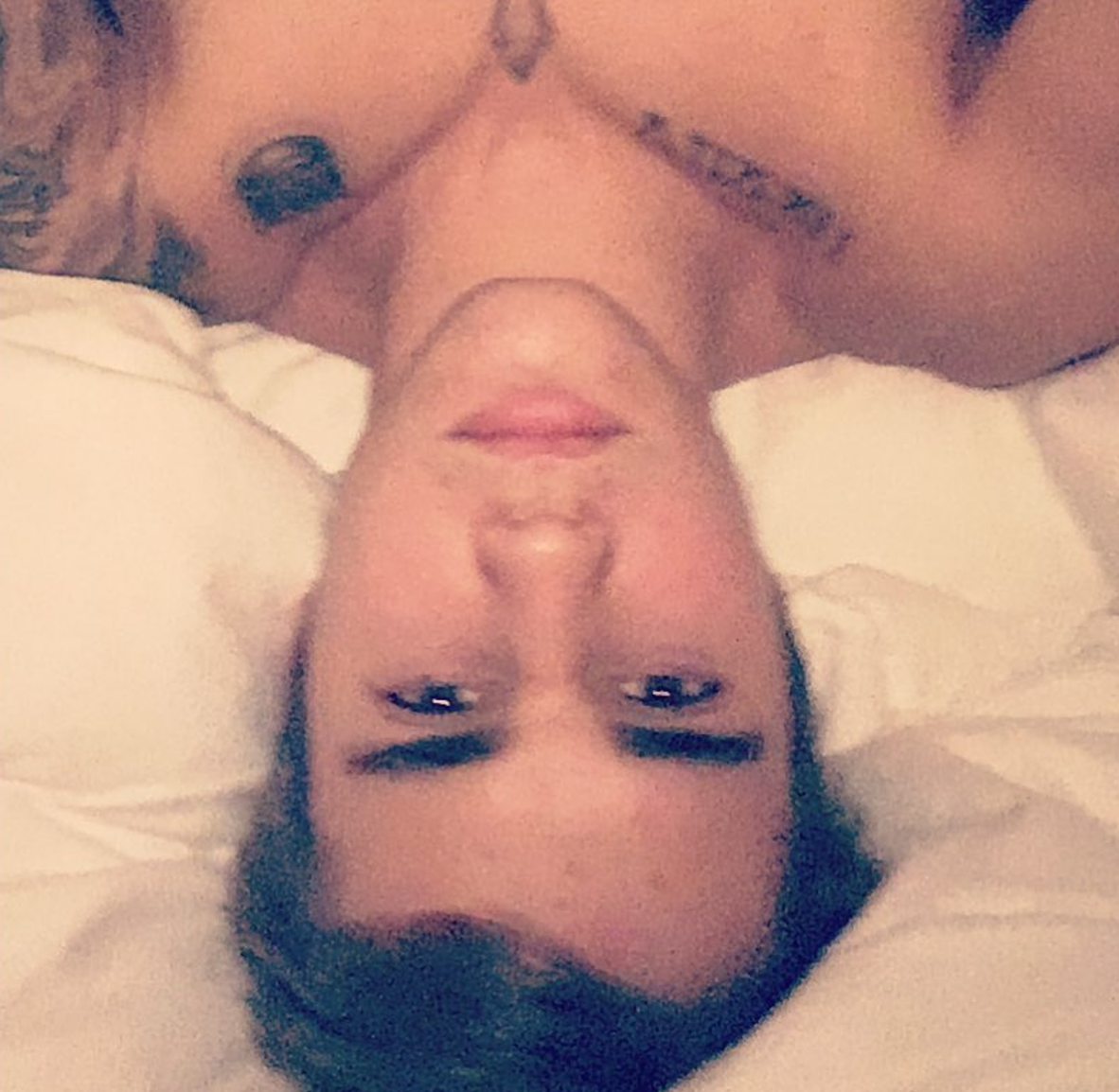 I think my daughter (the certified yoga teacher) might have something to tell you, Justin. Like, GET YOUR DAMN FOOT OFF YOUR KNEE.

I'm paraphrasing. What she actually said (out loud, even) was, "Why is he trying to be cool? Get your fucking foot off your knee, you doucher." 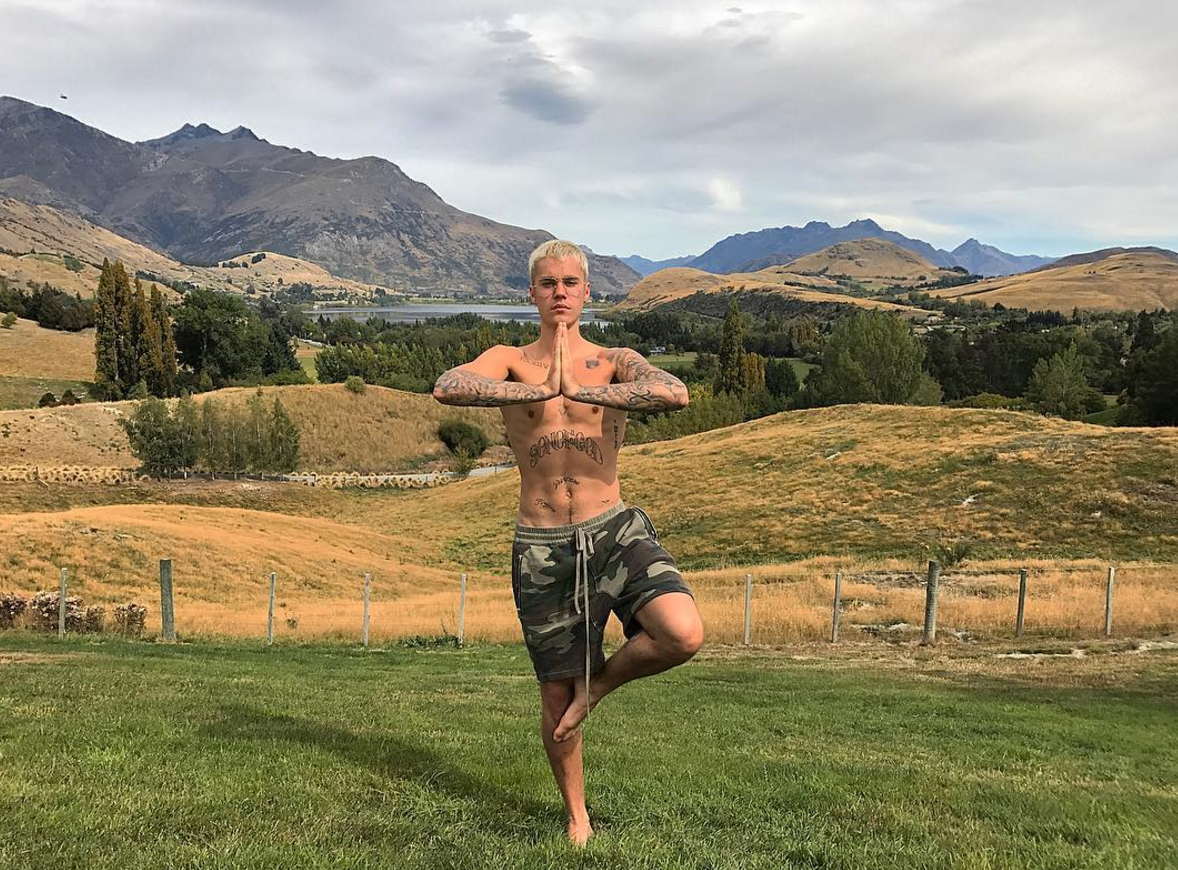 Here we have "Justin Gets Chipped Tooth Repaired By Faceless Dentist." 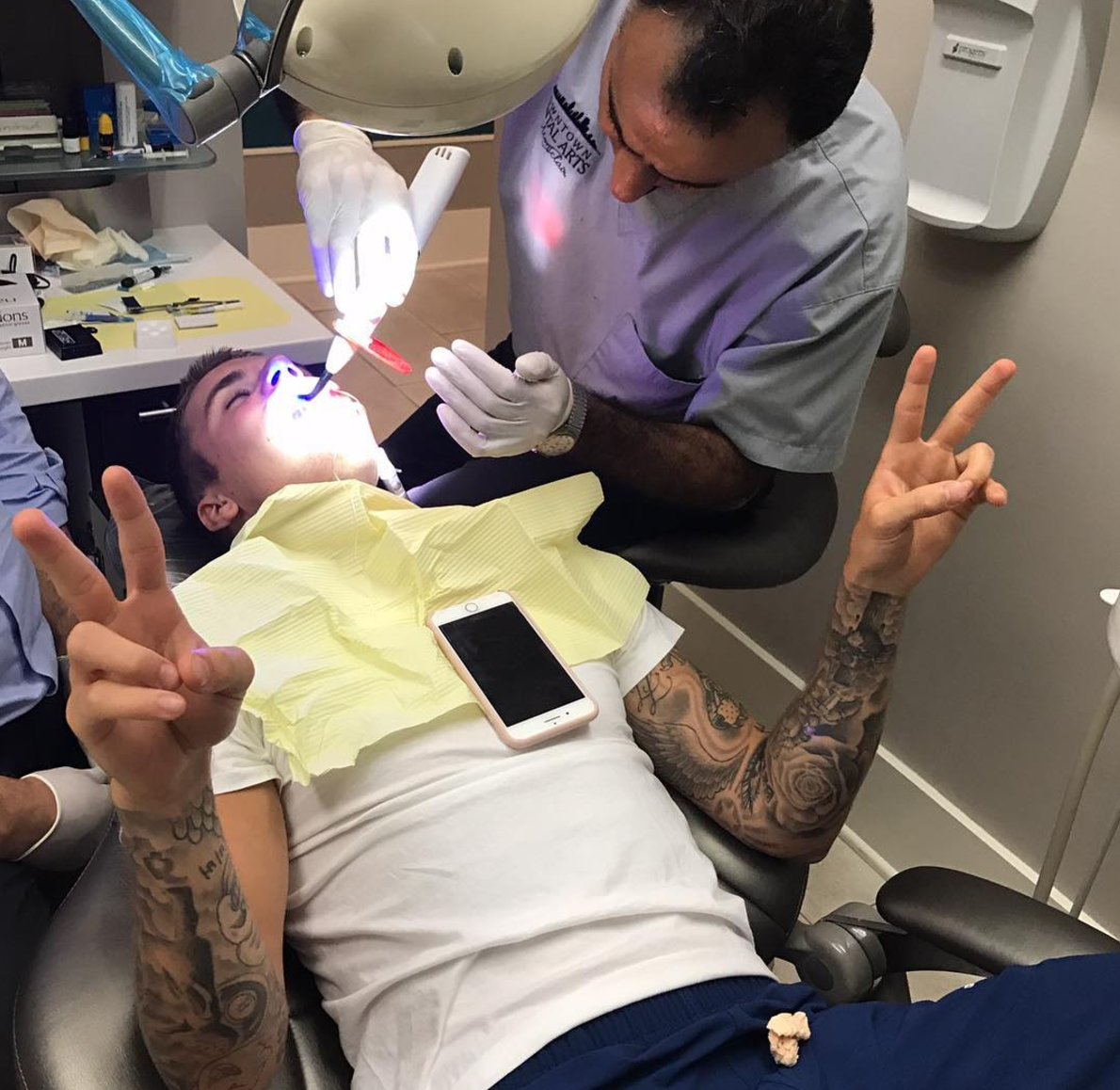 Don't know how he chipped it. Don't care. 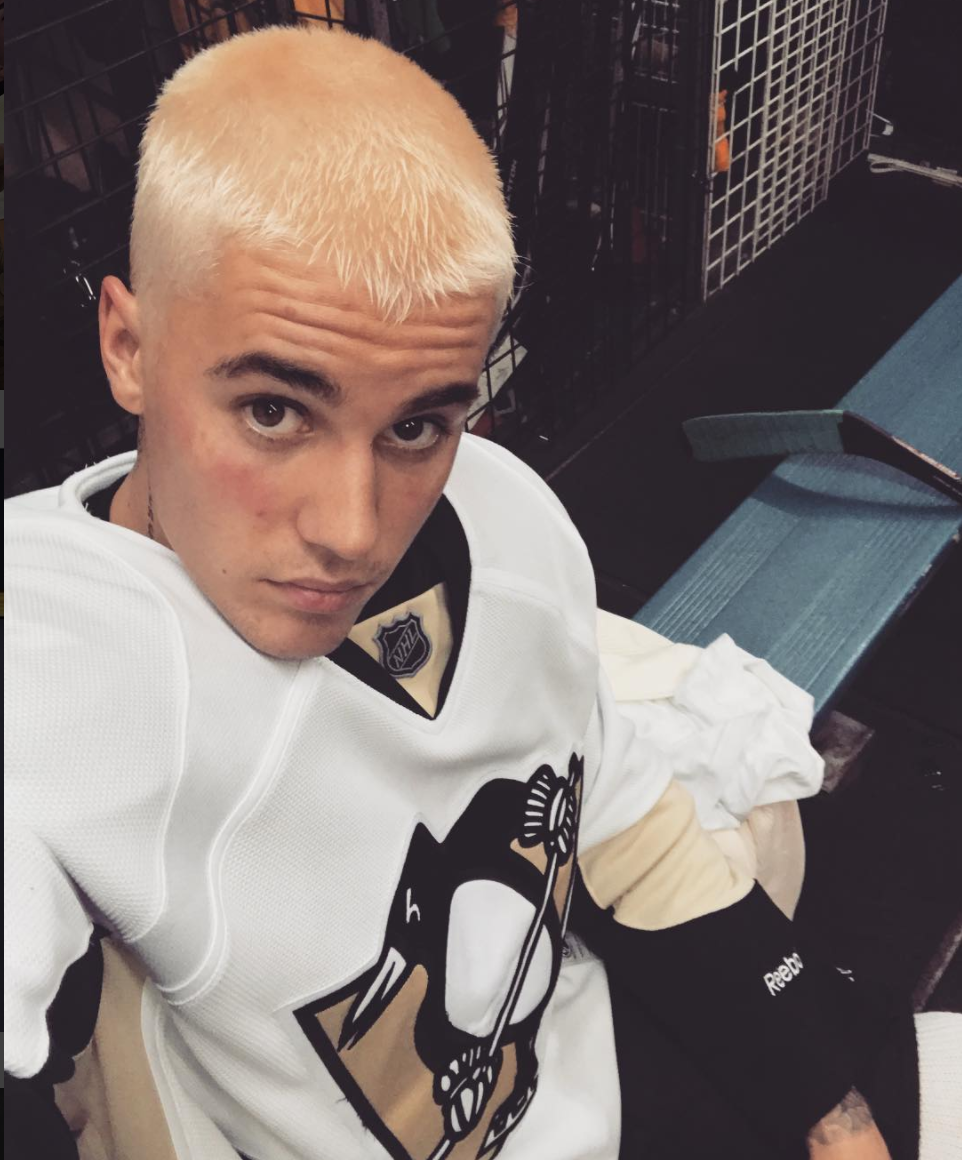 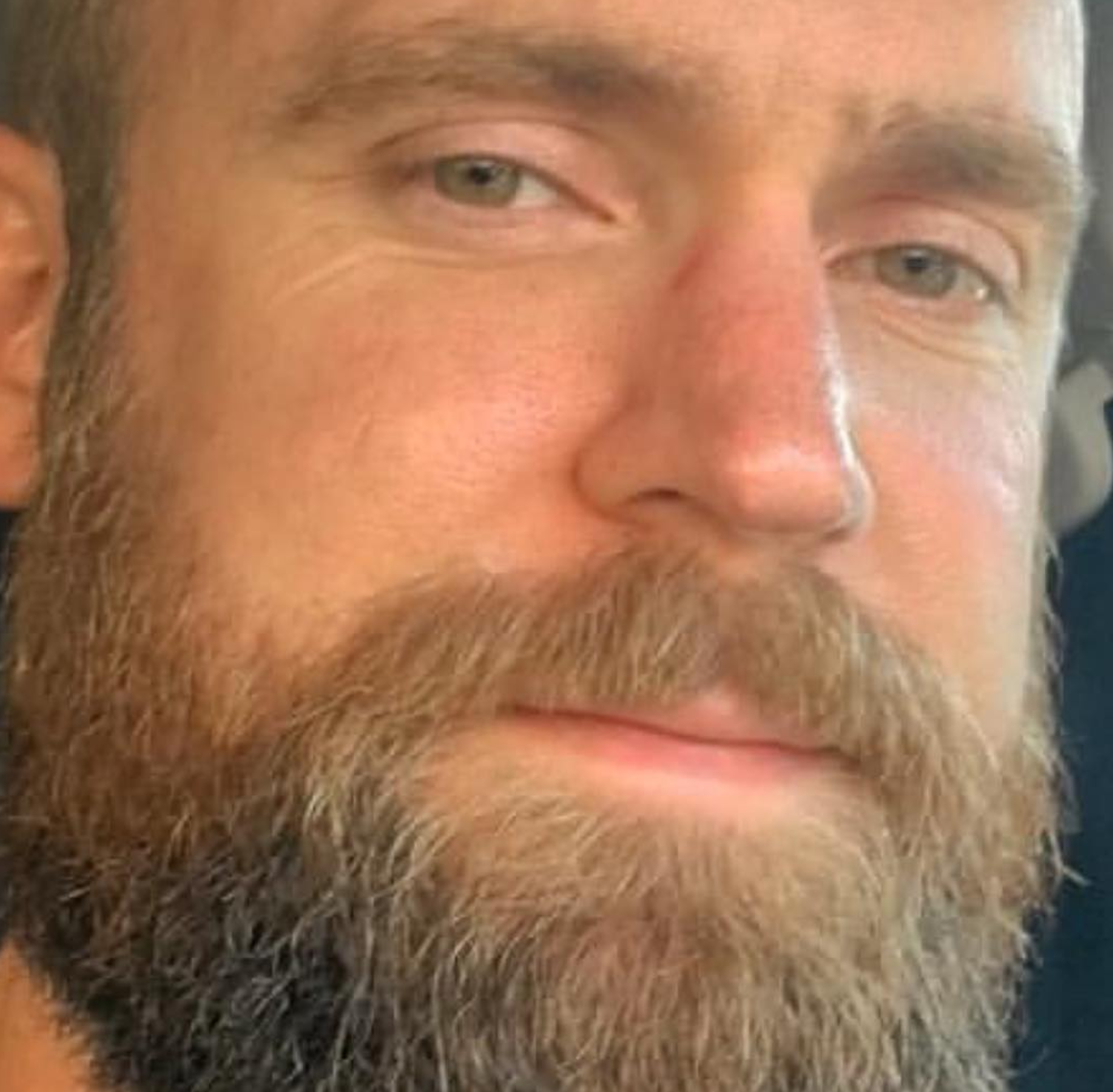 And for good measure, Jim Carrey? 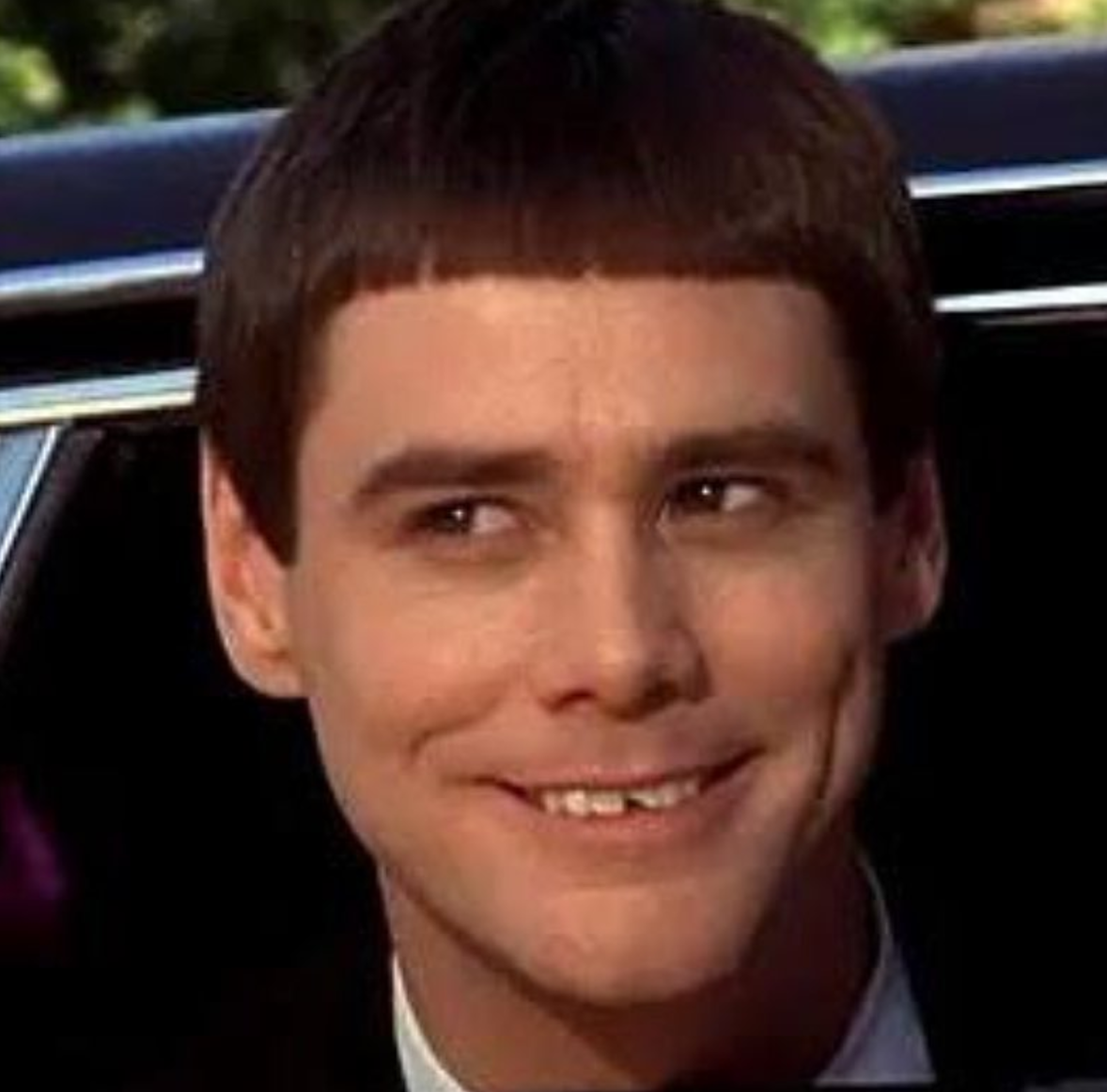 Oh I GET IT. Because of the TOOTH.

And speaking of teeth... 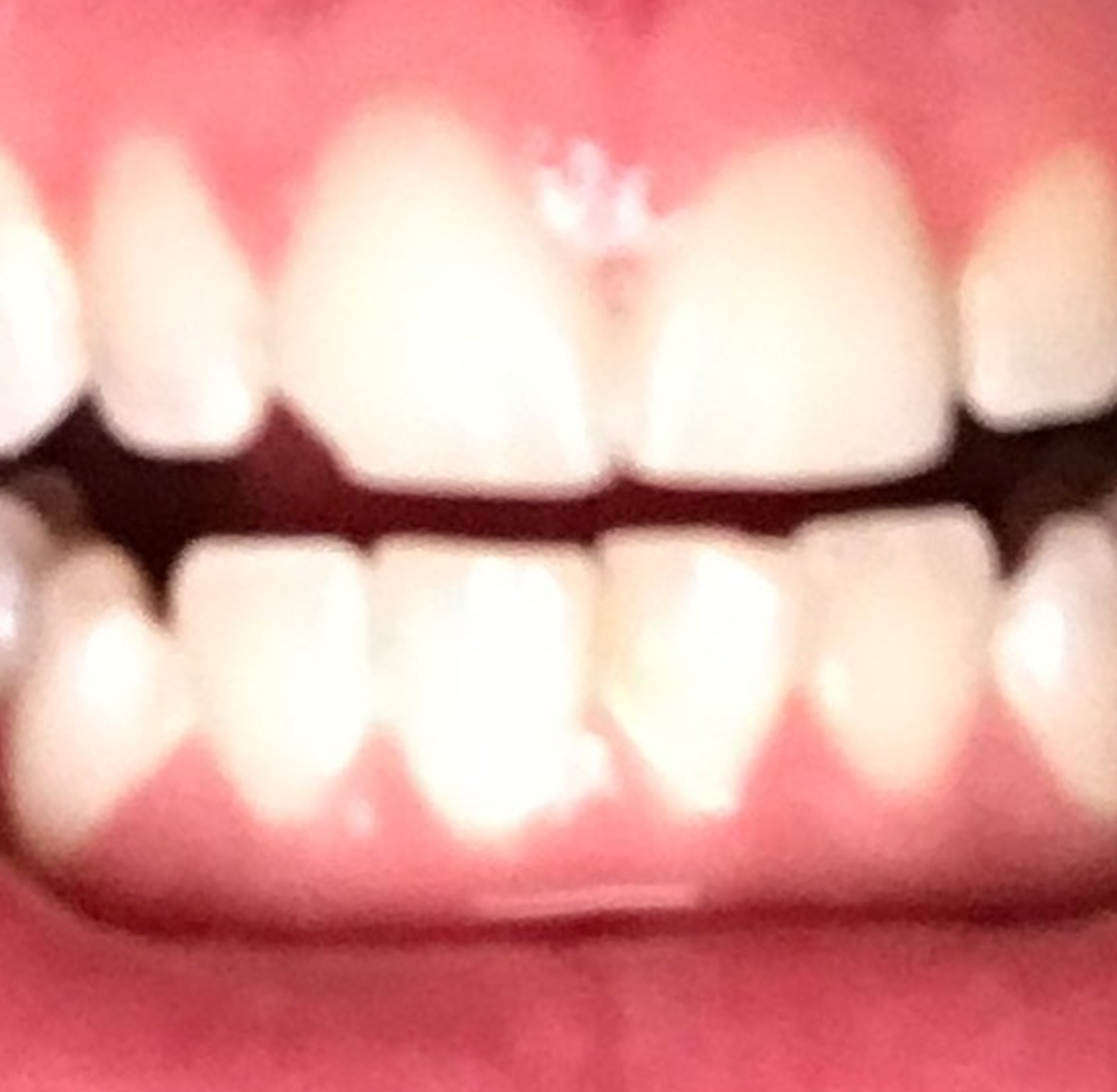 Bro, get some whitestrips. I even linked them for you.

"Justin Getting In Car"

Look he wears​ Vans, just like a real person. 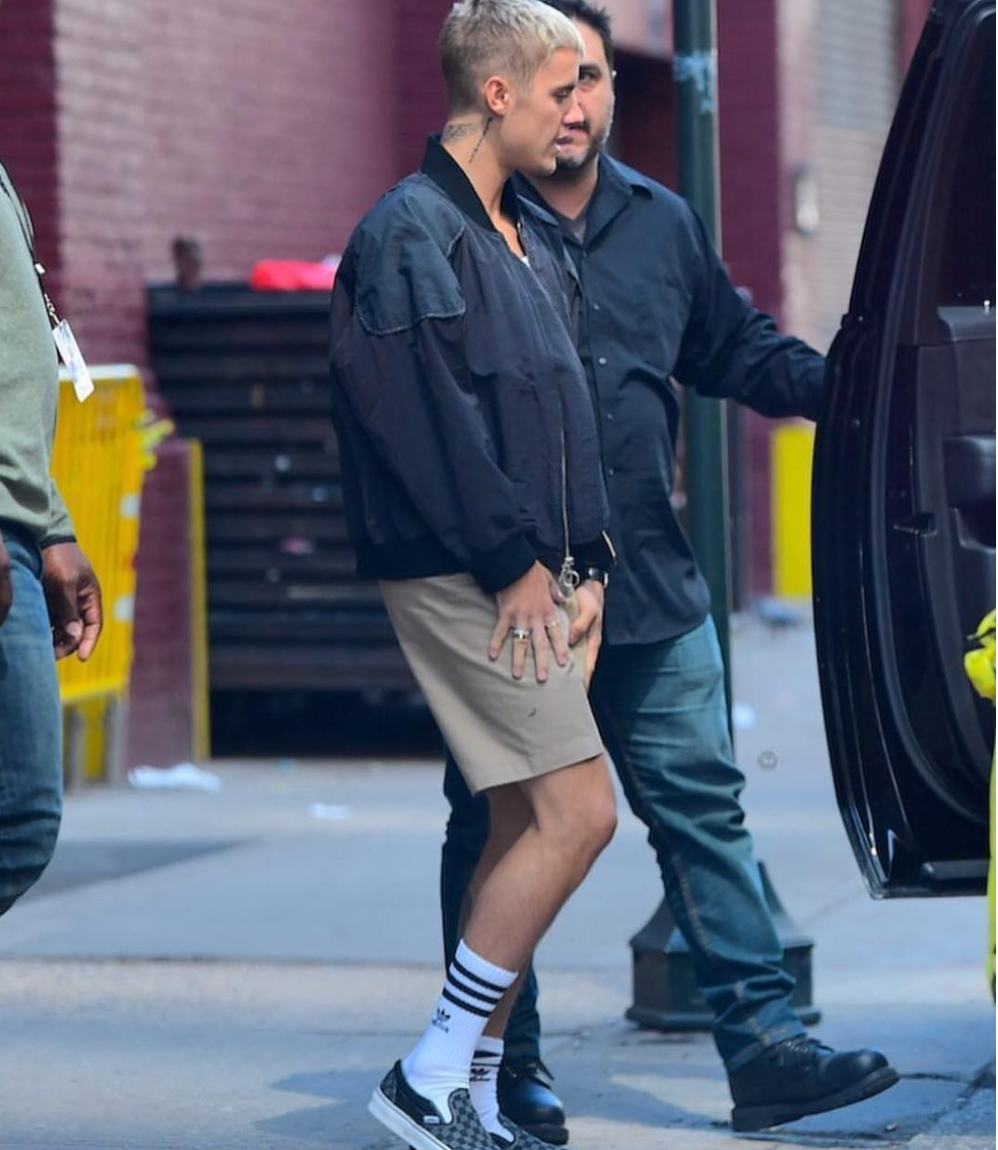 Last month, Justin completely forgot the lyrics to Luis Fonsi's song "Despacito." Instead, singing about Doritos, which is an odd choice and also super rude.

If you don't know lyrics JUST HUM. BLAH BLAH DORITO is not  lyrics. I'm not Puerto Rican but I don't think Puerto Rico appreciates this nonsense.

I'd watch that ALL DAY.

Justin did a version of the song where he DIDN'T butcher the lyrics.

Mostly at this point I'm just wondering if Justin has lost his damn mind. Which is mean, probably. But as a mentally ill person, I feel like I can say, "JUSTIN, DID YOU REFILL YOUR MEDS?"

Just kidding. I don't know if he's on meds, or even needs meds.

What he definitely does need is some yoga training.

My daughter is available. 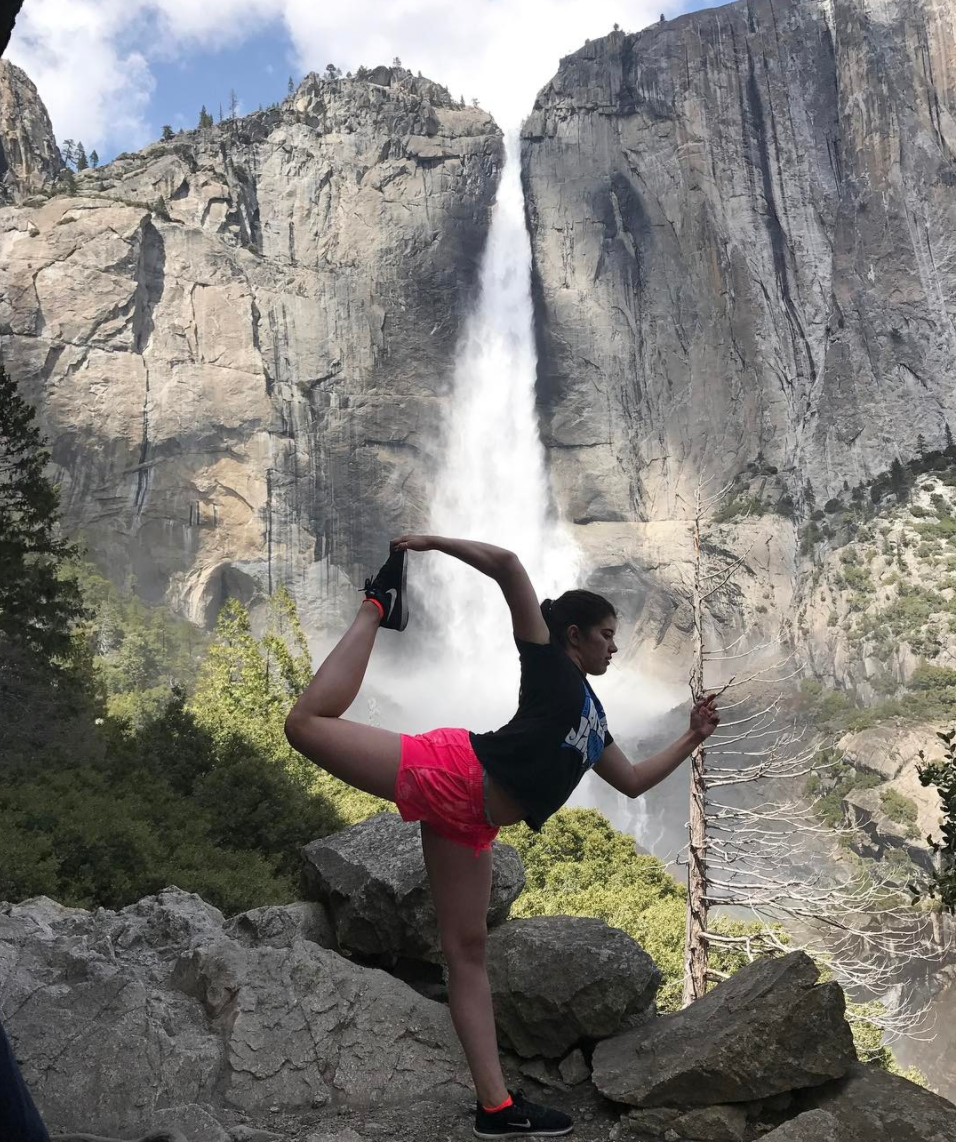 Also, THIS IS HOW YOU DO TREE POSE.

Or even like this. Just basically ANY WAY OTHER THAN THAT WAY. 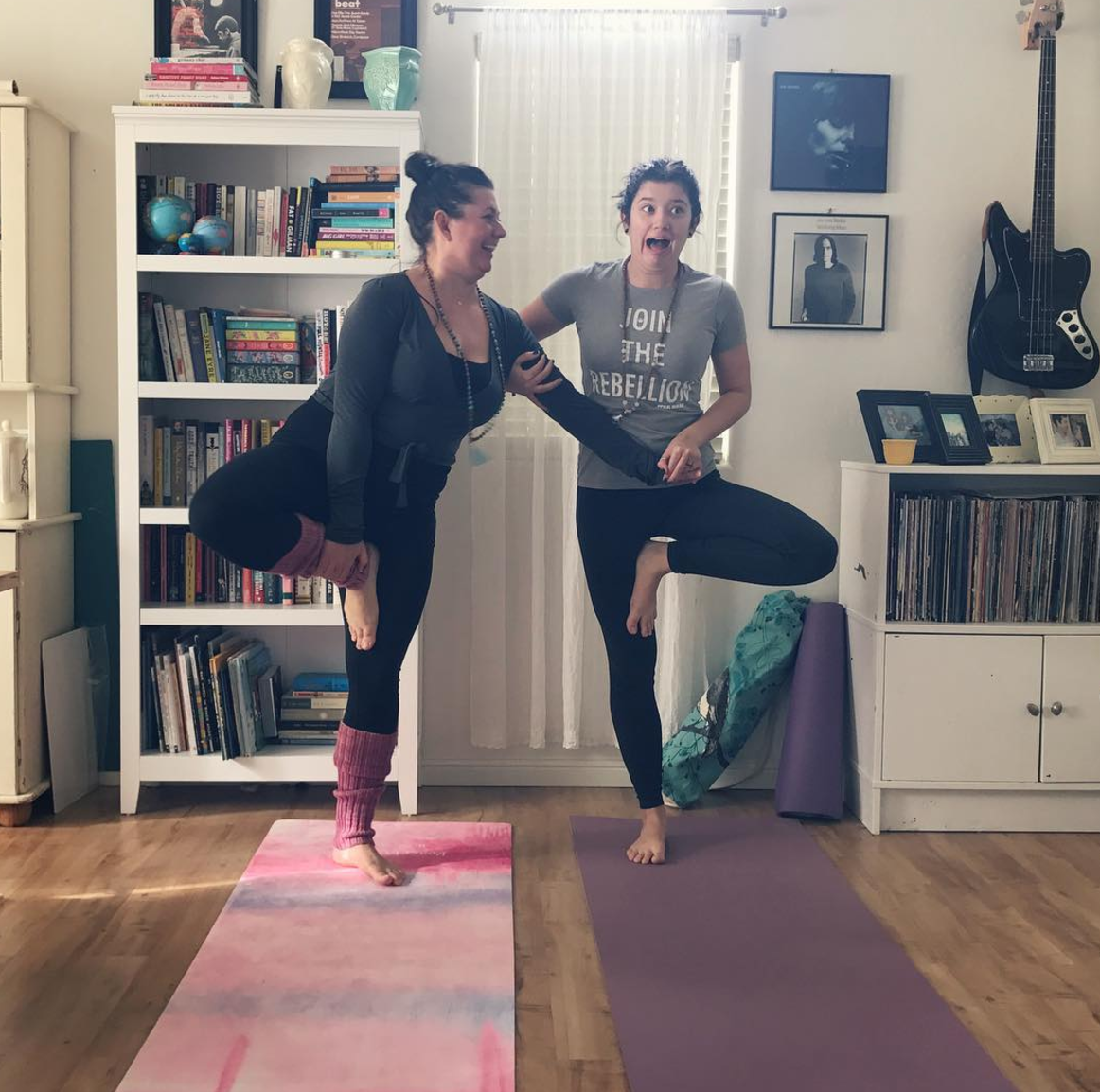 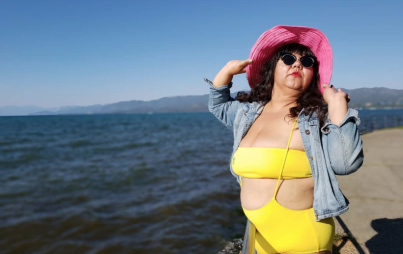