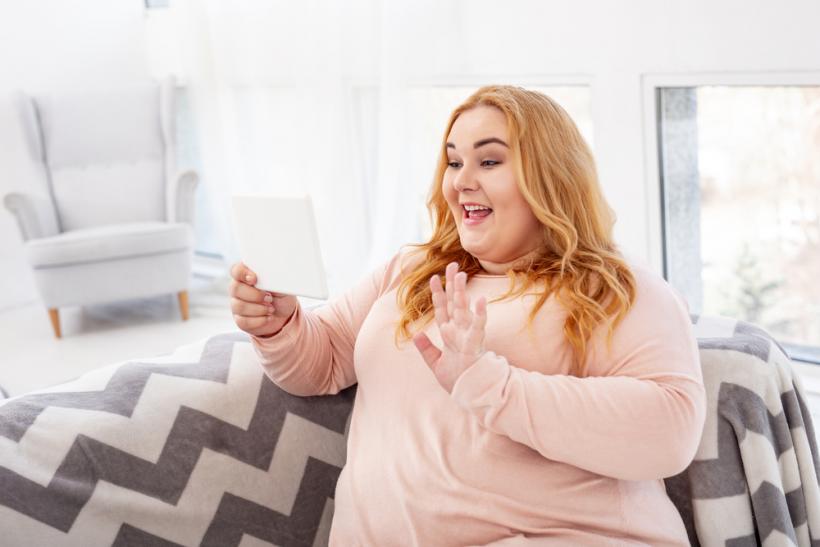 Fat people on Instagram have been noticing a disturbing double standard when it comes to supposed “violations” of Instagram's guidelines.

Fat people on Instagram have been noticing a disturbing double standard when it comes to supposed “violations” of Instagram's guidelines, especially in pictures that show some skin.

User @Laceangelmodel posted a picture that was removed despite her being fully covered with the comment “This photo was removed and taken down for being a violation. Where? I’m fully covered!!! Someone threatening to kill me in my comments was not a violation, but this photo is.”

It’s especially disturbing when compared to what thin people can post with no problem.

It’s not just pictures that are being removed — though that would be bad enough. Accounts are also being “shadow banned” — a practice where IG limits who can see pictures of the user and their followers, vastly reducing their ability to be found and seen, especially through hashtags.

As @fullerfigurefullerbust put it “‪I’ve defo been shadow banned on instagram - I can tell because my posts never make ‘top posts’ on hashtags with few posts, and my likes have vastly depleted. If I were a slim woman posting similar content then this wouldn’t happen. Fat bodies are being muted, and I’m not ok with that. I post content that I know for a FACT empowers and emboldens others, and yet because my body isn’t ‘perfect’, I’m given a disadvantage. The size 10 women showing how at some angles they have chins and a stomach roll get 468010k likes - because that’s acceptable. That’s temporary. My big fat body isn’t. And it’s punished."

Instagram has already been under fire for treating female and male presenting nipples differently. This new inequality in moderation is, like the 'free the nipple' protest, about the autonomy of women and femmes. It’s also about the ability of fat people to have and be role models. Representation matters; a fat person searching for the account of a fat person they admire, or searching a hashtag like 'fatpositive,' should be able to see positive representations of fat bodies without size-based censorship from Instagram.

Sarah Rosen @sehustlerosen and Lou Xavier @misslouxavier had enough. They decided to fight back with an online protest using the hashtag #fatisnotaviolation.

“In response to Instagram deleting so many non-violating pictures of fierce fat bodies because of bias & bigotry, we are calling to the #fatpositive & #bodypositive community to help bombard IG with photos of fat babes! To be a part of this online demonstration, post a photo of yourself in whatever level of undress you feel comfortable on Friday, October 5th, 2018 and use the tag #fatisnotaviolation Please be sure that your photo doesn’t violate Instagram's actual terms, no uncensored genitalia or female-identifying nipples. #FATISNOTAVIOLATION"

"Update for friends and supporters of #fatisnotaviolation. No nudity — partial or otherwise — is required or desired to participate on October 5th, 2018. This protest is open to folx of all genders, races, orientation, & abilities. We love and appreciate every one of you for supporting this cause and want to be clear that any photo you post in support of this mission is perfect and valued. Please dress (or undress) to your specific comfort level. We love and adore all of you for helping bring this movement together! We look forward to seeing your beautiful messages of support tomorrow."

The protest launched on Friday, October 5th and the hashtag has now been used almost 1,500 times.

Some chose to take on oppression that they face in addition to fatphobia.

A post shared by RobinNerdyNixon (@robinthe_nerdyfashionista) on Oct 8, 2018 at 11:47am PDT

Some teamed up to fight back:

For some of the posters, this IG censorship was a repeat of what they had already dealt with on Facebook.

And those who put their face forward...

In various stages of dress (this was my contribution to the cause!)...

Fatties wielded our pictures as weapons against fatphobia, against a forced lack of representation, against a double standard that treats us as less than, less desirable, disappear-able. While it’s certainly the hope that Instagram got the message, this is also bigger than that. It’s about the fact that fat people deserve to be seen, to be admired, to have and be role models, and to take up space.