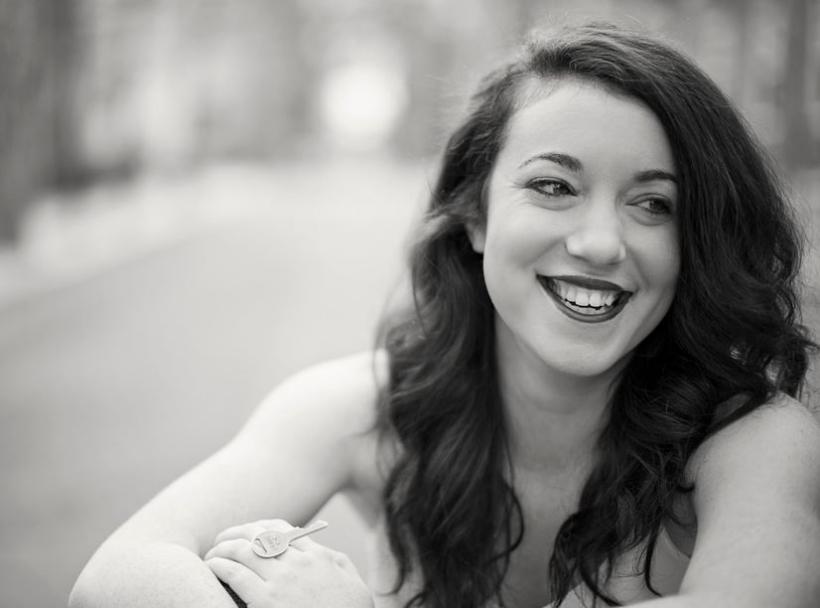 Hannah Brencher got the idea for The World Needs More Love Letters, an organization that encourages people to write love letters to strangers, while facing depression after graduating from college. As a remedy, she did what her mom had done when she was little and decided to write love letters, leaving anonymous notes around the city: in coffee shops, libraries, and even coat pockets in department stores. She blogged about the experience and realized how many people could benefit from the simple act of sending a love letter.

Three years later, the organization works with volunteer letter writers to send a bundle of love letters to someone who's been nominated to receive them—whether they recently lost a spouse, are battling depression or simply need some encouragement after a job loss.

The famed love letter writer recently created a letter-writing kit for those looking to jump-start their skills, and her book If You Find This Letter will be in stores in March. Ravishly caught up with Brencher to discuss love letters and why the written word can be so powerful.

What were some of the letters your mom wrote you when you were young, and how did you receive them?

My mother has always been a letter "leaver" as I like to call it. It's almost a given that no matter where I go or however old I get, I can count on finding a love letter from her tucked in a bag or slipped in a purse or waiting for me somewhere where she knows I will find it later on. They're always sweet notes, or verses, or little reminders. I always seem to need those little reminders—to breathe easy, to take moments, to just enjoy life.

Did you ever have a pen pal or someone you didn't know in person that you used to write letters to? 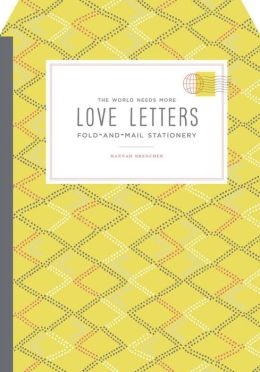 To be very honest, I was a pen pal hoarder. I would sign up for multiple subscriptions of Girls' Life magazine so I could get a bundle of pen pals. I would write to them once and hoard their pictures and claim they were all my friends (they weren't). But I have to say that I failed pretty miserably as a pen pal.

When you placed letters around New York to deal with depression, what were some of the things you revealed in those letters?

The letters I left were a mix of honesty and encouragement. I liked telling stories in the letters and letting someone into my day a bit. That was the cool part about not signing the letters, I could say whatever I wanted and not have to worry about someone tracing it back to me. I could say exactly what I wanted to say and then let it go. There was always something beautiful about that to me. But I also just loved the idea of someone picking up a letter somewhere, on a busy commute or a long day. I loved thinking that they might believe in the magic and mystery of New York City just a little bit more. I can't help but think that I would have never thought to leave letters anywhere else. There was just something romantic about leaving letters across New York City, a city known for its serendipity.

What is included in your letter-writing kit, and how will it help people start writing letters?

The letter-writing kit is super fun and inspiring! It's for anyone who wants to write more letters (romantic or not) and needs a nudge with a prompt to spur him or her on. The stationery is cute and funky. I love the whole look and feel of it.

Your book If You Find This Letter hits bookshelves March 2015. How do you hope it will inspire women? 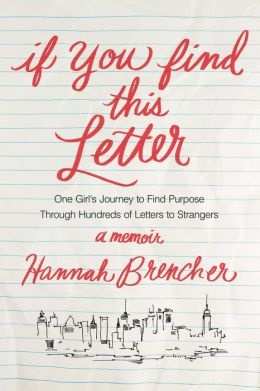 If You Find This Letter is what I like to call the genesis story of how one girl turned her fear of never making a difference into something so much bigger than herself. Yes, it's about love letters and the importance of them in a digital age, but I think the book is about something so much deeper that I've waited a long time to write about: what it really means to find your place and purpose in this world. I think a lot of women grapple with some pretty tough questions: Who am I? And why am I here? And where do I belong? This book is my journey to figure some of that out and ultimately come across something that was so much bigger than me: love. And just how powerful love can be when you let it drive your life.

Can you tell us one of the best love letters you've received from a stranger, and what was it about?

I get a lot of great love letters from strangers—they come into my PO Box still. But I think my favorite letters are those in which someone gives me a glimpse into their life and what they are facing. I've gotten some really great love letters about other people's heartbreak. And while I am not sitting there pumping my fist and being thankful for their heartbreak, the stories are just crazy and powerful and you feel like you are sitting down and listening to a close friend. I like the letters that are raw and real.

What has been one of your proudest letter-giving moments? Is there a specific stranger's story that stands out to you?

More Love Letters has had the honor of blessing a lot of individuals with love letter bundles. Those are always my favorite stories. I think my favorite story belongs to a woman named Leona. She had lost her husband after 69 years of marriage and her granddaughter requested love letters for her. Leona had been dealing with heartbreak and sadness and really just wanted to give up. They arrived the day before Christmas. I will never forget reading about how Leona sat in her favorite chair and read all the letters and then wheeled her walker into the kitchen and announced to her family: I am going to stick around now. I am going to read these letters everyday and I am going to stick around. Stories like that—those that entangle so many people and their words into one moment—are the best.

What's next for you and your career?

I like to believe that there are many fun projects on the horizon. I am looking forward to collaborating with some folks, starting more writing projects, and hopefully having a fun year of speaking. I think there are a lot of great things to look forward to and I cannot wait to see where the road will take me after this.

If you like this article, please share it! Your clicks keep us alive!
Tags
hannah brencher
the world needs more love letters