What Really Matters: A Lesson From The Dying 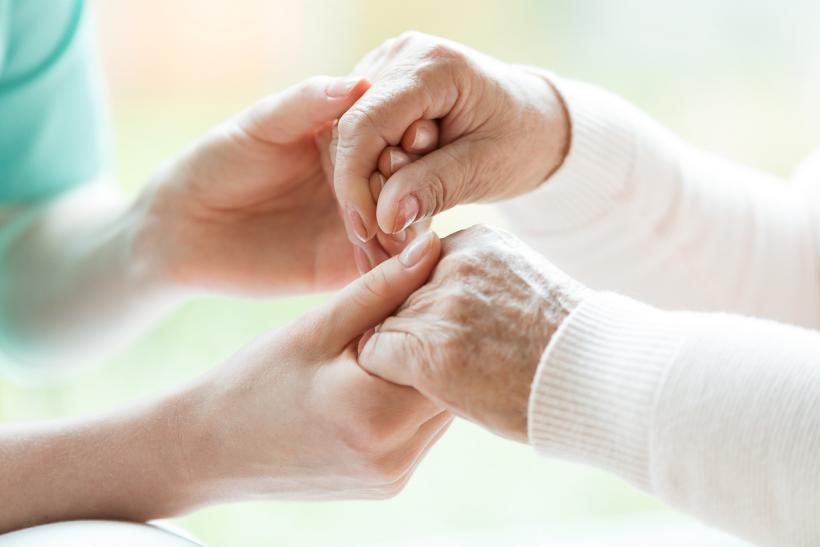 There is no more powerful place to learn a life lesson than at the bedside of the dying.

Kathleen* wouldn’t die. She was supposed to die — when people stop eating and drinking, when they become unresponsive, usually death is imminent — but Kathleen just wouldn’t go.

Families want to know when their loved one is going to die; hospice nurses are pretty good at guessing. Things start to change — heart and respiratory rate, body temperature, responsiveness. Nurses look at those clues and make estimates. Sometimes the estimates are close, but not with Kathleen. She just wouldn’t die.

It sounds crass to say it that way, I know. Sometimes being around death all the time — the emotion of it, the drain — makes you a little crass. But mostly it’s not crass; it’s just true. Once they have said their goodbyes, families just want to know how much longer they have to wait for the inevitable last breath; I would want to know, too — waiting for death is torturous.

Especially when the person just will not die.

About 48 hours after I thought Kathleen would surely die, she was still breathing. Not eating or drinking, not speaking, not alert in any way, really, just inhaling and exhaling and hanging on. Kathleen’s three daughters were getting anxious, exhausted from the emotional whiplash of each potential last breath. I was getting anxious, too. When people are grieving they look to the nurse for answers; I had not been able to give a good one.

About 72 hours after Kathleen should have died, but didn’t, I thought it was time to talk with the family. Sometimes when people won’t die there are reasons — unfinished business usually, people they need to see, metaphorical hatchets they need to bury, symbolic bridges needing to be built or repaired. I once knew a patient who stayed catatonic, but alive, for two weeks waiting for her family to arrive from Mexico. They walked in, and she exhaled for the final time. Sometimes, more than you’d think, this happens.

I sat across the bed from Kathleen’s three daughters — the four of us surrounding her in a semicircle of anticipatory mourning. I asked them if there was something we might be overlooking, something Kathleen might need before she could go. The sisters exchanged glances, one to another, back to the first and then up and down again, there was something.

The something was Kathleen’s son, Jim. Her only son.

What happened between Kathleen and her only son wasn’t important. What was important was that they hadn’t spoken in 10 years and she couldn’t die because of it.

Sometimes hospice nurses have to fill in as therapists, so I called Jim. When Jim answered, he wasn’t sad or fearful as I’d hoped he’d be. He was despondent, distant. I told him I knew he and Kathleen had a falling out. I told him I knew what that was like. I told him it didn’t matter, the reason, the years that had passed, the things that had been said, his mother needed him now. I told him she was dying, except she couldn’t die, not without him.

He would not come.

I met with the sisters alone, leaving their mother in her near-death state — don’t believe that people who look like they can’t hear or see you don’t hear or see you, they do. I told them Jim wasn’t coming. I thought Kathleen needed to hear that it wasn’t her fault. I thought she needed to hear that she didn’t have to wait because Jim wasn’t going to arrive.

Then I told Kathleen.

I bent to her good ear and whispered to her simply, "Jim is not coming." I told her he loved her but didn’t know how to swallow his pride. I told her it wasn’t her fault. I told her all of the things I could think to tell her that I'd want to hear if I was a breath away from death but just couldn't cross over because I was waiting for something that was never going to come. She did not move or acknowledge me in any way. I cried.

I am crying now.

I left the room to dry my eyes and jot some notes down in Kathleen's file. It had been four days since I thought she would be dead. As I finished my notes, the eldest of Kathleen’s daughters approached and said something was wrong. I thought, something is wrong, which means something is finally right.

I walked with her to her mother’s room.

Kathleen took her last breath. Surrounded by her three daughters, without her only son, Kathleen died.

I know this story seems sad to share at the holidays, what should be one of the most joyous times of the year. But I think it’s important to share; I think Kathleen, were she able to say so, would want it shared — especially now, especially when we are so worried about what we will put under our trees, where we will go on vacation, especially as our idea of what is vital has been warped to include things that don’t really matter at all.

There is no more powerful place to learn a life lesson than at the bedside of the dying. I learned something important with Kathleen and her daughters. At the end, very little matters. As your life draws to a close, the things you care about narrow further and further until the list you have in front of you is very short.

The list does not include how much money you made or where you lived. It does not include all of the places you’ve traveled or the degrees you’ve obtained. At the very end of your life, when you are supposed to die, but your heart will not stop beating until it is healed, the only thing on the list is the people you love and those you have lost.

*Names and details have been changed to protect the privacy of the patient and family.

If you like this article, please share it! Your clicks keep us alive!
Tags
death
dying
families
loss
hospice
life lessons