What Mom Shaming Taught Me About Trusting Women 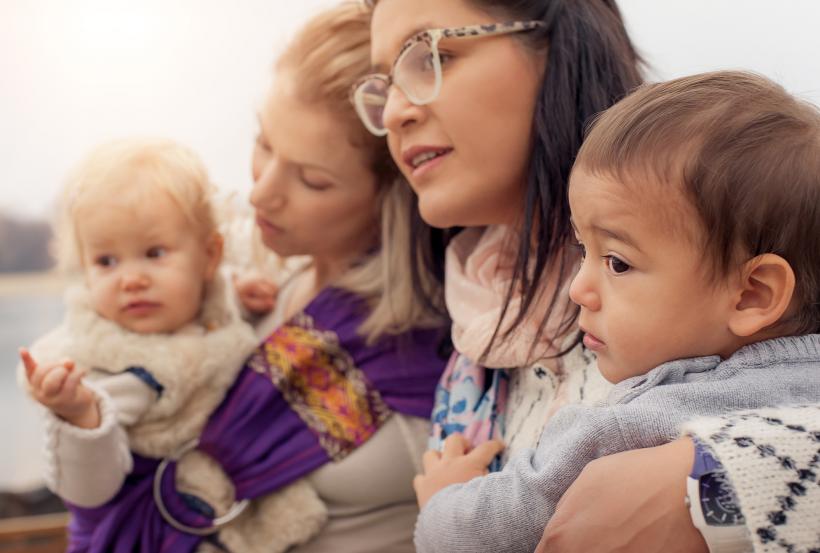 I had been down this road before, of mom shaming, both as the mom defending my choices, and regrettably, the one casting judgment.

There I was, fuming and typing furiously, caught up in another online thread where my parenting was being challenged. This time, it was about coats — specifically coats on kids in cars, something I don’t do given that it isn’t safe for my toddler to wear one in his car seat.

I had been down this road before, both as the mom defending my choices, and regrettably, the one casting judgment. I knew I should walk away, let it roll off my shoulders, but I couldn’t.

It wasn’t so much that I was bothered by the criticism but more that I saw myself in the women who were attacking me.

There are many reasons why women, myself included, judge each other. Perhaps it stems from the foundation rooted in us that we are each other’s competition. Or that we are all under immense pressure to live up to impossible standards of motherhood, and there’s a good chance we all feel inadequate most of the time. Maybe attacking each other is a way of coping with those feelings.

As I stared at the screen feeling both angry and perplexed, I began to realize there may be something deeper at the root of all of this — the pervasive, misogynistic lie that women can’t be trusted and must be saved from themselves.

Coming from a background in abortion rights advocacy, I have little trouble trusting women when it comes to their reproductive choices. I don’t doubt a woman’s decisions about her body, health, and whether or not to have children.

However, once I became a parent, extending that trust to other women’s parenting styles was much harder.

At the core of my assumption that I knew best for a child I’ve never met was a subtle distrust of other women and their parenting methods.

"Surely," I thought, "if I just exposed them to the same information I had, they would come around."

I dubbed myself superior under the guise of caring about someone else’s child, which is ridiculous when you think about it. How could I, a stranger, love that child more than their own parent?

Once I stepped back and thought about it, I could see the parallels between what I was doing in criticizing moms and what anti-choice activists and legislators do in criticizing women. It’s the same misogyny that allows men to legislate what women can do with their bodies, assuming they know better as outsiders to the lives of women they have never met. It’s the same misogyny that emboldens staff at crisis pregnancy centers to masquerade as medical facilities (they aren’t) in an effort to deceive women and guilt them into keeping unplanned pregnancies instead of empowering women with information about all of their options and then trusting them to make the best decision for them.

Conservative lawmakers continue to push legislation that restricts access to reproductive health care, claiming they care about the women such laws impact and the children they may or may not have, while at the same time pushing an economic agenda that leaves families with less money to access food. I continue to use my personal and professional time to fight against this systematic misogyny, but I’ve also realized despite those efforts, it’s worked its way into my interactions with women.

While I still catch myself casting judgment more often than I’d like to admit, I’m trying harder to trust that other mothers are smart and capable.

If you like this article, please share it! Your clicks keep us alive!
Tags
mom
motherhood
mom life
mom shaming

What Mom Shaming Taught Me About Trusting Women
Erin Heger