One Thing You Should Know About Protecting Your Kids 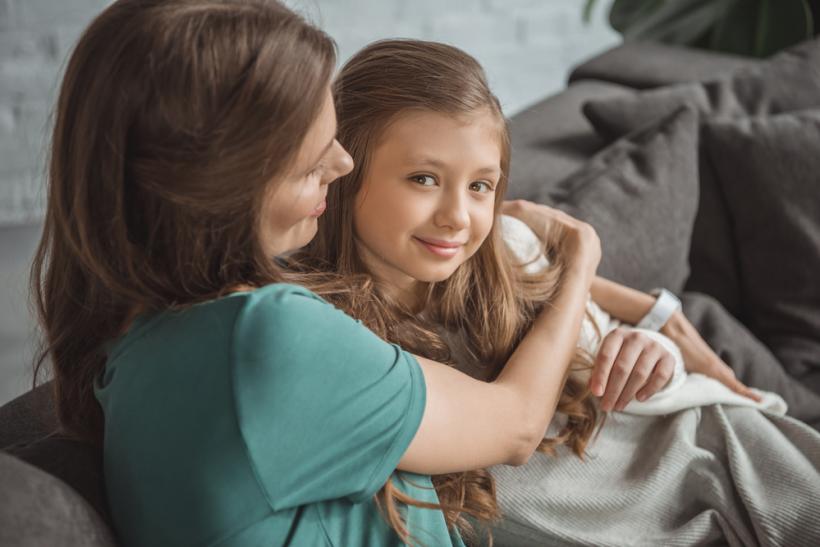 One thing you should know about protecting your kids is that you can’t.

One thing you should know about protecting your kids is that you can’t.

When they arrive, they are baby doll squally-arm-and-leg bawling or awestruck. They have their instincts, but other than that, they are helpless, teachable, open to your influence. Or so you think.

As a parent, it’s your job to protect these living bundles. And so, you do. Even before they’re born, you do. You eat protein and vegetables, whole grain bread. You drink plenty of water, no caffeine, no alcohol. You read food labels to check for preservatives. Everything you ingest will impact the outcome of this magical being’s future, and so you mold yourself around it in order to be the best incubator possible.

After he or she is born, you continue to monitor your own diet if you are nursing, because they are what you eat. You research car seats and find the one appropriate for your baby’s age and your type of vehicle. When you travel cross country and your infant is hungry, you won’t unbuckle him to nurse him. Heavens! That would put him at risk. Instead, you climb over your headrest into the backseat while your husband continues to drive. You open your blouse and lean over your strapped-in tot, positioning your nipple over his crying mouth like a mother bird with a worm. And there you’ll dangle until he’s done.

When the kid is old enough to ride sans car seat armor, old enough to sit in the front seat beside you, you will begin the automatic arm jerk motion you will always perform when he/she rides with you, even into adulthood. At each quick-stop brake, you will take your right hand off the wheel so you can place your arm in front of him/her as a shield.

You’ll schedule well-child visits at the pediatrician, appointments with orthodontists, dermatologists, suffer with them through vaccinations, ear infections, rounds of antibiotics, chicken pox in an airport on New Year’s Eve. You’ll follow each kid up climbing-structure ladders at the park and/or wait with your arms open at the bottom of slides. You’ll push their swings and make sure they don’t run in front of one.

As your sons and daughters grow, you’ll carefully select neighborhoods to live in, make sure they don’t watch any violence on TV, buy them helmets, install auto-locks on the pool gate, haul them to swim lessons, catch and release them as they frog-kick through water between you and their other parent.

You’ll background-check babysitters when you go anywhere, which you’ll rarely do in the early days. In fact, you’ll refuse to go back to work even part-time in their first two years, because no one can keep them safe like you do. You’ll take jobs where you can bring them along, such as delivering newspapers with them in a stroller or backpack. Or you’ll work two mornings a week, leaving his or her preciousness with their father one day and a former coworker you know well the next. You’ll join a babysitting co-op for the raised-by-a-village effect. Work at schools where you can enroll them and know their teachers.

I mean, you love them so much you would throw yourself in front of an incoming missile to protect them.

They with their innocence and soft skin. They who know not what dangers lurk in the belly of the world.

And with all your vigilant amoxycillin, gate locks, sleuthing, and samurai seatbelt moves, they’ll still lie semi-conscious in a hospital with meningitis. They’ll become injured in a mysterious daycare accident and end up deaf in one ear. They’ll ride motorcycles they call crotch rockets, befriend a homeless ex-con named Dave and bring him home for dinner, and because you will not yet have learned you can’t fix people, you will allow this. You have not had time to realize the extent of some human’s damage, or the extraordinary adaptions to living, but maybe this will be the first lesson that your kids want for you, to know you will need to learn this.

They’ll skip school and go to Sedona, flip their new-to-them 1970 Mustang onto its roof in the dirt beside a frontage road. Years later, they’ll admit they drove your Dodge Colt full of partying friends onto the golf course in the middle of the night.

They’ll smoke Newport Menthols and Marlboros and meth. Pop steroids and opioids, deal pot bagged in ziplocks from your pantry, eat old hardboiled Easter eggs hidden in the backyard, even after you warn them about food poisoning.

They’ll gauge their ears, pierce their tongue, shave off their eyebrows, bleach polka dots into their double Mohawk, get Chester Cheetah inked into their upper arm by a tattoo artist working out of his van near the fairgrounds.

They’ll sneak out their windows, push their car down the road so you won’t hear it, but you’ll wake up anyway because of the temperature drop in the house, the snow blowing in from the cul-de-sac onto their bed.

They’ll hold parties in your backyard, in your living room while you’re not home, sneak lovers in through their bedroom windows, one of them a girl you’ll hear laughing behind your son’s closed door at 3am until you plod through the dark in your nightgown to knock and say, “I told you you couldn’t have anyone over at this time of night!”

And eventually that girlfriend will get pregnant and you will think it’s the worst thing in the world. You’ll worry and lament and throw your hands up in the air, because your son is so young he’ll bring a buddy to hang out with him in the maternity-ward hallway.

But then you will be among those standing around the laboring young mother-to-be as she prepares to give birth. You will circle her along with her mother, her aunt, your son, a doctor, and a nurse. The morning sun will stream into the room and someone will say to her, “Push,” and she will. First, the top of a perfect oval head will emerge, and then a face, a neck, shoulders, and a small body cupped into the size of a freshwater trout. The new being will be quiet, wet, wide-eyed as it surveys us, and then in a flash before it’s swaddled and held, it will open its arms and flail them, spread its fingers, part its lips into a mew and then a full-on wail, and you will feel the whole earth shake with you as you cry and laugh and feel such joy and love in that moment, that you dedicate everything in your power to keeping this newly born stranger, safe.

If you like this article, please share it! Your clicks keep us alive!
Tags
protecting
parenting
Kids
protect

One Thing You Should Know About Protecting Your Kids
Susan Vespoli