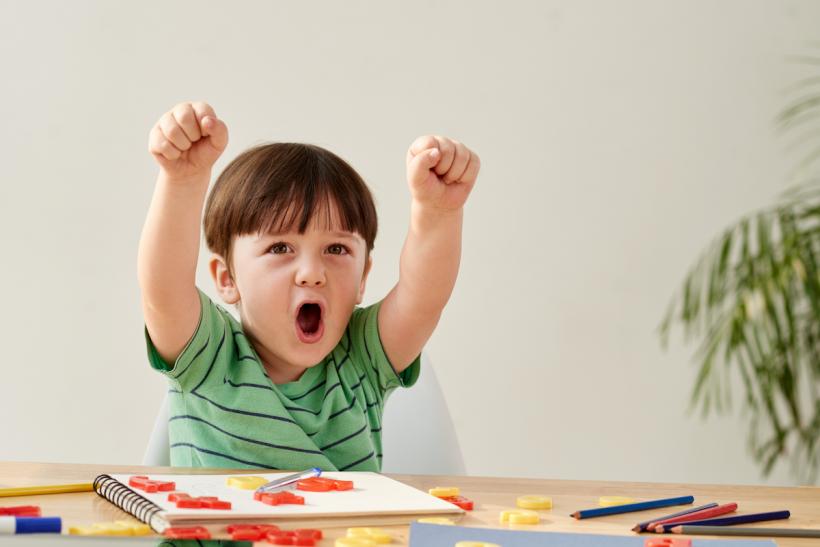 As toddlers, they want their own way 100% of the time — that’s their primary objective in life.

For years my partner told me that I gave my kids too many choices.

He kept insisting that instead of asking them I should be telling them. At the time, I thought that sounded harsh and it became an issue of contention. Obviously, this caused quite a few rifts, but in my infinite wisdom I kept doing it because I thought I was doing the right thing.

Ironically, now that I’m older and perhaps a bit wiser, I must admit that he was right (don’t tell him that though!). So when I’m out and about and I see parents asking their toddlers to make decisions, I have to stop and laugh. Not only does it take FOREVER for them to arrive at a decision, but often the choices in front of them are completely overwhelming. I see the confusion on these littlies’ faces as they are forced to make quick decisions and I feel for them.

Why parents get their toddlers to make decisions.

Now, there are a few reasons why parents get their kids to make decisions and it usually starts when they’re toddlers. The first and most obvious reason is that they are damn bossy little creatures. Yes, you did read that correctly. As toddlers, they want their own way 100% of the time — that’s their primary objective in life. Plus they will demand relentlessly and they’re not afraid to throw a tantrum anywhere, or at any time and place, to get their own way.

What parents do to save themselves some sanity is get them to choose what they want to watch on TV, what they want to eat, which pair of pants they will attempt to put on and the list goes on. It’s all done in an effort to keep their darling little angel from turning into Satan in front of their eyes.

The second reason, which is less obvious but still relevant, is that parents are too afraid to make a mistake. Yes, you read that correctly too. For one, they know all too well what will happen if they hand their toddler a banana but they want an apple. Parents have been conditioned by their children to know what to expect if they get it wrong. You see, their charming little bundle of joy will throw a sissy fit until said parent gets it right.

Now, there’s actually two parts to the idea about parents not wanting to make a mistake. Besides the obvious attempt to bypass tantrums, there’s also the blame factor. When mistakes are made someone is usually to blame. There are some parents out there who don’t want to be blamed later on for the mistakes of their children. Therefore, if they let their children make all the decisions, all blame will be removed.

These types of people will generally avoid making any type of decision specifically for this reason. Whether they do it consciously or not is another question, however. I understand that this does sound ridiculous because giving children 100 per cent choice is ultimately their decision. However, in their heads that’s their only decision, so anything beyond that they really can’t be blamed for. Weird isn’t it, but it does happen more than people realise.

Okay, so you might be wondering what’s so bad about getting toddlers and kids to make decisions. After all, it does save a lot of headaches and the kids will grow up quite able to make decisions and be independent, right? Well sorry, you're wrong. VERY WRONG!

If it’s to avoid toddler or little children headaches, may I offer a word of advice? Little children are easier to say no to than unrelenting, argumentative, determined teens! Toddler tantrums are nothing compared to teen tantrums. Teen tantrums involve slamming doors, broken technology like mobile phones, yelling, swearing and running away. Trust me, a toddler is far easier to tame than a teen!

Additionally, imagine for a second households that are run by toddlers and small children… Basically if they make all the decisions they’d have you running around like a slave to get their needs met. I’m sure many of us have seen videos of little people who are in charge and this is what actually happens.

I remember seeing a reality show where a pair of grandparents were unable to get a seat belt over a child in their moving vehicle. When a police office saw this and asked them about it, they reasoned this was because the child had refused. To them, this was perfectly reasonable and couldn’t fathom why on earth they received the fine because the child was at fault. Yeah, this is a true story. Imagine that household?

Now as far as giving kids an opportunity to learn about decision making, there are plenty of opportunities to do this without putting pressure on them to make decisions 24/7 from a young age. It actually places kids under a lot of stress and makes them anxious. We forget, kids don’t want to make mistakes either.

As parents, we always want to do the right thing by our kids and often it’s not until we look back that we can see where we made mistakes.

Initially I thought telling them instead of asking was a bit harsh, when in actual fact I was treating them like adults and not children. They didn’t need or want that responsibility but I forced it upon them. Luckily, my partner stuck to his guns and was as stubborn as he is because this gave them some relief.

Some kids don’t get that relief and they are forced to decide every aspect of their lives from a very young age. The key thing to remember here is that they aren’t adults with adult decision-making capabilities. They’re children — and they should be able to live without the stress of responsibility for a while.

If you like this article, please share it! Your clicks keep us alive!
Tags
parenting
Kids
tips for toddlers
toddlers
raising children