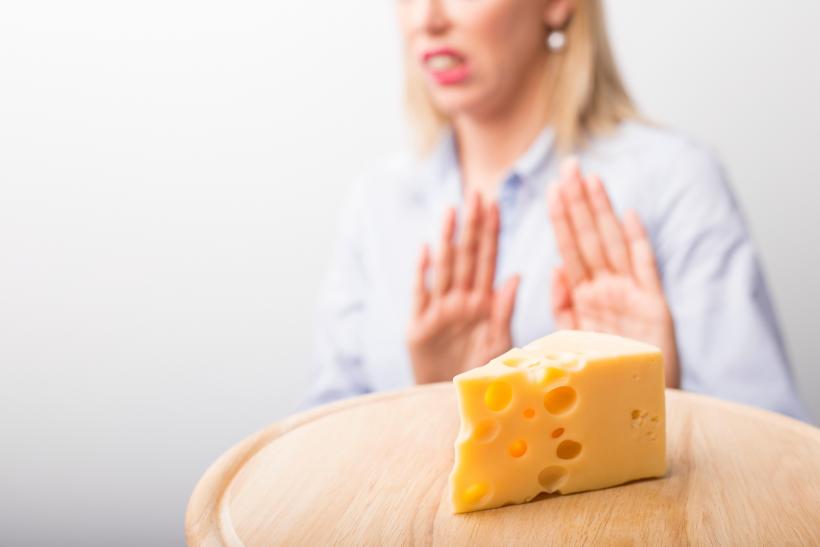 Caring for someone with an eating disorder can be incredibly stressful, so it's also vital that you have your own support structuring in place.

In the end, it all came down to a block of cheese.

Polyamory can be a wonderful, fulfilling, and entirely valid alternative to monogamy but my attempt was, in hindsight, poorly executed from the start.

My partner of 11 years had been crushing hard on a university colleague and was pining for something more. As a sex blogger with an extremely open attitude to trying new things, I gave all the necessary permissions expecting I'd be fine. What I didn't expect was for him to sneak off and have his first sexual encounter with her up in our bedroom while I was entertaining guests unaware downstairs, but that's a whole different article.

Heartbroken, but determined to make things work, we entered into a relationship with her shortly afterward without discussing all the terms or having time to process what had happened (poly veterans feel free to cringe). She moved in almost instantly, and when I wanted her to go home, my primary partner would sulk. Pine. Say he wouldn't know what to do without her in the house. As if I didn't matter. And, in time, I felt like I didn't, and I let them know.

I let them know a lot of things. Everything. Always calmly (which I later learned meant that my primary didn't think I was "serious" and that I was "just being overly demanding like always").

But the one thing I didn't tell them was that there were four individuals in the rapidly sinking ship that was our relationship: myself, him, her, and my eating disorder.

So, back to that cheese... almost.

Because let's be real here, I didn't end up screaming at my primary in a frantic panic and running off to stay with family in London over a craving for Camembert. No, I finally hit breaking point because, on top of everything else, I was struggling with an eating disorder and my suddenly expanded relationship was shrinking my sense of self and helping my illness expand every day.

As my eating disorder developed earlier this year, I made sure to keep danger foods out of the home and only ordered things out of necessity (at least at that point in my recovery process).

Then, in came our new partner.

As it turned out, my new partner (though wonderful in many ways) was anti-fitness, with a massive sweet tooth, a love for McDonald's, and her own food issues. She was convinced her diet of chocolate bars, fizzy drinks, and, oh yes, lots of cheese, was healthy as long as it was in moderation (which it never was).

Let me lay my cards on the table here: I believe people should be able to eat, drink, and enjoy whatever they want as long as they don't hurt others.

Except she wasn't doing her. I was.

As the primary cook in the house, with a mental necessity to take care of my kitchen and its contents, I suddenly found myself making greasy oven meals with cheap, unethical cuts of meat finished off with chocolate bars and crisps 30 minutes later. My once ordered kitchen, an oasis on my path to recovery, was invaded with chocolate, pop, and sweets I didn't even know existed. The fruit and veg crate was filled with popcorn and crisps because "technically they're a veg, right?"

But I was feeling the harm.

Not physically, but emotionally, every day, and suddenly being exposed to so many trigger foods so quickly felt like it was killing me more and more each day.

Imagine my relief when, during a time of tight funds (our new partner was unemployed, and we were expected to pay her way), a mostly veggie month was proposed. Gleefully I watched as the sweets and snacks decreased, and the budget meat kicked the grease-ridden bucket it came in. I cooked the best food I could, modifying any flops on the spot and noting favorites.

I was still struggling, and my eating disorder was raging, but I saw the light at the end of the tunnel. They lasted a week on this endeavor before the incident.

Planning their meat meal for the week and eager to please, I hit up our group chat with an excited cheer: Morning my lovelies. I know you've been craving burgers so how about that for dinner? With chips and crispy bacon. Bet it will be lovely for you.

"Yeah!' they enthusiastically agreed, "and cheese."

Cheese. A huge trigger food. Not only is dairy the fucking worst to many vegans, but it also represented everything I hated about food. It was a giant block of saturated fat. It reeked when in the fridge, felt oily and cloying on my skin, and lingered on any surface it touched. And it was something that was being used A LOT since the move-in of my secondary partner.

So, with a deep breath, I decided to be honest: I know you both love cheese but I'm really struggling with the idea of it and I think it would distress me too much. Can we perhaps leave the cheese for one week so I can mentally reboot?

The response was a firm and unsympathetic "Nah. We're gonna have the cheese."

I was dumbfounded. My heart raced.

Sure, I hadn't said exactly why cheese made me struggle so much but wasn't that confession, that open and honest discomfort, enough?

I continued to try and convey my point. First calmly, then in pleading tones. I got told I was a tyrant. A preachy vegan. Unreasonable. At my disclosure of discomfort, I wasn't met with support but, instead, two people suddenly telling me how selfish and flawed I was. The walls closed in. I couldn't breathe.

I left the house, power walked three miles to the local supermarket, got a full weeks shop (including the cheese), and then, upon arriving back to the house that was no longer my home, packed my bag and fled to London.

Soon after, both relationships ended.

It is probably easy to see all the flaws that made it all a terrible pairing. It's not indicative of happy, healthy polyamory, let alone relationships in general, and there were fuck-ups from everyone involved. But I'm an optimist at heart, and I'd like to think something can be learned from all this — something I can share that will help others avoid my pitfalls.

My most significant fault in my polyamorous relationship was undoubtedly not treating my needs as equal and not disclosing that I was relapsing with my eating disorder.

I'd like to focus briefly on how those in a healthy poly relationship might be able to help those with eating struggles. (And, oh boy, I can't emphasize this first point enough.):

If your partner expresses any distress or discomfort around food or eating habits the first thing you should do is acknowledge their emotions and respect their boundaries. There is some intense emotion there and, whether you understand it or not, it's important to let your partner know that you won't judge or defy them and that they can trust and confide in you.

Then, perhaps at a later point, it's worth sitting down with them (either as a primary or with all involved) and asking what where the distress is coming from. Let them talk, when/if ready, and practice mindful and empathetic listening. You may be in an expanded relationship, but you're also all individuals, and you deserve your own time to talk. It is not selfish; it's necessary.

If your partner opens up about their disorder, reassure them that you're there for them and get ready for research. Ask them if there are any resources that they recommend but don't be afraid to look things up yourself. It may be too overwhelming for them, at first, to go through it all with you.

Be ready for a whole new form of poly negotiation. If the conversation was between two people, ask your partner what they're comfortable with sharing with anyone else involved in the relationship. It may be they can only handle so much disclosure at once, and that should be respected.

If they open to all, then it's essential to get some strategies in place together so that you can be a positive support structure for your partner rather than an opposing force.

It's incredibly important to keep in mind that eating disorder support isn't about where you expect your partner to be in recovery or what you feel they should be doing. Instead, it's about being there to encourage your partner when then achieve the goals they set themselves and to comfort them during the lows. Trust me; if they relapse, they'll already be hating themselves, so your forgiveness will be a vital step in helping them forgive themselves.

Take Care Of Yourself  (And Each Other)

Caring for someone with an eating disorder can be incredibly stressful, so it's also vital that you have your own support structuring in place. But making your primary support resource your other partner/s may not be the best idea.

For one, it's so easy for a person with food, self-esteem, and body issues to worry that others are judging them. Thus, pairing off to talk about your partner at every struggle rather than with them could pick at a very painful wound. Beyond that, you may find yourself really pairing off and growing to resent your struggling partner through an echo chamber effect of grievances.

Talk to each other, for sure, but also employ professionals, anonymous forums, friends and family (permission permitted). The wider the support circle, the better.

In a poly situation where one partner has a mental illness or addiction, you all matter and all deserve to be treated with love, compassion, and support.

Oh and, for fuck’s sake, don't insist on having trigger food in the house when your partner requests otherwise. That's like telling a recovering drug addict you simply must have that crack in the house. Just No.

Can You Brie There For Me?: Polyamory & My Eating Disorder
Emmeline Peaches