Pot, Parenting, And Being Raised By An Addict 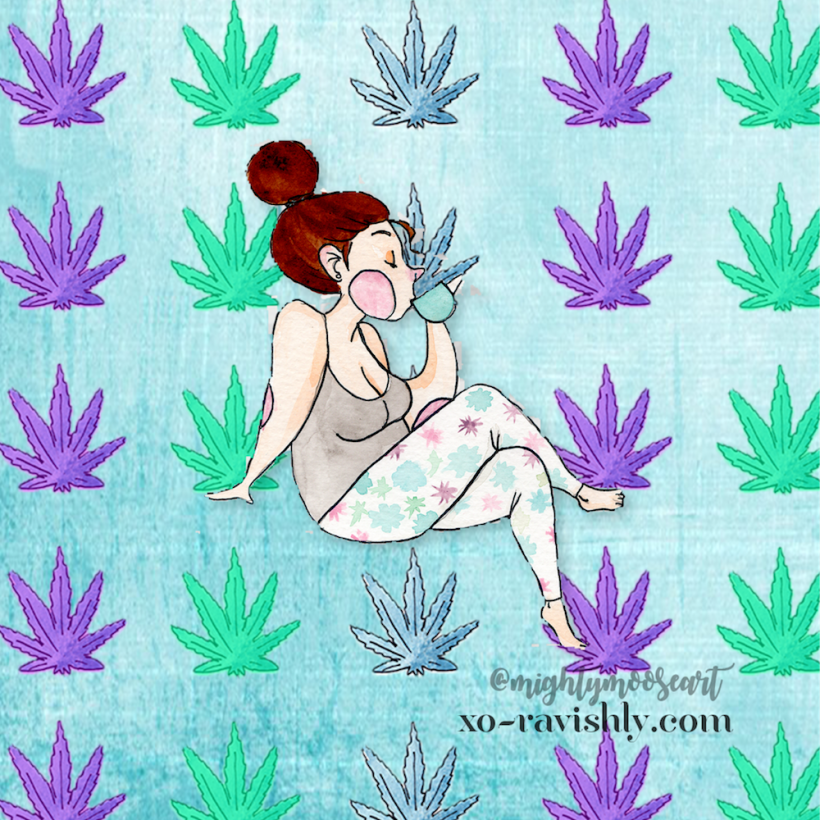 Addiction has a scent. The scent may be different depending on the substance, but for me, it’s tequila and lime, marijuana mixed with the sulfur smell of a freshly lit match, food burning on the stove, vomit laced with Pepto. Some kids remember fondly from their childhood the smell of cookies or their grandmother’s perfume; I remember margarita mix.

The one thing I knew I wanted as a kid was to never be like my mother — no Jose Cuervo, no Marlboro Light 100s in a hard pack, no makeup mirror dusted with coke, no Zildjian papers, no pot.

Because you’ve never seen normal, you create your own definition of it, one that looks less like normal and more like perfection.

When you're too young to understand mental illness, but you're old enough to put together that tequila turns mom into someone else, you're just old enough to name the substance the cause. And even as you become old enough to know your mom isn't like other moms, it still feels better to blame the booze, the pot, the dusty mirror.

Blaming the substance feels so much better than admitting that your parent is not normal, that your life is not normal. And while you wait for the sobriety that won’t come, you pick up the mess; you hide the bottles, you put on the show for everyone outside. And while you do all of this, you tuck away these memories; you build resilience, you decide what is safe, and what is not. You decide what kind of adult you’ll be because you’re already becoming her.

You take this with you, these ideas about the power of substances, this feeling that there is no moderation. And if you're lucky, you become an adult that isn't like your parent. You stay sober. You stay safe. You stay away from the things that threaten your stability.

But to do this, you cement feelings around a lot of things. You can’t argue with your partner because arguments mean someone is leaving. You eat spaghetti every Thursday because you decide that Thursday is spaghetti night. Not even a glass of wine ever feels safe.

Because you’ve never seen normal, you create your own definition of it, one that looks less like normal and more like perfection.

You make for yourself, and those around you, a life of rigidity, one where shades of gray cannot mingle among the black and white. A life where there is no space for play or rest or anything that bends the boundary of maturity, that pushes the envelope of perfection.

One day I was a frightened child, and then suddenly I was a 40-year-old woman who couldn’t take a Xanax or have wine without panic seeping into the glass.

I grew up with very real, very hard feelings about substances. I drank — enough to get what I’d classify as drunk — one time in my early 20s. Instead of acting like my 21-year-old peers, I stayed in on the weekend. I mapped my menstrual cycles and read books about childbirth. I converted to Mormonism and thrust upon myself religiously mandated sobriety. I had babies to drive my point home.

I got high for the first time when I was 39.

When I tell people that I was 39 before I ever touched pot, they think I’m lying. But, no — the most dramatic acts of irresponsibility I engaged in as a teen were the smoking of one clove cigarette and that one time I stayed out three hours past curfew (and then only because I accidentally fell asleep listening to The Beatles in the back of my boyfriend’s truck, where I wasn’t even having unprotected sex).

There was no circumstance I could envision wherein the use of substances in any form could produce anything but a negative consequence.

And one day, sometime in my late 30s, my husband, the one I married when I was 35, called me a square.

And all of that is fine.

Except that when my husband called me a square, it made me think about the arbitrary rules I’ve made for myself, the way I came to define “adulthood” and “maturity” in such narrow ways. It made me consider that maybe the rules I had made for myself to keep me from turning into my mother, had made me into a person who left no space for herself to be anything.

So when I was 39, I got high. I found that pot didn’t make me a lousy mother or a bad adult; it just made me want to put cinnamon and sugar on yesterday's cold brown rice. I didn’t stop paying my bills or start abusing my children. I didn’t even stop sweeping. I didn’t become an addict.

Nothing has really changed.

I don’t spend my weekends blazed, watching Pineapple Express. But letting myself do something as simple as smoke has softened the boundaries of expectation enough to allow me to be a person. I’ve traveled alone. I have gone to bed at 2 am and stayed in bed until 8 am. I have let my kids watch too much TV. I’ve fed them too many hot dogs. I’ve yelled too much. I’ve let the milk run out, because sometimes you’re too tired to go to the store, and that’s okay.

My psychiatrist told me once that I’d created a life where anything less than constant and absolute perfection is a failure.

I’ve awakened now to the reality that all of the things I see as mistakes or weakness may only look that way because that’s how I've framed them.

My psychiatrist told me once that I’m not my mother.

If you like this article, please share it! Your clicks keep us alive!
Tags
pot
smoking
addiction
addict
ACoA
adult child
parenting
rules