Rav’s Repro: The Wild World Of Pregnancy And Fertility Apps 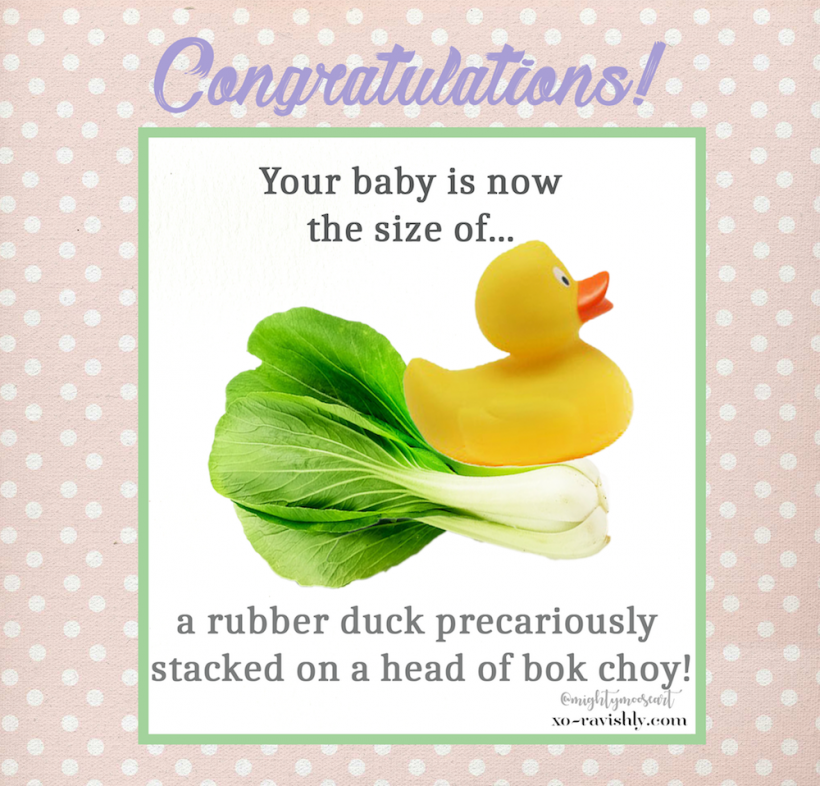 There are a plethora of baby app options out there, and not all are created equal.

For anyone out there who is pregnant or trying to conceive (TTC), you may already be well-acquainted with the world of fertility and pregnancy apps. When this quest to have a second child began for us, a little over two years ago, I had read about them and decided to give a few a try.

For the uninitiated, here’s some of what I’ve discovered.

You will think about your body in a much more nuanced way.

These apps track your menstrual cycle, regardless of whether or not you are trying to conceive. Each day, the app reminds/encourages you to fill out your daily log. The log, depending on where you are at (in your cycle, assisted fertility process, or pregnancy), has a series of questions — tracking symptoms (the state of your gastrointestinal system, aches and pains, etc.), body stasis (basal body temperature, cervical mucous changes, breast tenderness, etc.), and the variables of your day (exercise, water intake, sleep, meds taken, etc.) — that is then charted.

The apps take the information and give suggestions and explanations, while keeping a long history of your cycles and/or pregnancy (or in my case, pregnancies).

All of this tracking and thinking and charting opened my eyes to how the cycle of menstruation and ovulation works. I can imagine that this can make some people feel frustrated, if irregularities are present.

For me, I found my cycle to run like clockwork, even after pregnancy losses, and that was comforting for me, knowing that my body kept marching forward despite the setbacks and the grief. It gave me the push I needed to look forward, too.

They can be educational.

As I mentioned above, I understand my body and the way my reproductive system works in a much deeper way than I ever had before. Each day, the app gives you micro-articles that explain some part of your cycle or pregnancy. While some of these get redundant, I have found them to be pretty informative overall.

They can also be rife with misinformation.

Despite what I just said, sometimes they get the info all wrong. For example, in one week of pregnancy, the app may tell you that the fetus can now hear. Then three weeks later, it’s telling you the same thing, negating the earlier information. So, although they can be educational, take everything with a proverbial grain of salt. When in doubt, ask your doctor, not the app (and not Dr. Google either).

There’s a whole new set of lingo that will seem baffling at first.

As I began using the apps, I was astounded by the bevy of acronyms being used. Some were easy to decipher (TTC = trying to conceive), while others were confusing (POAS = pee/peed on a stick AKA took a home pregnancy test). An incomplete list….

Okay, that’s all I can think of right now, and you may be tuning out at this point (but there are more!).

They can offer support that you won’t find elsewhere.

Look, while your partner/friends/family want to be there for you, there are limits to what they can understand (or handle) — especially when you are going through IVF, miscarriages, etc.

On one of the apps, Glow, I became close with a small group of women who were going through their first round of IVF when I was. Most of them have since given birth. Through all of this, we have stayed in touch (now in a private Facebook group), and they have been supportive in ways that those IRL cannot be. We have talked each other through the pains, physical and emotional, large and small, for over 18 months. I am so grateful for the quiet and steady support they have given me throughout all of this.

They can also be a source of anxiety.

The flip side of finding support on these apps? The anxiety that can set in as you read about all of the miscarriages, failed IVF cycles, pregnancy losses, and complications others may be going through. There have been points in my pregnancy that I have avoided reading on when topics are posted that may make me lie awake at night worrying about the many things that could still go wrong in my pregnancy.

People can be as annoying and mean as they are on other forms of social media.

As is true in any virtual community, there are always going to be the ones whose unsolicited, unsupportive, negative, and sometimes mean comments are baffling/disturbing. Ignore them; don’t engage. That’s their baggage.

You may stumble across TMI.

There will inevitably be a post that includes a photo or information that feels way too TMI. Often, people will tag their posts TMI — which if you're squeamish or could be potentially triggered, you should probs stay away from. Me? I am that person whose curiosity always gets the best of me. What are ya gonna do?

They will make you LOLSOB.

One of my favorite part of these apps comes out to play when you are pregnant. As each week ticks by, the apps give you a rundown on what’s happening with you and the baby that week, as well as a fruit or animal or pastry or toy that is somewhat comparable in size and/or weight to the tiny life forming inside of you.

That baby is going to be compared to things like: a lentil, a sugar-snap-pea, a ladybug, a sugar glider, an eggplant, a head of lettuce, a pineapple, a croissant, a baguette, a roller blade, a motorcycle helmet, a bok choy, a mango, a bunch of bananas, and — my personal favorite — a Barbie Corvette.

The bottom line with these apps: use them if you find them amusing, educational, supportive, or merely a way to mark the time. Don’t use them if they make you obsessive or anxious about any of this.

As for the specific apps:

My least favorite was What To Expect. I found the discussions to be mean-spirited and the info to be “meh.”

The Bump is okay. I have not accessed any of the groups. They give some basic info week to week. It’s fine, but I don’t use it much.

BabyCenter has some decent articles, and the tools like the kick counter and contraction timer are useful.

Ovia wins hands-down in the “Your baby is the size of…” category. You can pick a theme (fruits and vegetables, Parisian bakery, weird-but-cute animals, or fun and games — see: roller blade, foam finger, Barbie convertible, etc.).

My favorite of the apps? The Glow family. Glow tracks your cycle and is used when you’re TTC or just keeping track of your cycle. Nurture is the pregnancy version of Glow. And Glow Baby is for all things postpartum. Their logging system is the best, this is where I found the community groups to be supportive, and the general day-to-day info seems to be the most useful.

Let me know what you think!

You guys, I am 34 weeks pregnant. Holy Moly! I can almost see the finish line. Overall, not gonna lie, I feel pretty crappy. My abdominal strain is a daily struggle, I have heartburn from everything (especially water?! but Zantac helps), it seems as though there is no possible way my abdominal skin could stretch any further (but I am 100% sure it can and will), and my sleep quality/quantity is severely compromised.

Sleep, oh you elusive beast, you. Look, I have never been a skilled sleeper. So the good news is that I function fairly well on little to no sleep. And, bonus, I remember when I had Atticus, that my sleep quality/quantity was better once I had him than in that last month of pregnancy. So... I have that to look forward to?

Next week, I have a big appointment at the OB. There’s the Group B strep test, checking the position and size of the baby via ultrasound, and checking on ye olde cervix. Depending on what’s happening down there, I will have my cerclage (which was placed as a precaution based on the loss I had with my last pregnancy) removed that day or one week later. If there’s any cervical softening (which is likely), once they take the cerclage out, labor may be coming a bit sooner, rather than later.

If you like this article, please share it! Your clicks keep us alive!
Tags
#RavsRepro
Rav's Repro
reproduction
fertility
infertility
pregnancy
assisted fertility
trying to conceive