Harridan Township: Masculine And Feminine Clothes For ALL Bodies! 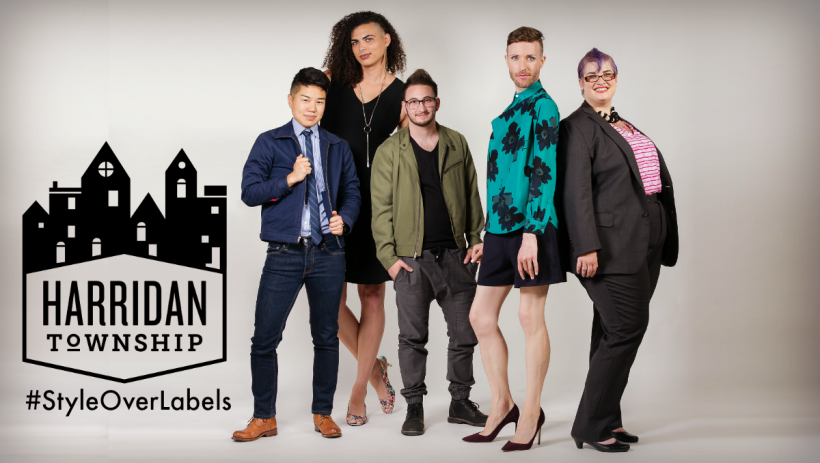 Most people would agree that clothing sizes, at least in the U.S., make very little sense. “Men's” and “women's” clothing sizes follow entirely different rules, and the numbers are often completely arbitrary.

The challenge of finding something that fits can be even more of a challenge for trans and gender-nonconforming people. Clothing designers and retailers almost never take the diversity of our bodies into account, leaving us with no choice but to get creative: shopping in the boys' section, getting to know a tailor, sewing our own dresses.

This brand-new online store will revolutionize fashion by introducing a universal sizing system that works for every gender and body type, and creating multiple lines of clothing — some masculine, some feminine, some both/neither — available across the whole spectrum of sizes.

The store's one existing line, Saint Harridan, began as a Kickstarter campaign in 2012. Just yesterday, the team launched a new Kickstarter campaign to realize the other four lines — it's off to an impressive start, and is offering items from its gorgeous new lines as prizes for backers, some of which are limited-edition.