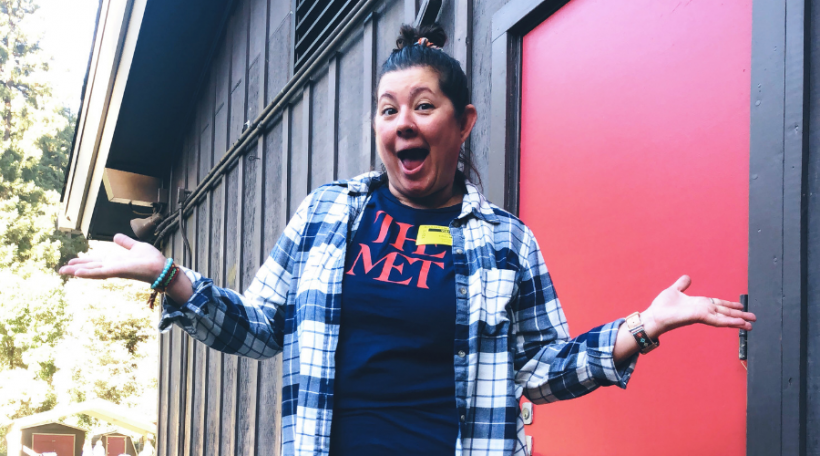 Welcome to Week Three of Joni Weeps About The State Of The World AKA The Real Ravishly Column...

Our small town, tucked between two green mountains just outside Santa Cruz, has one stop sign. I know that people say this hyperbolically about their small towns all the time, but in this case, it’s true. There is but one stop sign. Its four corners include: the Sheriff’s department (which has a flip sign on the door to indicate the hours), our one gas station/mini-mart/propane filling station, the pizza/pasta/salad place on the southeast, and Johnnie’s grocery store. What you’d call the “main drag” (but is, in fact, the only drag) is an amalgam of friendly, family-run hardware stores, a couple of small restaurants (one Chinese, one Mexican, a hot dog stand that’s only open until 2 pm, and the pizza place), Joe’s Bar (yes, it’s really called Joe’s Bar), the charred and hollowed out remains of what was once a brewery, an antique store, a couple of art stores/studios, one metaphysical store where you can buy incense and tarot and huge chunks of rose quartz and get a Reiki healing session all at the same time, the “drugstore” (not yet upgraded to a “pharmacy”) which doubles as a stationary store/gift shop/last place in tri-counties that you can still buy those tiny porcelain Hagen-Renaker animal figurines, a liquor store that also sells bundles of roses and sunflowers, a second, smaller grocery (that sells only organic food, kombucha, and CBD oil), two tiny coffee shops, a small white wooden church, the original lumber mill from when this was a logging town and nothing else, and one place that cuts hair.

That’s it. That is the whole town. The post office is tucked behind the one tiny bank that still has a drive-up window; I think they both close at 4 pm (4:30 tops.)

Our driving route to school is the same every day, not because I like routine, but because there is pretty much only one way to get there. Through the woods. Down main (which also happens to be the highway, which also happens to be the road our house is just off of.) Stop at the (one) stop sign. Continue south, turning right just past the “drugstore”, but before the big brick Catholic church on the hill. Head up the steep incline to the school which sits at the top of the western mountain and is backed by open space full of Coastal Redwoods.

One fun thing about small towns is that you don’t have to live there long to know everyone. There is Mickey with the white truck. He’s friends with Jimmy who just got a new red truck. I know this because I heard Mickey yelling, "Damn, that's a nice new truck you got there, Jimmy!" There is the lady and her husband who own the hot dog place which is tucked between two buildings and includes a potted garden with cheerful geraniums and marigolds (they have an aqua-blue '65 Ford pickup). There is the woman always sweeping the sidewalk in front of the Chinese place.

And then there is the lady we see walking downtown every morning, pulling a tattered green suitcase on three wheels, usually looking at her feet, sometimes with coffee (or a cup that looks like coffee.)

Due to a combination of my general lack of observation and my shockingly abysmal critical thinking skills, it took me a few weeks to figure out she is homeless. We were driving to dinner one evening when I saw her at the bus stop and said to my husband, “Whoa. Is she homeless?” He turned his head from the road long enough to look at me sideways, the way he does when he can't believe how daft I am, “She walks around with a suitcase and is literally outside every time we are downtown. What do you think, Joni?”

There happened to be someone walking across the street at the corner of the drugstore and the Mexican place, which had caused us to stop and afforded me my first opportunity to really look at her. That’s when I realized, on a level other than subconscious, this woman looks so much like my mother. Brassy orange hair, obviously dyed but not very well. A cigarette hanging from her mouth. An unintentionally oversized grey sweatshirt hanging to the holes in the knees of her jeans. Flip flops on her blackened feet.

That night I had a dream that I followed that woman around town. Not saying anything, just walking quietly behind her watching what she was doing. I woke up and cried.

Why am I telling you all of this? I don’t know. I guess I’m telling you this because just when you think you’re okay, the demons are buried and gone, the trauma healed, you’ll see a homeless woman who looks just like your mother or father or some other person who hurt you and the rug will be ripped from under you, reopening the wound to expose all of the sorrow that’s still there just right below the surface.

Pokey-butt kid has not, at least to my knowledge, poked any more butts.

I have been helping with math centers which means trying to teach six 7- and 8-year-old kids at a time how to subtract in reverse by the part-part-whole method using things like tiny erasers or plastic money. Most of the kids think I’m a teacher here now. Three of them think I’m a doctor. At least one of them thinks I’m pregnant. I am, both sadly and wonderfully, none of those things.

Last week, a child described in detail the abduction and murder of his cat, Jack, at the hands (talons?) of a great horned owl. It’s possible that he made that up, but there are a lot of owls here and they are probably hungry. Regardless, the scene is horrifying. An owl eating someone’s cat.

This is a great horned owl: 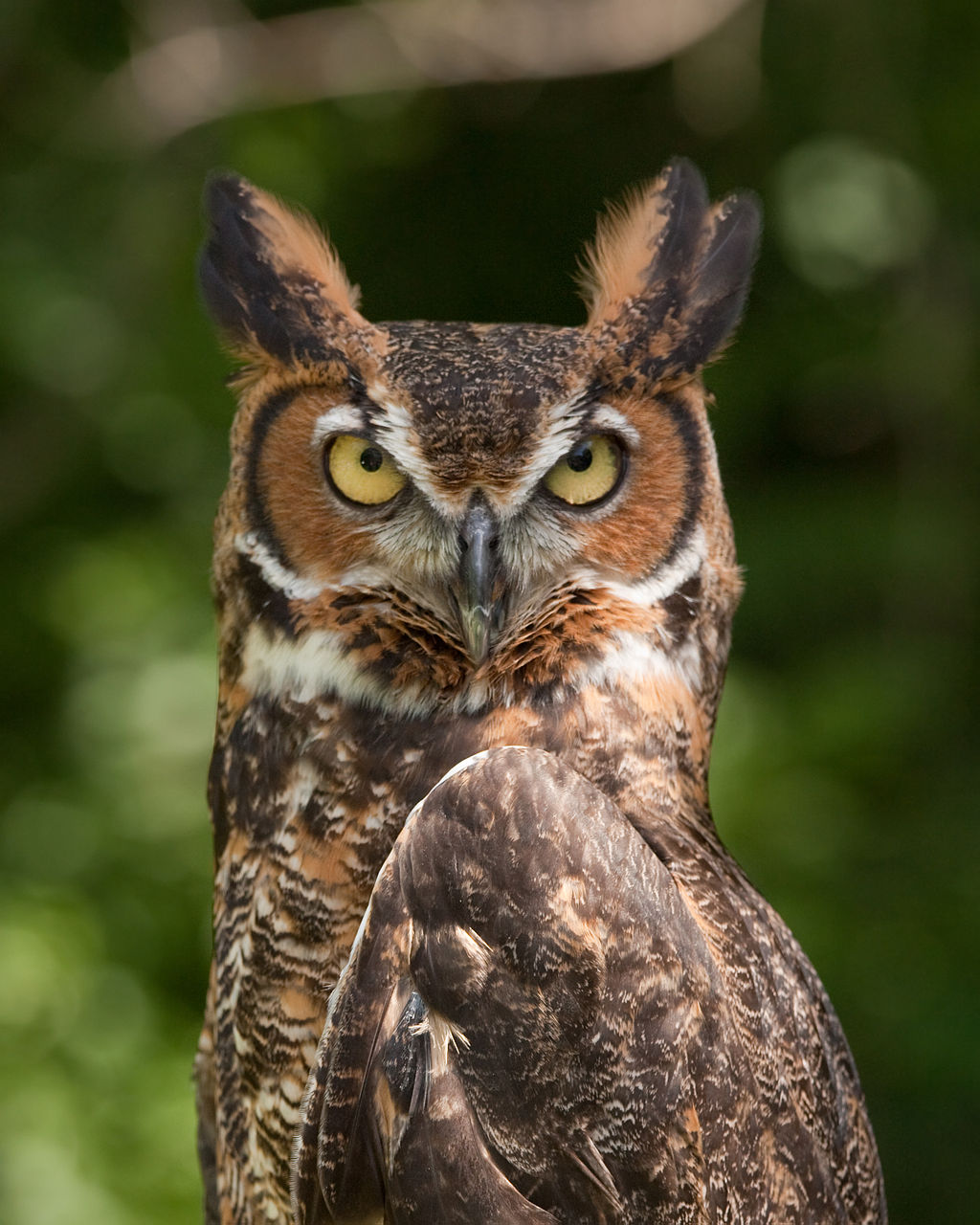 The great horned owl only weighs about 3.2 pounds, while the average housecat weighs somewhere between 7.9 and 9.9 pounds. So, unless Jack (RIP) was a kitten, or this was an especially large owl, there is probably some embellishing going on here.

Moving on. As part of morning circle every day, the children are asked a question. Sometimes simple, like what’s your favorite food? Or, Do you have any siblings? Sometimes it’s a little more existential like, have you ever felt different than other kids? Each child has a turn to answer, then passes it on to the next child with a fist bump (or a pinky touch or a handshake.)

Today’s question: What do you think life will be like when you’re grown up?

Some of my favorite answers:

Awful. Because there won’t be anyone to cook my food.

The best because I’m going to play MineCraft all the time and no one can tell me no.

Horrible! Because I’m going to have kids.

The absolute worst behaved child in the class, if not all of the second grade — the one that can’t seem to get anything done, who is never on task, constantly chatting or looking at the ceiling or coloring directly on his desk — is named Derek. Ella’s teacher somehow maintains her calm demeanor with this kid day after day. Monday morning I had heard him tell a classmate that his mother was dead. At lunch, he told another classmate that she lived in Mexico. At snack, he told an entirely different student that she died when she was two (he clearly does not understand subtraction yet.) That afternoon, after all the other children had run off to their parents or the bus, I overheard Ella’s teacher talking with Derek's grandmother (who he apparently lives with) about his classroom behavior. His mother is neither in Mexico nor dead. It seems like she’s just gone. Like she doesn’t care enough to make time for Derek or maybe, like my mom, she just can’t.

If you like this article, please share it! Your clicks keep us alive!
Tags
#ScenesFromSecondGrade
ACoA
real ravishly
adult child of an alcoholic
trauma
PTSD