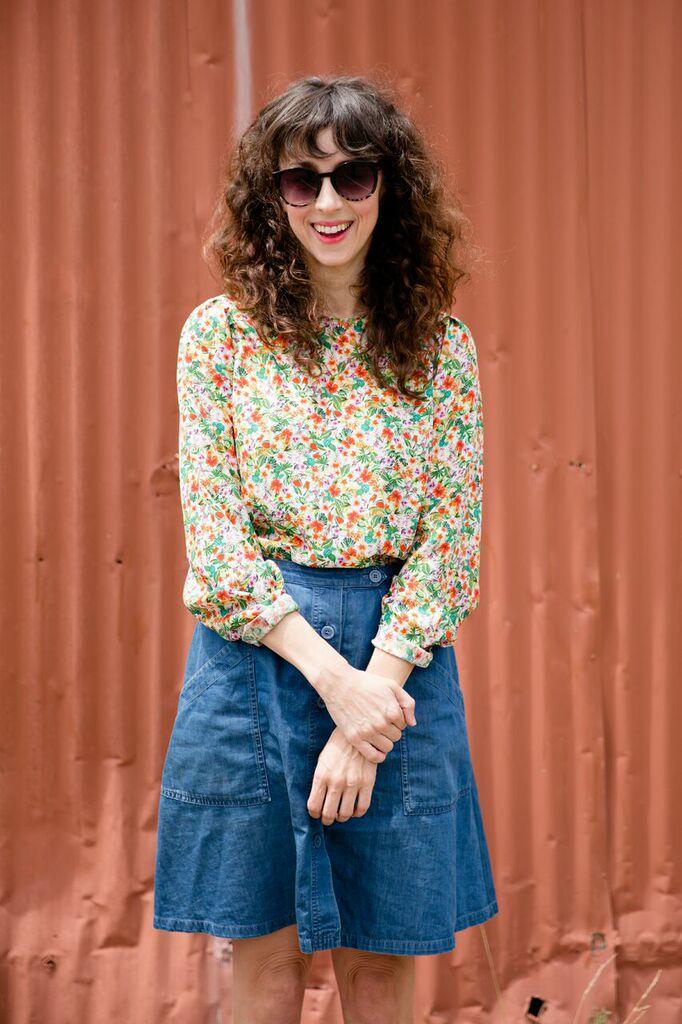 What are you up to today?
I'm on my way back to Los Angeles, and I just stopped to get something to eat.

What brought you to Santa Barbara?
I'm a photographer, so I was in Santa Ynez doing a little shoot and now I'm driving back.

Is Santa Ynez the mountain range in that direction?
No, it's like an hour north. It's gorgeous—there's wineries and ranches. It's not really a destination where you would sightsee, but more like if you wanted to stay for a quiet weekend at some weird little inn.

What were you working on?
I photograph kids. I take pictures of families and portraits of kids, and I also photograph kids' fashion lines. So I was photographing a kid up there—this family hired me.

That's great!
Yeah, it's cool! I get to travel, which is nice—and randomly photograph kids in different cities.

How did you start doing what you do? 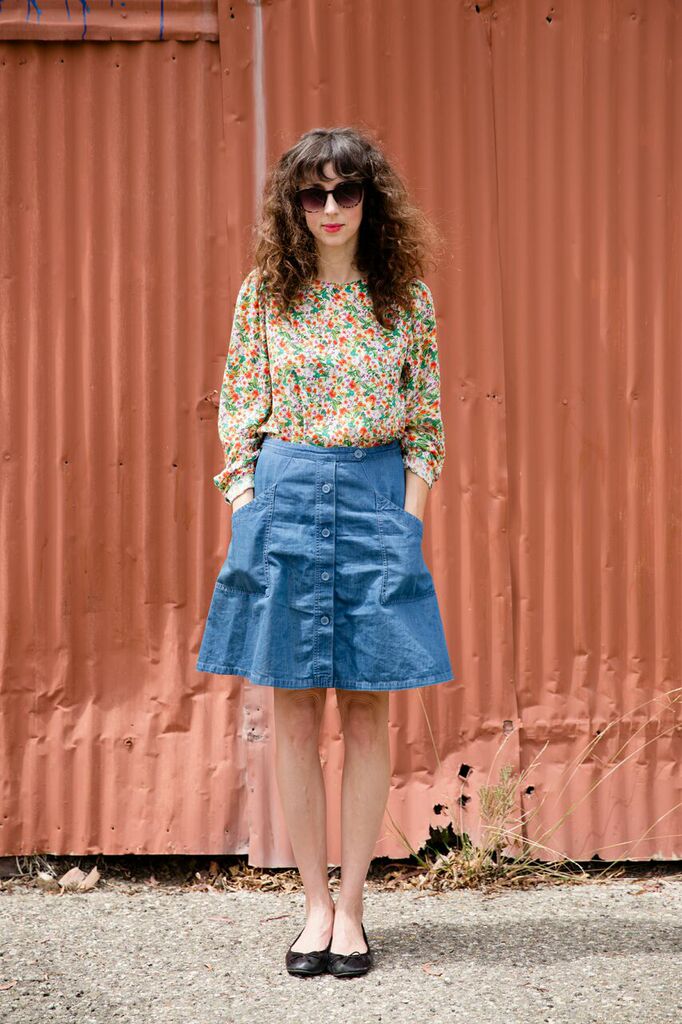 Well, I've been a photographer for a long time—just shooting adults, and some band photography. And then randomly about five years ago—I took a picture of a friend's kid. But I shot them in a way that I would shoot an adult. So not like the typical, kind of cheesy photography that you see. So I thought, "this is kind of cool, and not a lot of people are doing it." I just kept going with it, and made it my focus. Now it's all I do. And it's really cool, I can basically choose where I want to go and then I put the word out. And then people will hire me. So, like, I'll go to Europe, and shoot in Norway.

So you post where you'll be and people will refer you? That's awesome!
And I've become friends with bloggers over the years—like mom-style blogs and whatnot so . . . yeah, it's a good gig!

Well congrats on making it work, sometimes it's tough!
It's a hard industry! Are you a photographer?

Yeah, I'm freelance—started out assisting but didn't go to school for it.

Yeah, me neither. I feel like if you go to school for photography, it's really forced and you're really pressured to make it and pay back your loans. Especially if you go to a big art school. But I always love photographers who have kind of done it in an unorthodox kind of way, or just fell into it.

What's something that you're into right now?
I'm really into Scandinavia. I'm super inspired by their aesthetic, their way of life, and their government. I'm trying to go back in the summer and go to Copenhagen and Stockholm. They're inspiring my aesthetic in my work right now, which is nice because, you know, you kind of need that constant inspiration. It's really clean aesthetically. And beautiful clothing. I shoot a lot of kids' fashion lines, so a lot of great clothing lines are coming out of Norway and Denmark. So I'm a little obsessed right now. But in a different way than I think a lot of people are, you know? [laughs] Some people really love the furniture, and the architecture, but I'm like, no—the kids' clothing lines! So I'm trying to work more over there, because it sort of matches what I do over there.

So you've been out there before?
Yeah, so I went to Oslo randomly last summer. I just happened to get editorial work there. And they pay a lot, because Norway is the richest country, but literally I went out for tacos and I treated a friend and it was like $150. For like, 4 tacos and 2 beers.

What?
They make a really good living, their taxes are really high, but for tourists it's a joke—it's ridiculous. So for editorial they paid really well. I feel like the Scandinavians are very generous people and they like to help you and they're very hospitable in a way that Americans are not. I'll meet someone and they're like, come stay at my house for two weeks! So, it's really nice. I want to move there.

I also wanted to ask you about your personal style!
Wow, it's really fancy [laughs]. My top is from H & M; I think I got it in London. Everybody stops me for this and I'm like, it's H & M—it was like 20 bucks. The skirt is APC, and I wear this at least 3 times a week. It's the best skirt—I got it in Paris. They have an APC outlet, so it was a lot cheaper. It would be probably like, $400, but I'm not going to spend that. My style is very, I don't know, easygoing. I stick to my favorite stuff and I wear it a lot. I like to wear comfortable stuff that I can travel in. I like to wear a lot of jumpsuits. Jumpsuits are good!

The only thing is the peeing problem.
Peeing problem is a pain. I agree. Gets a little annoying. But they're so good and so comfortable! But it's almost like, can you make a little onesie when you're a baby? Like a snap thing, right?

Or if it was a modular jumpsuit that attached at the waist, that would be sweet.
Maybe think about designing that!

Have you seen any good jumpsuits lately?
No, They're hard to find. Find a good one, that's all you need.