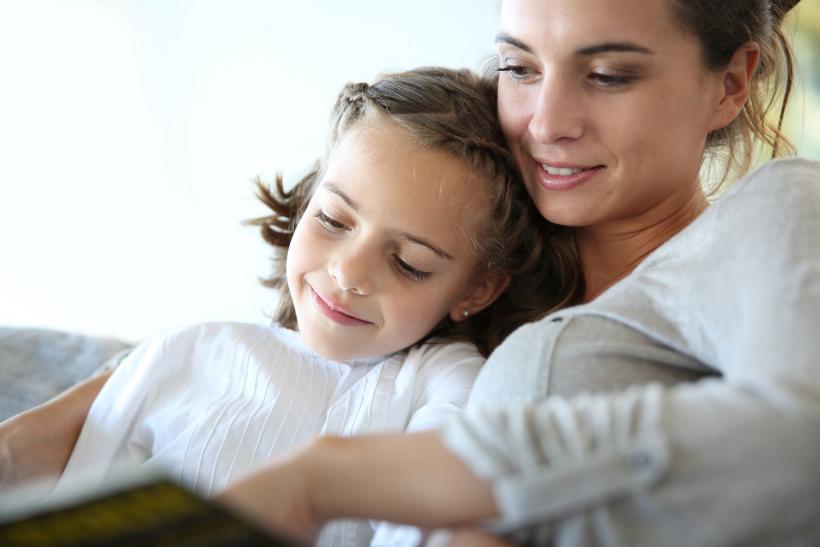 Here are a few ways we can help kids develop a healthy body image.

I’m currently on a nostalgia bender, in which I’m revisiting my collection of childhood diaries dating back to when I was ten years old. It’s fascinating to see how my younger self once learned to navigate her emotional world, with all of its triumphs, angst, and drama.

But nothing gets my attention more than an entry from fifth-grade. As my eyes flick down the page dated April 4, 1989, my jaw drops. Scrawled in purple ink is the sentence, “I think I’ll go on a diet!”

With those words, the girl in my diaries suddenly morphs into a young woman who is painfully aware of the space her body takes up in the world.

At age ten, I weighed roughly 80 pounds and was a healthy, growing girl who loved to ice skate, bike, and swim with friends. Yet almost overnight, I began to view my body as a liability, something to be restricted, controlled, and judged.

In subsequent diary entries over the summer, I wrote about my plan to shed ten pounds before starting sixth grade. Though I did not ultimately develop a clinically diagnosed eating disorder, the behaviors I described were troubling. The National Eating Disorders Association (NEDA) lists common signs of eating disorders, including the following:

“Expresses a need to ‘burn off’ calories taken in…” 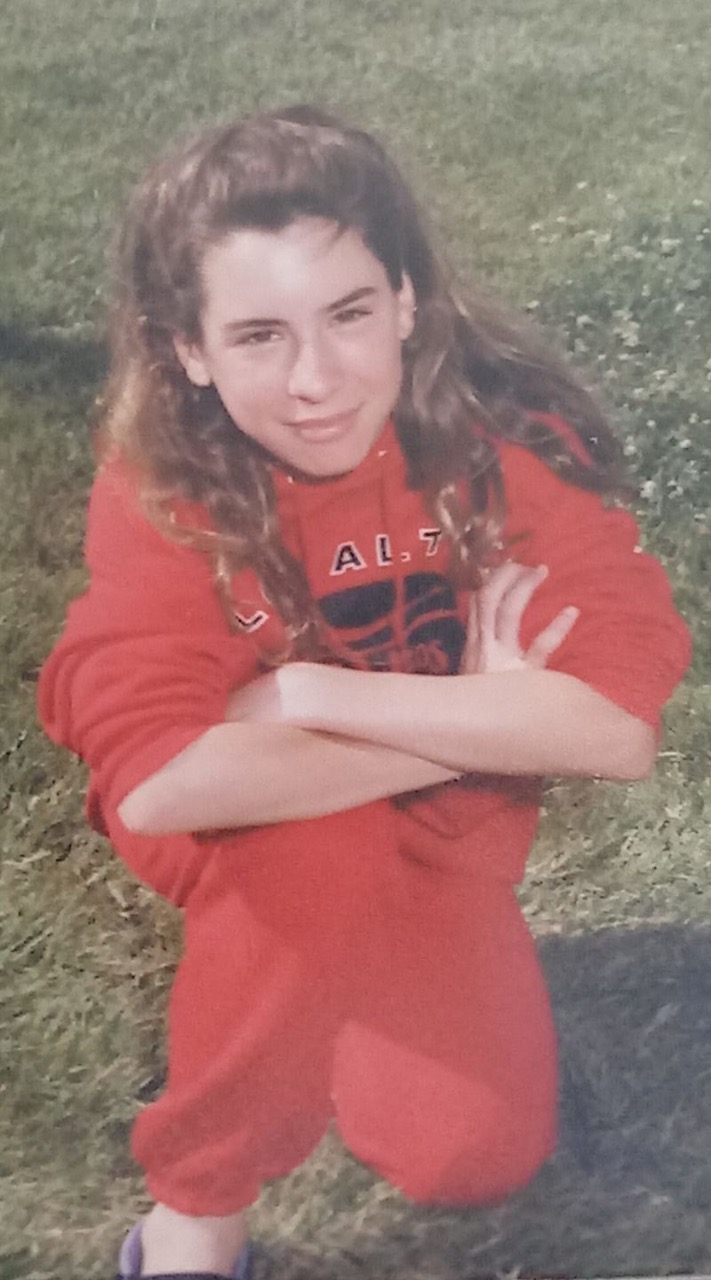 I know now that different forces were driving my behavior. Researchers believe that specific genes make individuals more likely to develop eating disorders and that environmental factors also play an important role. For many people, eating disorders stem from a desire to feel in control, especially during the turbulent years of adolescence. A friend who was diagnosed with anorexia during high school describes it this way: “For me, it was like the perfect storm — I found that strictly monitoring what I ate became my means of controlling all the perceived ‘uncontrollables’ in my life.”

Like my friend, I wanted to be in control. I’ve also always struggled with anxiety and perfectionism, both of which are strong risk factors for eating disorders. On the other hand, I grew up with parents who had a reasonably healthy relationship with food and did not emphasize thinness as a measure of success. My father had an insatiable sweet tooth. Like many men his age, he’d grown heavier since his college years, which inspired occasional, half-hearted attempts to cut calories. But he never expressed real dissatisfaction with his physique, often pointing to his stomach and telling us, “This here is a muscular configuration!” My mom, whose cooking style favored comfort over elegance, taught me to make chicken noodle soup, fried bologna, and soft tacos. Some evenings, she’d go for a short jog around our neighborhood as I biked alongside her. Never once did I hear the word “diet” escape her lips.

Despite my supportive home environment, there were powerful external forces that — coupled with my innate personality — fueled my desire to change the way my body looked.

Like many adolescents, I wanted desperately to fit in with my peer group. At school, I noticed that girls who were thin appeared to be more popular than those who were not. I was short, muscular, and built more like a weightlifter than a dancer. I envied my classmates who were naturally slender and theorized that if I simply exercised enough, I could look like them. In one diary entry, I described one such girl: “She swims a lot, and she’s all bone!”

You Might Also Like: 4 Ways You Can Be Body Positive Even If You Still Hate Your Body

Beyond the school walls, I found further evidence that my body deviated from the ideal. I remember poring over Seventeen magazine, turning page after page that featured gorgeous models I longed to emulate. Girls with no acne, girls with glossy, straight hair, girls whose thighs did not touch — ever. In 2012, Seventeen addressed criticism that it had edited photos to make its models appear thinner, promising that it would present authentic images going forward.

Today, the media and the fashion industry overwhelmingly continue to promote a body type that’s not realistic or healthy for most women. In fact, only 5% of us naturally have the thin physique that’s portrayed as ideal, according to the 2017 documentary Straight/Curve: Redefining Body Image. The film’s trailer offers a disheartening statistic: at age 17, 78% of girls are unhappy with their bodies. Now that I have two elementary school-aged daughters, this statistic is especially alarming.

Revisiting my past has motivated me to think more about how I can help my kids in the present.

While there will always be factors beyond my control, I know my attitude is critical in shaping the way my daughters perceive themselves. Here are a few ways we can help kids develop a healthy body image.

1. Start the conversation – and do so early.

It’s never too early to speak with our kids about body image and the cultural forces that affect it. In kindergarten, my oldest daughter came home from school one day and asked me, “Does chocolate milk make you fat? My friend says it does.” I was so shocked that five-year-olds were labeling foods as fattening that I didn’t know what to say. It may feel uncomfortable to have these discussions, but we need to get over it. If we don’t start these conversations proactively, they will happen anyway – on the playground and the soccer field, at birthday parties and sleepovers.

Refraining from making negative comments about our bodies in front of our kids is a good start, but articulating what we love about our bodies — with emphasis on what they can do rather than the way they look – will make a more significant impact. This can be as simple as, “I love the way my strong arms can give you hugs and carry all of our groceries.”

My dieting plan fizzled out around the middle of sixth grade, and while I don’t know for sure what steered me away from developing an eating disorder, I suspect swimming had something to do with it. I joined a local swim team that year, and I fell in love with the sport — not because of the calories it burned, but because of how it enabled me to see my body as strong and capable. As it turned out, I had a phenomenal breaststroke kick.

3. Clarify what body positivity is — and what it is not.

Embracing body positivity does not mean we believe we are perfect; it means we’re allowed to be a work in progress and that we’re all on different journeys towards health and truer self-expression. It’s okay to recognize when we need to make changes, as long as we treat ourselves with compassion. Though my father’s fad diets never stuck, we all recognized that his efforts were in pursuit of improved health, not to look a particular way.

Thanks to smartphones and 24/7 connectivity, we’re inundated daily with countless images of body types that aren’t realistic for the vast majority of people. Because our brains process these images thousands of times faster than words, this imagery has a powerful impact, particularly on kids who are growing up with regular exposure to digital media. The more we can emphasize and celebrate examples of real bodies, the more we can counter the dangerous perception that health and beauty have only one look that fits within very narrow parameters.

Kelly Roberts, creator of the blog and podcast “She Can & She Did,” is hoping to do just this. She’s made it her mission to push for more diverse media representation of all bodies. “I'm tired of seeing publications portray a body type that isn't conventionally thin as unhealthy,” Kelly writes.

As my daughters approach middle school, I hope they will never struggle with feeling as though their weight defines their self-worth. But no matter what, I’ll be ready to share my experiences and help them discover their definition of strength and health — one that has nothing to do with a number on a scale.

If you like this article, please share it! Your clicks keep us alive!
Tags
bodies
body image
eating disorder
childhood
parenting advice
parenting

To Gray Or Not To Gray? On Hair Dye And Aging
Gina RIch

On Heightism: My Child Is More Than Adorable
Gina RIch