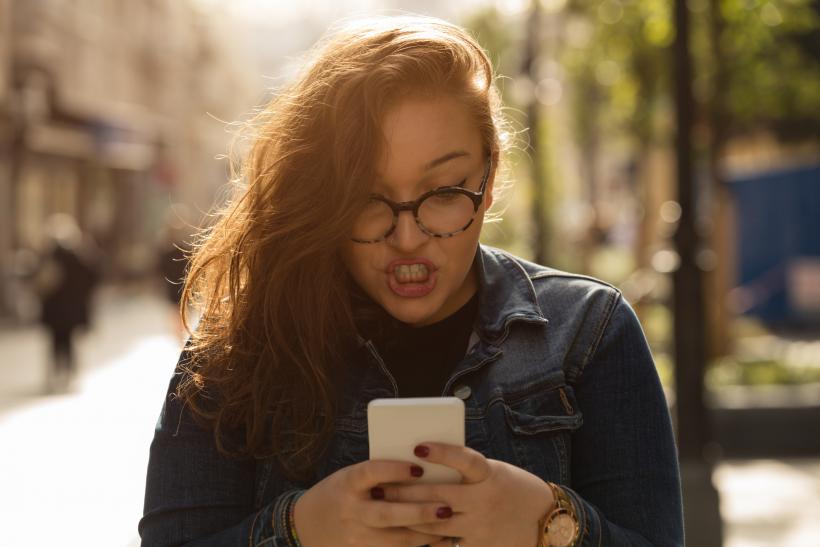 When my activist community turned toxic, I had to find a way to keep moving forward with my work.

I didn't start out in activist communities, but everything changed in 2013. Up until then, I was — to the best of my knowledge — a straight cis moderately liberal Christian blogger who only had a handful of readers. By the time I was 29, though, I finally figured out I was bisexual (it took me another two years to figure out I was non-binary), and started a Tumblr blog to connect with other bisexuals. What I didn’t expect was following a trail of social justice blogs that taught me about the systemic racism and misogyny that are still operating in the early 21st century.

Around the same time, I was deconstructing my faith to the point that eventually God just disappeared in a puff of logic. I was quickly evolving from a straight cis moderately liberal Christian guy to a queer trans atheist/humanist with a passion for social justice, and so I obviously had opinions. I decided to start a new blog called Bi Any Means and a podcast with the same name, and that, in the words of Robert Frost, has made all the difference.

I hoped that my blog and podcast would connect me with other activists spreading the good news of humanism. I didn’t expect to find family, but that’s what happened. As I interviewed more activists in the movement for the podcast, word about me quickly spread, and before I knew it, prominent atheist activists were sending me friend requests on Facebook. For some reason, people liked what I had to say. Fellow podcasters started inviting me to be a guest on their shows. Friends shared my blog posts. People I admired walked up to me during last year’s Reason Rally to say hello. All my hard work was finally paying off.

As clichéd as it sounds, I felt welcomed into a community for the first time in my life.

The pinnacle of this sense of community was this year’s ReasonCon in Hickory, NC. Not only did I reconnect with everyone I met at Reason Rally, I also made new friends and met more fans of my show. The talks were great, but the highlight of the conference was the amazing sense of community. We were in an environment where we were welcome to take off our masks, to laugh about the good times, mourn the loss of loved ones together, and open ourselves to the possibility of creating a lasting community. I started crying uncontrollably when I got home. I saw so much beauty that weekend — from meeting new people to sharing meals together to even witnessing a wedding proposal — that I couldn’t process it. I finally found a home.

Lately, however, my happy safe place is getting more and more toxic. The atheist movement has always had problems (remember Elevatorgate?), but I was under the impression that we’ve since moved on. Boy, I was wrong! For starters, after finding out one of my friends in the movement had been accused of inappropriate sexual behavior, I wrote on my Facebook wall, “Are there any atheists that aren’t racist or sexist?” A prominent member of the movement, who I generally respect, chimed in to basically say, “Not all atheists.” That led to several friends asking him if he’s doing anything to address racism and sexism within the movement, but he just tip-toed around the issue to my disappointment.

It got to the point where I seriously considered walking away from activism for good.

This isn’t too much of a shock, though, because a lot of atheist activists say we need to stop being so divisive over different opinions. That’s great if you’re talking about the “Everyone I don’t like is Hitler” meme (which, unfortunately, another friend in the movement currently does), but often this talking point comes up whenever someone brings up sexual harassment or the silencing of racial minorities within the movement. I saw the latter firsthand at a conference this past June. A black man was talking about racial justice, and one of the board members walked out and supposedly said, “I don’t want to hear another angry black man.” Not a good message if you’re running a conference about humanism.

It got to the point where I seriously considered walking away from activism for good. Every morning I felt my chest tighten up as I pulled up Facebook on my phone anticipating another flame war that broke out on my wall overnight. I kept looking at my friends list, wondering which one was going to end up being a horrible person next. Even doing my podcast felt like shouting into the void. Who cares what I have to say? Does it even matter?

In a last ditch effort to find one tiny shred of encouragement, I messaged a friend. She’s a transgender atheist podcaster who started podcasting around the same time I did, so we basically started our journeys together. “What makes you still do what you do when it seems like all of your comrades are horrible people?” I asked.

“What I do isn’t for them,” she said. “I don’t do it for any of the big names in the movement. I do it for the kids in my email inbox.”

My mind immediately flashed back to something that happened a few months ago. A young trans man messaged my friend and me during a moment of crisis. We immediately got on Skype and helped him out. After everything settled, I thought, “This person, whom I have never met in person, reached out to me, a nobody, during an emergency. All because of my podcast.”

This is why I’m not giving up. Even if everyone in the movement betrayed me one day, or if every secular activist organization fell apart tomorrow, I’d still do what I do for no other reason than for that one person out there somewhere on the Internet who hears my voice and knows they’re not alone.

If you like this article, please share it! Your clicks keep us alive!
Tags
Atheism
Humanism
activism
online activism
Podcasts
feminism
racism
misogyny