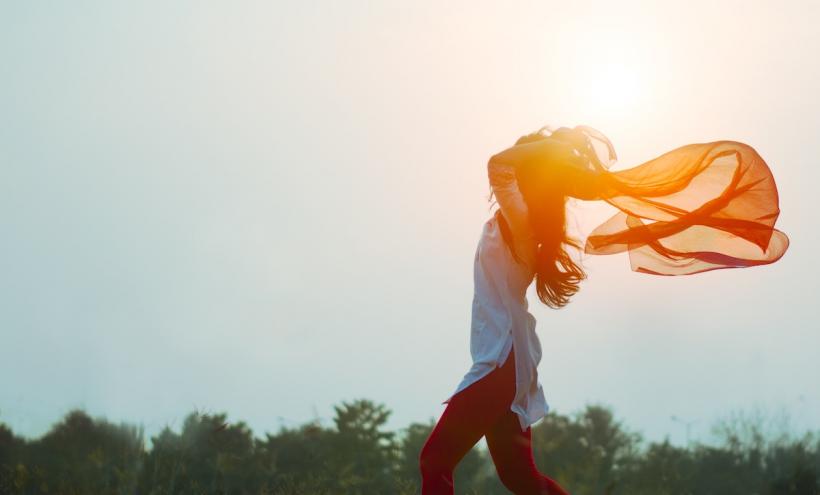 Photo by Aditya Saxena on Unsplash

While I don’t introduce myself as “Hi I’m Nisha, and I’m divorced,” I do reveal this fact relatively quickly; actually, I brag about it.

I always dreamt about the man I’d marry. My dream guy would take me away from my strict Indian parents and be perpetually romantic. He would be like the goofy guys I drooled over in romantic comedies. We would be annoyed by — but also love — each other's quirks. And when he was a jerk, I would get over it because he’d apologize with broody self-pity and sweetness. Wasn’t this love? I guess I had the right guy in mind because that’s exactly who I married.

I met him on IndianDating.com. He was different than other Indian guys I knew. He wasn’t into climbing the corporate ladder, and he appreciated good films. He played guitar and loved the Grateful Dead. It fit the formula I longed for: an Indian guy that didn’t strive to be a greedy investment banker or entrepreneur, knew how to have fun, and would present as acceptable to my parents.

So I ignored his criticisms that I had no interests and all my friends sucked. I brushed aside his vitriolic outbursts because his apologies were so genuine — he promised “never again,” and I always took the bait. He wasn’t 100% jerk. He was 100% wounded and projected it all over me, the person willing to be the punching bag.

Aside from the stigma of divorce, especially as an Indian, his declarations of regret gave me hope. I needed to stay — no one would understand how wounded he was and how I needed to save him.

We had a big fat Indian wedding. I longed to be the embodiment of a classical Hindu bride wearing a red and white sari with glints of gold and diamonds adorning me. The wedding decor was flawlessly color coordinated with hydrangeas and orchids at each table. We had signature drinks and one of the best deejays. I surprised him with wedding band engravings of the title “Unbroken Chain,” a Grateful Dead song. His said “Unbroken” and mine said “Chain.” Deep down, I always knew.

The day after our wedding, I lay in bed for hours as he slept until 1:00 p.m., worried he would be angry if I woke him up. When I finally had the guts to wake him, saying we needed to go to his parent’s house for a religious ceremony, he yelled, “We just got married! Why are you making me wake up?”

When his parents called minutes later and asked where we were, his temper disappeared. He told me that we needed to leave right away.

We went on vacation to Portugal, and one night I wasn’t hungry when he was. He threw my bra out the hotel window.

For I don’t remember what reason, one night after a delightful barbecue with friends, he ripped my house keys out of my hands, dragged me up our back stairs, and chased me around our place with fury. He locked me in our bedroom, stood in the hallway, banging on the door, and told me I locked him out. I was stuck. If I opened the door, he’d yell at me for locking it. If I kept it closed, he’d keep banging on it. Both scenarios came true.

Aside from the stigma of divorce, especially as an Indian, his declarations of regret gave me hope. I needed to stay — no one would understand how wounded he was and how I needed to save him. I want to think I pushed the eggshells aside for a few days before he grew irritated again, but I always stepped with caution. The push and pull of abuse and apology was a maze. I kept trying to find the shortcut to rescue him and do things “right” when all I was doing was getting lost.

So I said I needed space, and he didn’t argue.

The fact is we were never compatible, but I wasn’t willing to accept it — it wouldn’t have been on-script. I bound myself to him so we could be one, not realizing our name was codependence.

I knew our relationship wouldn’t stand a chance once I shifted the weight of his power.

For eight years I flew in the whirlwind of his needs, playing the part of sweet girlfriend and good Indian wife. I attended every family gathering and wedding near and far, convincing everyone it was true love. No one saw the hate he planted in my heart, making it seem like I held the seeds.

After we separated, everything was lighter. What I wanted for dinner wouldn’t spark a war. I didn’t walk around our home, wondering about his mood or my reactions. My emotions weren’t being manipulated.

I broke free, and now I brag about it.

Some people say I was strong to leave the relationship, but I tell them I was too scared to stay. But then I wonder if those are the same thing. I don’t brag about leaving him only because my life is way better. I brag about my divorce because I discovered it wasn’t up to me to save him, and, thankfully, I had the power to stop the cycle of abuse.

If you like this article, please share it! Your clicks keep us alive!
Tags
divorce
life after divorce
Indian wedding
emotional abuse
toxic relationship

Why I Brag About My Divorce
Nisha Mody