The Complicated Question People Want To Ask: Why Were You Suicidal? 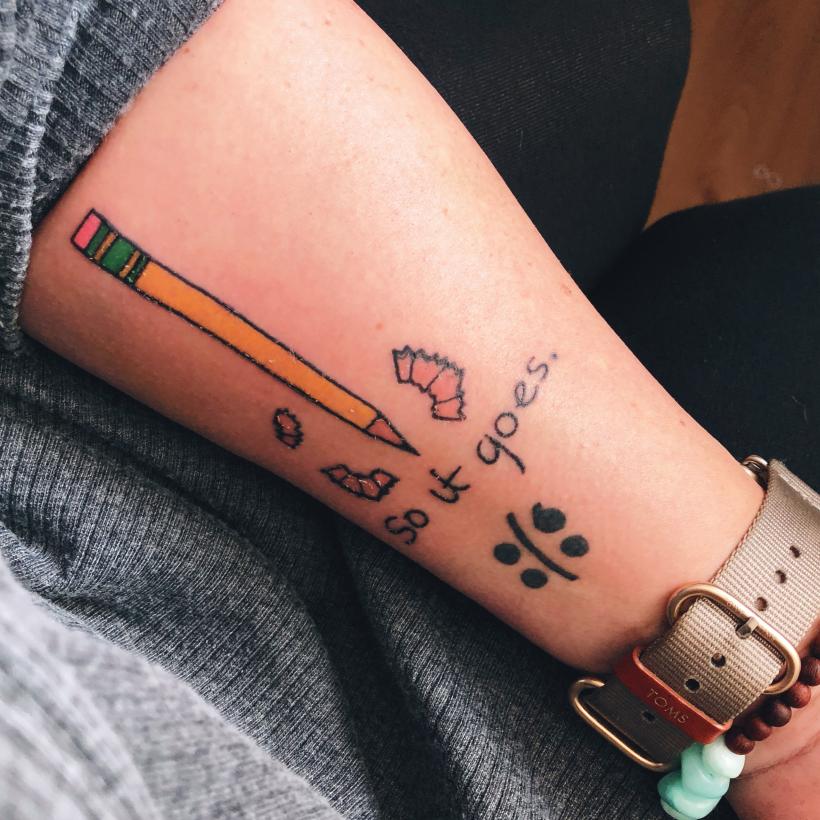 That desire to die is within us.

Starting the new year off with some hard truths about mental illness. Hang out with me for the next four weeks while I take you inside my brain — the sick version, the sad version, and the shockingly stable version.

Nine years ago, I was working as a registered nurse in a busy labor & delivery unit of a nearby hospital. The hospital was a 25-minute drive from my house. I worked the 6-6 night shift, which meant my commute to work was during "rush hour" (which, in the rural area I live in means the cows are being milked for the third round of the day). My commute home was during the earliest hours of the day when no one was yet on the road (except again with the cow milking).

On the drive, there was a small bridge. It only crossed a narrow irrigation canal, but it was deep and usually full of water. At the time, I was experiencing undiagnosed, untreated rapid cycling bipolar disorder. I spent most of my commute thinking about driving my car into the canal.

Psychiatrists call this "suicidal ideation." I knew that because I was a nurse and had spent some time working at an inpatient psychiatric hospital. I knew that it wasn't normal to be consumed, not with the thought of death so much as the idea of ceasing to exist.

The trouble with suicidal ideation is that when you are in the throes of it — even if you know it's abnormal — you are often powerless against it.

There was no sentinel event, no trauma; there was only me and the suffocating sense of hopelessness.

Eventually, that depression gave way to a bout of mania which began with me losing a third of my body weight in six months, and ended in me leaving my 16-year marriage. Those experiences did not almost kill me, but my brain tried.

By the demented good fortune of mania, I lived to tell you this story.

A couple of weeks ago, I got a new tattoo. Small but meaningful, etched on the inside of my left forearm, a reminder of that time and the other times death seemed like the most reasonable option. It is a reminder that I overcame those times. 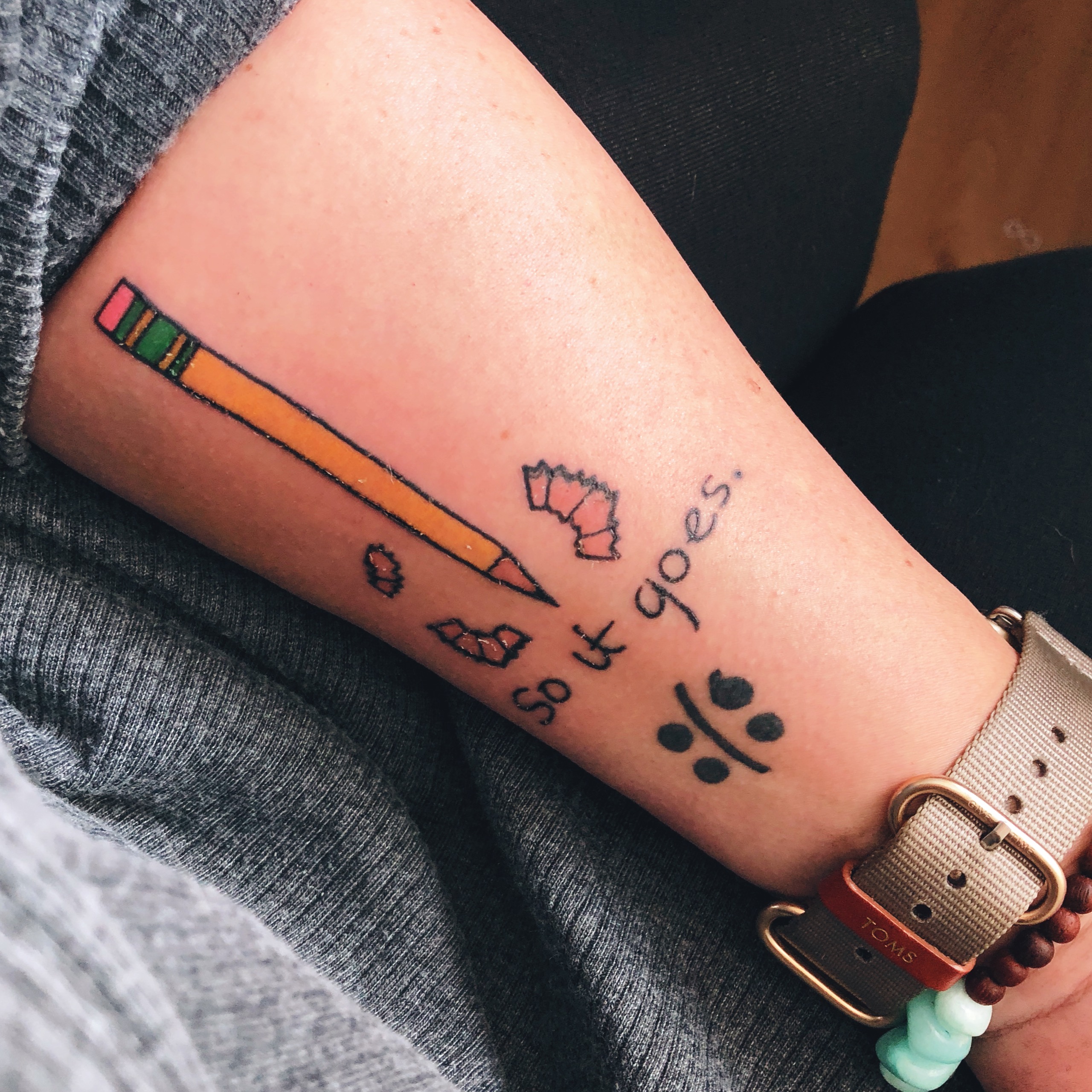 A pencil because I am, and will always be a writer.

The quote from Kurt Vonnegut because so it does go.

The pencil is half-used because I figure I've lived roughly half of the years I'm going to get on this planet — and I do plan to survive the other half.

The eraser is unused, not because I haven't made mistakes, but because I will not try to eliminate them.

There are three shavings, one for each period of my life that the cold irrigation water or the bottle of pills or the glint of a stainless blade called to me.

Last week, I shared this new tattoo with my social media followers. I do this, not because I crave pity, but because I feel a desire, a responsibility, to tell people that they can survive.

There were many comments. Most folks praised my bravery or applauded my survival. No one told me I was foolish. One person asked what had driven me to consider suicide. That person was one who herself has experienced depression, but could not fathom the plotting of her own death.

This question gave me pause. Not because it was inappropriate or invasive, but because I realized all at once that folks who have not been suicidal have no understanding of what it means to be suicidal. And though I knew it, I was reminded that not all folks have been suicidal.

The thing is, there is no "thing" that made me suicidal.

There was no sentinel event, no trauma; there was only me and the suffocating sense of hopelessness. This hopelessness consumed me in the way that one might find themselves consumed by the excitement of a new love or the desperate sadness of one lost.

This despair was my constant companion. It would wax and wane, certainly. But just when I felt the fog lifting, it would return like the sudden onset of insatiable hunger or a migraine that won’t respond to medication. It would not be ignored.

The paralytic desperation that were a result of the missing or insufficient chemicals in my broken brain made me believe that the world would simply be better off were I not in it. Can you imagine this with me for a minute? The feeling that you are so worthless, so unnecessary that your death would bring those around you relief.

Folks who contemplate suicide — who plan their death down to the final detail of who will identify their body, who will clean up the blood — these folks are not simply driven to die by some external event. That desire to die is within them. It's not theoretical; it's a living, breathing feeling that exists independent of what would seem logical. It will not be reasoned with. It will not be dissuaded. Your friends and family may plead with you to stay with them but this supplication will not be heard by a brain with such a will to die.

After decades of this pain, I am treated. I have a good psychiatrist and a medicine cabinet full of pharmaceuticals that keep me free from the strangulating grip of death. I thank them for this gift of science in the absence of fully functioning physiology. And I thank myself for daily compliance with the regimen, despite the side effects that frustrate me to frequent tears — the lethargy, the loss of words, the dry mouth, the nausea, the fear that I may not even know the person under the chemistry.

On the days that it is hardest to swallow the handful of pills, I remind myself that the alternative is so much worse; it is fatal.

I don't work at that hospital anymore. I haven't driven over that bridge in a long time. I haven't seen my car diving headlong into the water that would take my life. I have seen that I don't have to live with that pain. I hope you can see that, too.

If you like this article, please share it! Your clicks keep us alive!
Tags
suicide
suicidal ideation
bipolar disorder
Depression