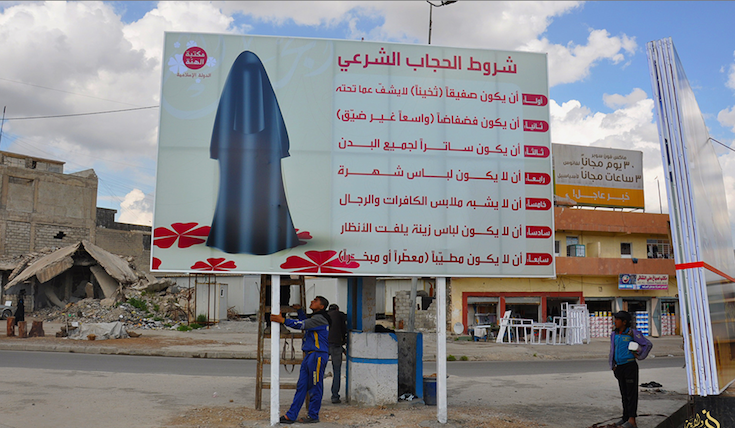 The latest tactic of the fundamentalist sadists is indeed more benign than public beheadings, but is perhaps a chilling harbinger of things to come; ISIS is now targeting women's clothing in a series of billboards. Recent tweets by ISIS supporters shows a series of images telling the female population just how to wear their burqa in the Iraqi city of Mosul.

According to Vocativ, the accompanying text is a combination of tyranny and female-empowerment. First, it states that corporeal punishment may be implemented on women who disobey the code:

“The Rules of the (lawful) Hijab

. . . and then, there's an odd attempt to weave in (Western) feminist ideals: Some, for instance, boast that the Muslim woman is "queen" of her home.

Not sure how many Muslim woman would like to reign supreme in this kind of kingdom however. Can we all wake up from this nightmare already?!