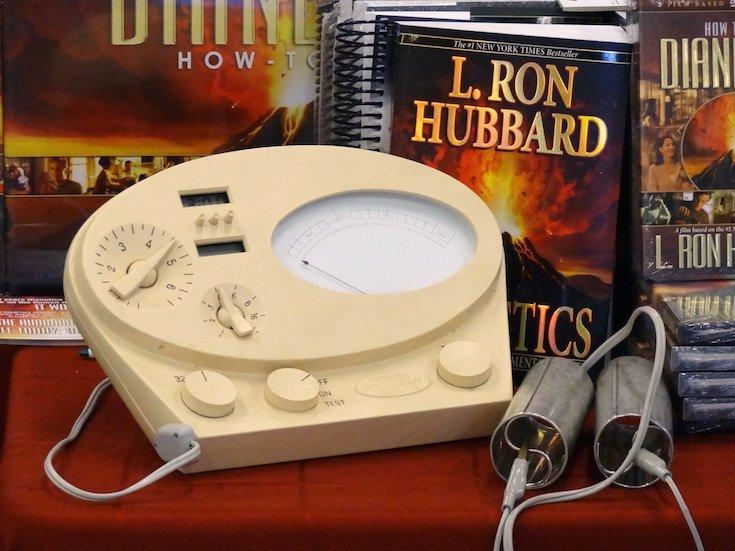 Sundance Film Festival never fails to supply a steady stream of controversy, and that's just the way we like it.

This year filmmakers have awakened the great angry beasts within the "Church" of Scientology with the documentary Going Clear: Scientology And The Prison Of Belief. The film—directed by Alex Gibney and based on the bestselling book by Lawrence Wright—makes some pretty intense allegations. Among the craziest and most delectable?

Church members played a role in Tom Cruise and Nicole Kidman's divorce; John Travolta is being blackmailed; and members suffer abuse at the hands of church officials.

Needless to say, Scientologists have come out swinging. They released a scathing statement denouncing the film. (Never fear—HBO hired over 100 lawyers to prevent any legal shenanigans.) We combed through to find the best parts to share with you:

"The Church has documented evidence that those featured in Gibney’s film regurgitating their stale, discredited allegations are admitted perjurers, admitted liars and professional anti-Scientologists whose living depends on the filing of false claims."

"Professional anti-Scientologists"? Really? Now who's the paranoid one?

"All have been gone so long from the Church they know nothing of it today."

Hold up, I'm confused. Does the film make "false" allegations outright, or that the "Church" has changed drastically in recent years...?

"Wright and Gibney cherry-picked expelled, discredited, former Scientologists who would help them advance their propaganda. What was portrayed as a nonfiction book, and now a film, are both transparent vehicles for vendettas."

I mean, is there a social network for anti-Scientologists? Did fate just lend a kind hand in connecting Gibney with ex-members?

"Its 11,000 Churches, Missions and affiliated groups now brighten every part of the globe, while Scientology has opened 40 Ideal Churches spanning five continents since 2004 alone. Its humanitarian and social programs touch lives in 167 countries."

And, just like that, Scientology lost the Miss America crown again. Witnesses did say she clapped generously for the winner, however.