What Your Sick, Fat Friend Wants You To Know 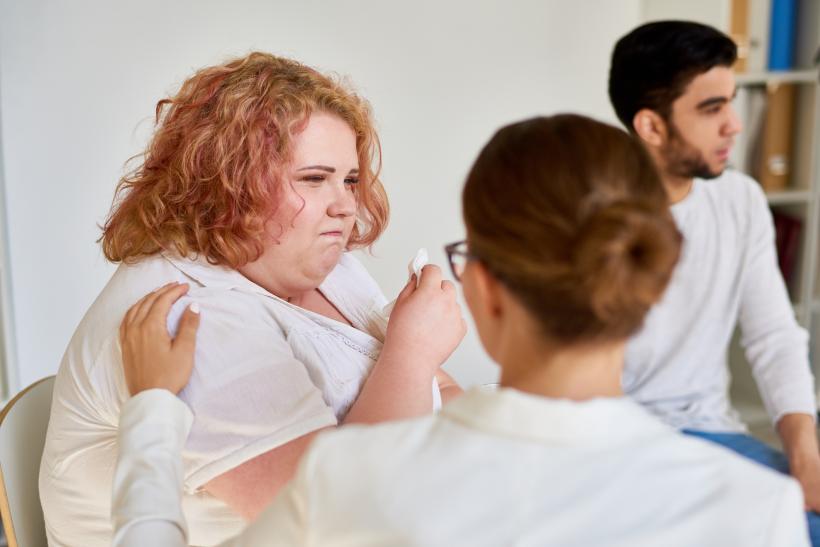 Chronic illness and fatness can interact in ways that exacerbate both the ableism and fatphobia we experience.

Chronic illness and fatness can interact in ways that exacerbate both the ableism and fatphobia we experience. As a sick person, I treasure the support that I get from my communities. However, sometimes even well-meaning people say and do things that are frustrating. These microaggressions can hurt.

Here is a list of things that I want my friends to know about living as a fat and sick person:

First, hopefully, you know to NEVER EVER EVER ask ANY sick person “have you tried x diet/medication/herb/exercise?” This is magnified by a million when you ask a sick fat person if we have tried a specific diet. As fat people, we have to deal with being inundated by diet industry messaging that tells us that only if we would eat a certain way we will lose weight and everything in our lives will be okay (spoiler: both are lies).

If you substitute wellness for weight loss, that gluten-free/raw/macrobiotic/etc. diet you are suggesting is essentially doing the same thing. Sick folks are experts of our bodies and if there is some kind of weight-neutral diet we want to try, we will. If not, we won’t. Some people’s illnesses, like Celiac Disease, may require a specific diet. Either way, I can guarantee you are not telling us anything we don’t know.

As fat folks, we are more likely to have a history of dieting or disordered eating, and you could be unintentionally triggering someone. At the very least this is incredibly irritating, so stop.

2. Doctors' Offices Can Be Toxic Places.

Doctors' offices are one of the most toxic places for fat people. In the U.S., if you even have technical access to health care (which is not a given especially if you are too sick to work and aren’t able to get disability benefits), as fat folks, we may avoid doctors because of how they treat us.

If you are sick and fat you have two choices: go to the doctor frequently and deal with the fatphobia or don’t go and deal with your illnesses yourself or with other kinds of healing modalities. I completely support anyone who doesn’t want to deal with western allopathic medicine, but I have been helped incredibly by pharmaceuticals and think everyone should have access, whether they take advantage of it or not. Access means being able to use it without feeling dehumanized, shamed, or having your body medicalized. Access means being treated like a whole person and human being with a body that happens to be fat.

As a fat person who sees a medical professional about once a month due to my myriad illnesses, that is potentially a monthly traumatic event. Being sick often means having to deal with medical fatphobia more frequently or suffering even worse consequences from not going to the doctor.  Either way, it sucks.

Both fat people and sick people are stereotyped as “lazy.” As someone who is both, I have internalized this. Even if you manage to shake the brainwashing of internalized ableism and fatphobia, there are people out there making life harder for fat people who use mobility devices like scooters.

I know that I have not used mobility devices and other access tools that would have helped me physically because I was nervous about the shit I would get as a fat person using one. (P.S. There is nothing wrong with being lazy! But don’t make assumptions.)

In chronic illness parlance, there are these things called “spoons,” which are essentially units of energy. Being fat and trying to dress and look “cute” or “professional” takes lots of spoons. “Cute” is subjective and “professional” is classist, but dressing yourself as a fat person is exhausting even if you wear pajamas all the time like I do.

I know some sick fatties who put together some amazing looks! But lots of us don’t have the spoons to be an acceptable good fatty who looks put together anyway and instead look like one of the bad fatty stereotypes: sloppy. Though dressing nicely doesn’t necessarily translate into less fatphobia, some people are especially cruel when a fat person looks like they feel good.

5. Weight Loss Is Not A Miracle Cure.

The idea that losing weight will heal all maladies is a cultural phenomenon inescapable even outside of allopathic medicine. Weight loss is seen as not only the cure for fatness but also the cure for everything — including incurable illnesses. Never mind that sustained weight loss is essentially impossible and that pushing weight loss is offensive and dangerous. And since stress makes people sicker, you should just avoid saying (or honestly even believing) anything along these lines.

Being fat and sick can suck in uniquely shitty ways, but if you care about someone who is both of those things you can educate yourself to help be a supportive friend instead of another voice exacerbating the fatphobia and ableism we experience.

If you like this article, please share it! Your clicks keep us alive!
Tags
fatphobia
fatphobic
fat shaming
bodies
chronic illness
fatness

The Benefits Of Hiring Someone With A Chronic Illness ​
Katie Tastrom

What Your Sick, Fat Friend Wants You To Know
Katie Tastrom

Generations, Disabled AND IN POVERTY: A Response To The Washington Post
Katie Tastrom