Why It's Time To Banish Mommy Guilt 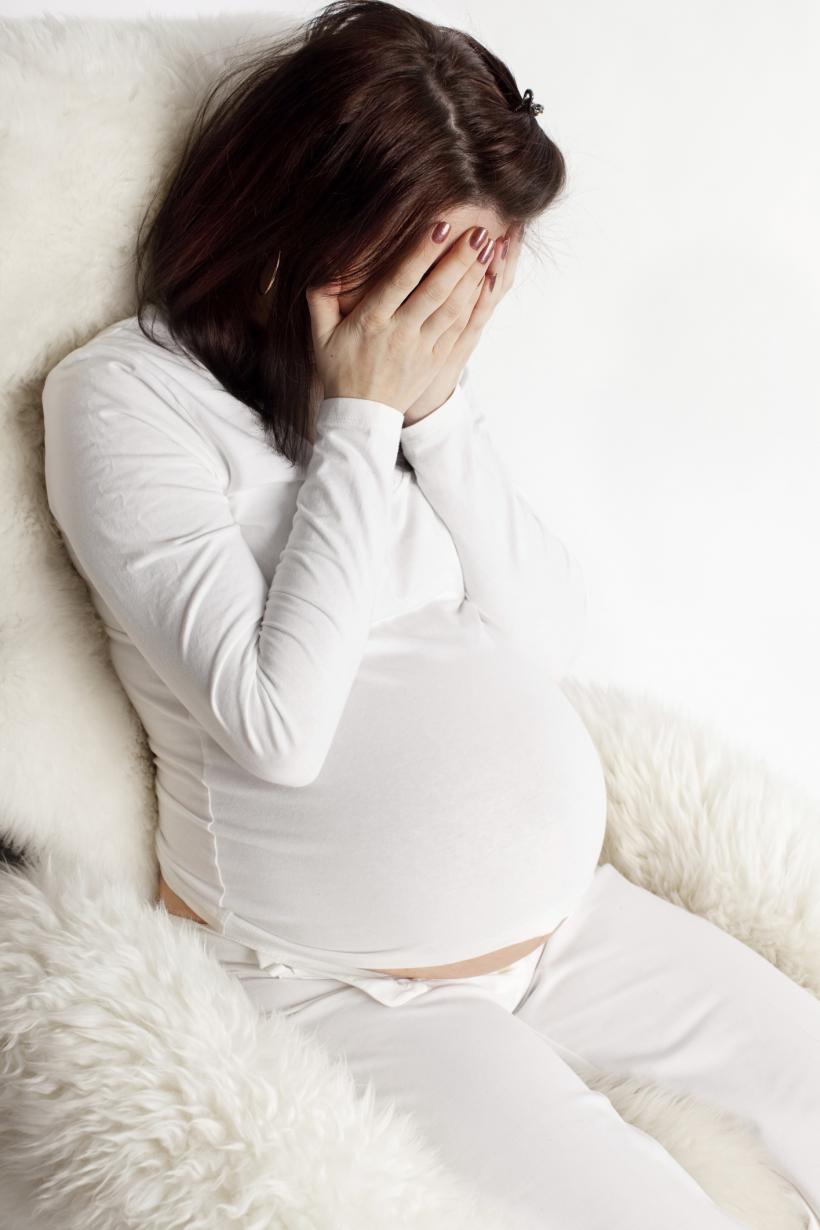 The "G" word. I said it. Guilt. Of the mommy variety. There it is. We're talking about it. Right now.

It starts when you are pregnant. You drink too much coffee, don't take enough prenatal vitamins, have too many glasses of wine. And then . . . oh, then—The Guilt. You're already failing at motherhood and the baby isn't even BORN yet.

You prepare yourself for natural birth by reading 67 books, taking prepared childbirth classes, doing 175 hours of yoga, walking 234 miles. And then labor comes and holy crap it hurts. It hurts. so. badly. Seriously, it hurts like hell. Why didn't anyone tell you it was going to feel like a Mack Truck driving through your body? So you get an epidural. Well shit. First you fail at pregnancy and now you fail at birth too. Perfect.

And then the baby is born and you want to breastfeed. You really, really do. But your baby won't latch well and your nipples hurt and you are bleeding and cramping and trying to recover from the Mack Truck birth you are still traumatized by failing miserably at. And you're tired. You are so, so tired. So you give the baby a bottle. And then your milk supply wavers and you can't pump and you end up giving your precious, sweet, tiny bundle of joy formula. Super. He was probably going to cure cancer but not anymore. Not since you FAILED and gave him formula. He's not going to be as intelligent. Because everyone knows breastfeeding makes babies smart. And now cancer isn't cured and it's your fault.

You mean to use cloth diapers. But then you realize cloth diapers are fricking gross. And the thought of rinsing poop out of a diaper is just too much. So you use disposables and now the landfills are full. All because of you and your fear of poop. The environment gives you a standing ovation for your thoughtful dedication.

Now he's a toddler. And you need to fold laundry. You really need to fold laundry. The laundry pile is like Mount Vesuvius and it's about to erupt and bury your family in a pile of clothes. So you put on Daniel Tiger. I mean come on. It's PBS. But oh shoot. You just remember the American Academy of Pediatrics' recommendation that kids shouldn't even see TV before they are 3. Now he's not going to cure cancer or have an imagination.

When he's five you go to a party for a child in his kindergarten class (which of course is in a public school because you can't afford a private one and you're not patient enough to homeschool, ie, another abysmal FAIL). And there's a bouncy house at said party. And a face painting clown, and a pony, and the mother hand knit every child a cowboy hat, and the whole affair is catered. And gluten free. Obviously.

Fast forward to age 13. You don't buy him the latest game/iPhone/TV/computer and he calls you the worst mom ever and you call him an asshole. Wait, what? You just called your 13 year-old child an asshole. Well to be fair he was totally being an asshole, but now he needs therapy.

Why did you even have kids?

I'll tell you why. Because it seemed like a good idea at the time—your progeny. Your legacy. Your chance to change the world.

Until you blew the whole curing cancer thing right out of the starting blocks.

The reality is, when you actually become pregnant, you realize that having kids is a really big Responsibility. Capital R. So you go on BabyCenter. And join Pinterest. And investigate Facebook. And look at the #nursery tag on Instagram. Cue: The Guilt.

Well quit it. Stop with the guilt. It's not helping you—or your kids.

Eating McDonald's periodically isn't going to give your child diabetes. Watching some TV isn't going to give him brain damage. If your idea of a birthday party is cake and pizza with just your family, that is OK; no one really needs a pony prancing about. Stop looking at Pinterest. Those people aren't even real. To be fair, they might be real, but they don't represent your average, normal parent. Plus it's the Internet. For all you know, that lady doesn't even have kids. If there is a mother out there who hand-carved and painted her child a barn and all the animals that go in it, great. If you can't so much as whittle a stick into a stick shape, that's OK—and your child will be OK.

Really, he will be fine.

This isn't to say that guilt, in the right capacity, can't be a positive motivator. Do you feel guilty because you haven't hugged your kid today? Fair enough. Go give him a hug. Tell him you love him. Because you DO. Feel guilty because he ate cake for breakfast? OK, maybe tomorrow you make eggs but in the meantime, cake does have eggs in it. And that practically makes it a pancake. Pancakes are a legitimate breakfast food. He drew all over the wall with a sharpie and you yelled? Well fine. Yelling probably didn't help the situation but it's permanent marker for crap sake. And you aren't the biblical Job. Do better next time. Did you go back to work and put your baby in daycare? Well, you need food. And clothes. Hug him when you get home.

You are doing. your. best.

And The Guilt? It's holding you back. The hour you spent looking at Frozen-themed birthday party ideas on Pinterest, only to realize: A. You can't knit a snowman. B. Snowflake cookies with royal icing just aren't happening. C. Pin the nose on Olaf the snowman is a stupid game? That hour could have been spent playing Chutes and Ladders. Or baking cookies together. Or if you can't bake, eating Oreos.

And don't you even feel guilty about the cookies. A couple of Oreos won't cause diabetes either. 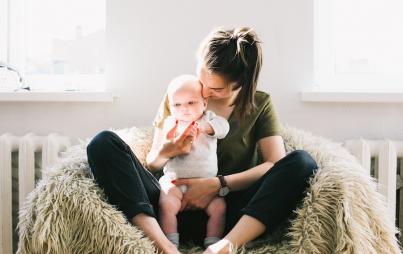