I’m A Gay Man Who Married A Straight Woman 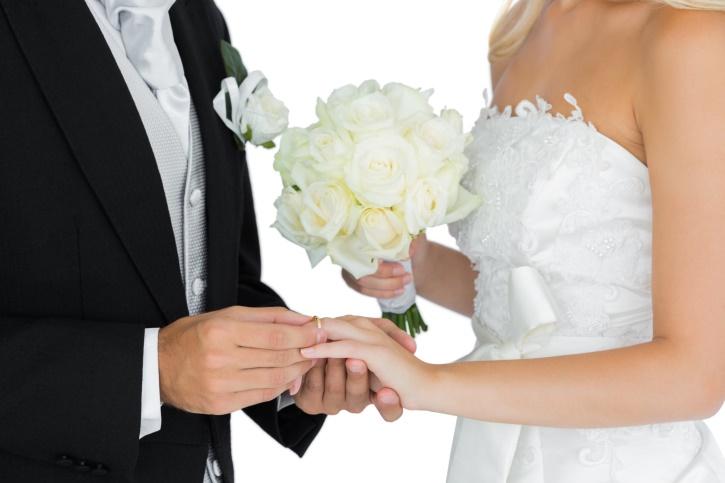 To read the wife's take on this story, click here.

Like most couples, my wife and I, full of hope and promise, walked down the aisle of the church where we married. We were both dedicated, Evangelical Christians. I was in the ministry at the time. We were young, in love, and believed that, with God on our side, the whole world had been laid out before us.

But I was gay.

People frequently ask if my wife knew I was gay when she married me. The answer is a bit more complicated than a simple yes or no. I had gone through an ex-gay ministry, the most famous one in the country in fact, and was working for them when we got married. My wife and I believed I had been "healed" of my homosexuality, or was at least in the process of being healed. Our faith taught us to trust, pray and believe that God could do miraculous things.

It wasn't too long into the marriage before we both began to sense something was wrong. There was an invisible wall that separated us emotionally. I wanted to believe it wasn't there and denied it vehemently when she brought it up. We prayed harder. I had sufficiently suppressed my sexuality in the years leading up to the marriage. I believed my lack of sexual attraction meant God was healing me. What it really meant was that I had learned to subdue it to the point that I felt almost no sexual attractions at all. This gave me a sense of satisfaction, feeling as though my spirituality was higher than my carnal self. At the same time, I only felt half-alive.

I controlled practically everything around me, from how I dressed to how my house looked, to what I wanted others to perceive about me. It was exhausting. I detracted from intimacy by causing an argument, making a joke, or claiming to be too tired. The latter was mostly true since I put so much energy into pretending. In those rare times we had sex, it was more like building a fence than building a relationship. I was proud of the fact that I got through it, all the while hoping she didn't notice how uncomfortable I felt.

By the time we were pregnant with our first child, the relationship had nearly reached a breaking point. Divorce, however, wasn't an option because of our Christian commitment. We prayed harder. We read our Bibles. We faithfully attended church, Bible studies and Christian fellowship. The emotional strain grew worse and the friendship that once held us together began to come undone.

Nearly as miraculous as the virgin birth itself, she was pregnant again. We knew exactly when it happened, in a moment - a brief moment - of truce. The pressures of life weighed on us as we both became disillusioned with church. The lack of answers and spiritual guidance for our troubles left us blaming each other. I hated her.

Soon, there was nothing attractive about her at all and I felt my marriage - the unspoken golden promise of ex-gay ministry - was an albatross that kept me from finding God. But I was trapped. With divorce out of the picture, I prayed God would take her home. I could make it as a single dad with two daughters, but I couldn't bring myself to divorce her. That would be a sin.

Still, I wasn't prepared when she took the initiative and divorced me. I reeled from the pain of failure, wondering how a just God could allow me to go through so much turmoil in one life. Wasn't fighting the sinfulness of homosexuality enough? Now divorce? Where was the Christian promise of abundant life Jesus talked about? Why didn't the magic formula of Bible reading, prayer, fasting, worship and fellowship work? I was an ordained minister, of all things. If anyone knew how it worked, it was me.

For six years following my divorce, I sat mostly in silence, isolating myself from the rest of the world. I frequently stared out of the large pane glass window in the back of my house, trying to figure out what happened. Faith and sexuality had been neatly compartmentalized to keep me from going insane. Now they were merging into one. Questioning my beliefs felt blasphemous. They were the very foundation on which I made decisions, lived, breathed and raised my children. I simply could not be wrong about them. The Bible could not be wrong.

It's been 12 years since my divorce. My ex-wife and I have jointly worked together and raised our children, even spending holidays and birthdays together. Our beliefs are drastically different than they used to be. It's difficult to go through decades of inner turmoil and come out completely unscathed. Most of what I once believed about Christianity, I now see as nothing more than religious fervor, organized into murky factions of the same basic ideology. We call these denominations. There are 34,000 of them. Which one is "right" is anybody's guess. I no longer care. I don't think God does either.

The Evangelical Christian Church's idea that God can change people from gay to straight is misguided at best and malicious at worse. Men, women and children have been sold the promise that people can and should change their sexual orientation, based on interpretations of canonized texts. When it doesn't work, the person wasn't trying hard enough, didn't have enough faith, was never a Christian in the first place, didn't do it right, didn't do it long enough, didn't have the right counseling, and on and on goes the list. It all boils down to religion making a promise reality can't keep.

I believe that God is bigger than the minute details that too frequently occupy our thoughts. When I let go, I discovered life was never meant to be an uphill battle. Rather than simply trying to survive I can focus on helping others. That seems more Christian to me, and lines up perfectly with reality.

This story first appeared The Good Men Project. More from our partner:
I'm a Straight Woman Who Married a Gay Man
9 Facebook Tips for Married Men
Six Ways to Change the World Even If You're Not a Superhero