In Praise Of Selfies: How They Are Battling The Patriarchy 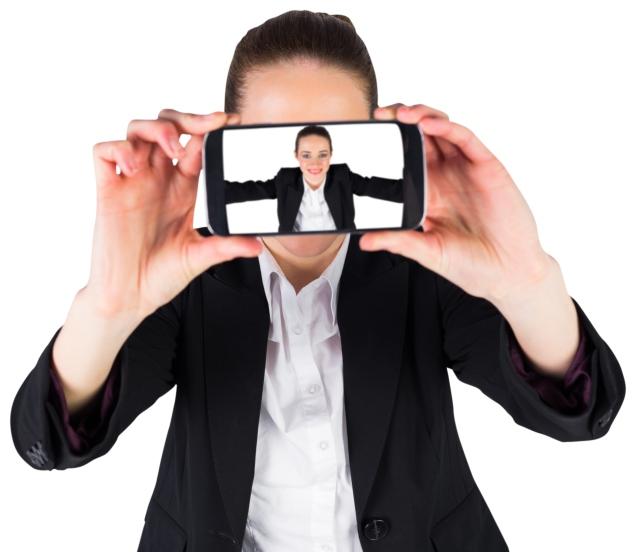 As with most things that young people do, the practice of taking selfies has become a controversial symbol of the narcissism of the latest generation. So much so, in fact, that selfies have been blamed for a rise in plastic surgery. A North Carolina school district even wants to ban them. Most Millennials, having just shifted out of the hotseat, are wearily familiar with previous generations questioning their priorities—they're perceived as an ADD generation addicted to technology with no social skills or capability for follow through.

Today’s teenagers, however, aren’t technically Millennials at all. Generation Z, as they are currently being called, (it might not stick, Millennials have been both Gen Y and Global Teens) are the latest targets in the boring criticism of human beings on the Internet. Young people, especially young women—because everyone has an opinion on young women—are posting selfies across more social media platforms than ever and apparently it’s a big fucking deal. Many articles and reports hold that selfies are bad or symbolic with our “look at me!” culture. Jezebel, the CNN of feminism, weighed in that selfies were not good for young women but instead a cry for help because *grumble grumble* white feminism reasons.

Here’s why selfies are important—and it has little to do with body image: It puts the onus of validation on the person taking the picture. To an extent, we have always had this. But if you didn’t have a camera—or a friend with one for you to buddy up with—your pictures were taken by parents or not at all. The subject was rarely the artist, since the control lay in the hands of the operator. The operator validates the moment or event as being worthy of capturing and says the subject is worth recording; that is where the power is. Selfies, then, are a new way to take on that ancient power.

Because we’ve given the act of self-portraiture a cute name, it’s clearly some sort of major issue for young women and speaks to something they shouldn’t be doing. But selfies are hardly some newfangled concept created by children and enabled by Apple products. Self-portraits have been appreciated throughout history and have been lauded as insight into an artist. The creator and subject, the artist and muse, come together in an entreprise and an entirely new experience is available to the person viewing the art. While I think no one would say that selfies are great works of art, they serve the same motivation as artwork—to communicate a message to the viewer.

But our culture equates “selfies” with “selfish” and we use that position to limit and bind young girls into whatever passing standard tickles our fancy. Rachel Simmons covered selfies on Slate saying:

“If you write off the endless stream of posts as image-conscious narcissism, you’ll miss the chance to watch girls practice promoting themselves—a skill that boys are otherwise given more permission to develop, and which serves them later on when they negotiate for raises and promotions.”

Being present on the Internet as a woman is a dangerous endeavor, as journalists, game enthusiasts, and anyone with a Youtube page will tell you. America likes to complain about trolling while staring at its navel and telling young women to be not seen and certainly not heard. Thus, Simmons’ argument that self-promotion is vilified in women is accurate.

But Erin Gloria Ryan of Jezebel disagrees with Simmons, stating:

“Self-taken digital portraits are typically posted on social media, ostensibly with the intent of getting people to respond to them—that's what social media is. In that respect, selfies aren't expressions of pride, but rather calls for affirmation. In real life, walking up to a stranger, tilting your head downward at a 45-degree angle, duckfacing, pushing your tits together, and screaming ‘DO YOU THINK I'M PRETTY!’ would be summon the authorities. On the internet, it's just how people operate.”

Ryan sounds exactly like second wave feminists, who tell me that porn is always bad and that they didn’t wear combat boots so that women could try to convince the world they should be taken seriously while wearing stilettos. It’s the familiar concept that somehow a young woman caring about her appearance, whether in terms of conventional standards of beauty or not, is somehow derailing the work of feminists past, which is unfair and ultimately trivializing to the messages feminists of the future will want to take up. Ryan is not entirely incorrect in her statement that social media is social and that’s the point. But by that logic, every person who looks distinctive or is noticeable at all is victim to attention-seeking, which is a sexist concept to begin with.

Harry Wallop of the Telegraph had similar concerns:

“It is an act as modern as it is narcissistic, perfectly capturing the self-regard of our age. But it is also, some think, a worrying trend that could leave young girls, in particular, with low self-esteem.”

Newsflash: young woman ALREADY HAVE low self-esteem without the help of selfies—and this line of thinking is going to cut off lifelines to young women across the world.

We might actually create a generation that doesn’t feel like it has to prove they don’t deserve to be present and to be seen. The presumption that their presence on the Internet is obnoxious or unworthy is one that people are trying to keep ingrained in the psyche of young woman, making the act of taking a selfie almost a rebellious one: Look at me! I am here! You cannot tell me I don’t deserve to be here! I don’t need to prove myself worthy of being catalogued!

In a country that is so focused on erasing the rights of women, how about you let us have our selfies without an armchair diagnosis of narcissism? Go home, patriarchy, you’re drunk.

If you like this article, please share it! Your clicks keep us alive!
Tags
selfies
feminism
photos
generation z
Millennials
women's empowerment
jezebel 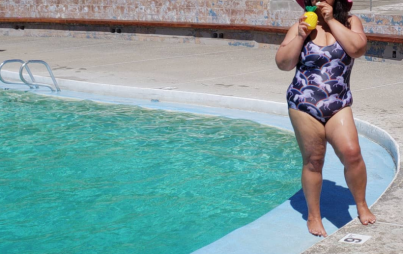