That Blaring Abyss: Depression In The Dead Of Winter 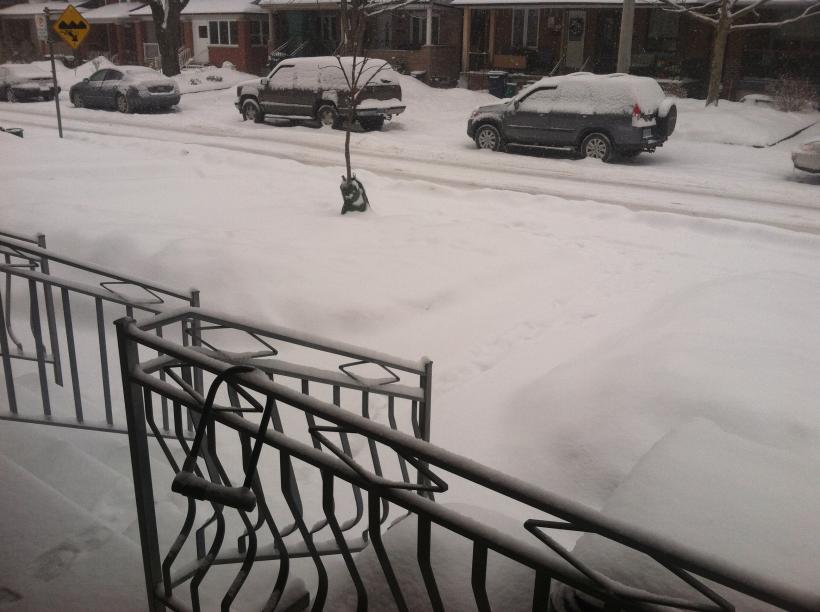 I’m not sick, but I’m not well. The frank danger I pose to myself is obfuscated by the veneer of function. The distance between a lecture on the overturned gender norms of professional wrestling and eating a carton of cake batter oreos atop a pile of my dirty underwear hoping the impending diabetic shock kills me is just squiggles on my calendar. I am a puppet pantomiming productivity. Will I be found hanging by my own strings when the curtain rises next? Your guess is good as mine, most days.

I am among the 80% of Americans affected by symptoms of depression who are not currently seeking treatment. Some of this lies in the logistics—finding a therapist and rearranging my limited budget to pay for treatment is a time suck; some of this is just psuedo-self-expertise. Mayhaps the most malevolent of tricks the depressive mind plays on itself is the idea that what afflicts you is so esoteric and singular that no one could possibly come to understand. Not doctors, not therapists, not your partner tearily pleading with you to not make her call your mother to tell her you’ve killed yourself.

You can feel so low as to be, in a sense, above the ails of the commonfolk. The blaring abyss that tears the rift of my mind’s eye is incorruptible by corporeal concerns like “the weather” or “financial stress.” That’s for people who can be “cured.” I am a magical mathematical error of synapses. One who, despite her perceived fluency of the self—or perhaps as a symptom of it—is ignorant of the worldly ways I fancied myself immune.

Such to say: that nameless, immaculate void of my mind has a corporeal counterpart. There is a name for that suffocating subsumption to numbness—most people just call it "winter."

Since coming to the States in 1995, I have never lived anywhere with a real winter. I have never had a weather-propelled mood swing; the worst the weather has ever done to me is ruin my eyeliner or tan my calves more than my thighs.

In Phoenix, Arizona they sing “Let It Snow” in coffee shop lobbies like a wistful appeal to Mother Nature. In the Bay Area, a December selfie is pointed sadism aimed at our least fortunate freezing counterparts. All my other friends wanted to be Fire Nation or Earth Kingdom—I was Water Tribe because I wanted to wear cute furry parkas and experience communal intimacy in the face of unforgiving terrain. I was also 25.

Currently playing: Twenty Years of Winter. Up next: a trip to Toronto during the coldest February on record. Brought to you by my own coddled west coast life. Our plucky indie movie heroine, used to having feelings about the weather, finds she has feelings because of the weather, and learns a valuable lesson in how fallible her ironproof mental state really is.

Winter is not a trickster god getting people to share blankets and stay inside for the night. It is a tyrant of time and space. It lays on your house, on your car, on your face, fraying your lips with frigid papercuts. It surrounds you, tripping you while you walk. It covers the windows of the bus you took alone to show you were independent and knew your way around a new city, choking the wandering wonder from your eyes.

I’m used to people flaking—in the Bay people just don’t go places if they’re not feeling it. There’s no cultural expectation of mutual obligation because how many of us in this radical anti-capitalist collective are actually from here and grew up in the communities being affected by the gentrification we’re rallying against?

I have come to know the long-suffering sister of the Bay's “whatever they won’t miss me”; people in places with real winter, not going out because it’s too cold, because to get there safely requires taking transit which they can’t afford. So we stay inside, sometimes alone, as the winter wiles away outside in its indifference.

When I overdosed in 2011, I had a vision of being dragged naked through snow before I came to, hours later, via warm hands on my placid face once surrendered.

And still: sometimes I would peer past my sleeping partner and through the window to imagine myself living out that encounter with near-death, to lay in the snow and let winter end my pain.

Every fleck of snow that would adorn my sacrificial flesh would be innately unique from one another, a singular series of intersections unshared, combined with other anomalies to form a single mass of matter. And I would mutter “this is fine, this is the only way for me, no amount of information can help me manage my suffering”—just like my friend who called in sick from work to cry in bed, and my other friend googling “Overdose on Tylenol fatal,” and my coworker staring at the open fridge, muttering “I don’t know, I don’t know” through tears before closing it and returning to their desk. We are all special little miracles. And we are hurting.

I am not a patient zero of some recondite ailment beyond your reasoning: I have depression. I am not smarter than your suggestions and advice: staring at non-stop snow for two weeks makes me feel hopeless. I get a sensation of dread when the sun sets because I’m afraid I will lose people important to me in the dark. Sometimes I just lie in bed for days because I’m afraid I will in some way fail at simply putting on socks and dash what remains of my fragile self ego.

This is not some magnanimous trait of my person I haven’t yet learned to fashion into charm or success—I’m just the token one of ten random Americans affected by depression over the course of their lifetime. The pain is all encompassing and at times beyond my capacity for language—but this inability to identify or relate is a symptom shared.

Like some bullshit bargain bin Curse of Babel, we are talking but not not always relating. But that doesn’t mean I’m not hearing you. I won’t always understand, but I will be better about listening.

I have depression. There is no cure. But it can be managed, and confronted, and occasionally parlayed into transformative, if uncomfortable, interpersonal understanding. This will require me to get out of bed. To make tea. To check my email. Those tiny steps that feel like crossing continents in a single bound.