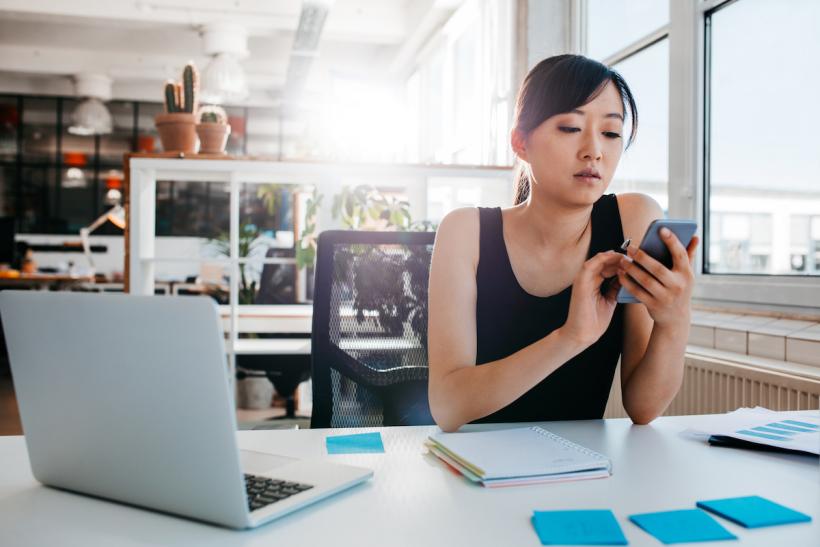 Sometimes the best ideas with the best of intentions crash and burn like a wreck at the Indy 500. That’s what happened with my decision to live tweet my breakup.

I wasn’t sitting in the bar where Jay broke up with me, logged into Twitter, furiously relaying all the things we said to each other. Because that would be insane. A saner idea, I thought, would be to live tweet my post-breakup emotional process. I have bipolar disorder, and I figured that showing people how someone with mental illness copes with setbacks would demystify what it’s like to have a romantic relationship with us. I reasoned that I could bring awareness to mental health by using the hashtag #datingwhilebipolar and encouraging people to engage with me. It sounded like a good idea, if only to myself and possibly some other people with chronic depression.

There's a fair amount of research on using Twitter and other social media platforms as a tool for creating mental health communities and sharing positive information. One study found that people formed communities around depression, and that these affiliations exhibited more self-sharing and less stigma than the general Twitter population. I’ve often experienced the results of these Twitter-based support networks during my recovery, and reaching out to others with my condition has made me feel less isolated and more hopeful. Plus, the preponderance of positive mental health campaigns and hashtags on Twitter made me confident that I could contribute to the conversation in a significant way by tweeting about my breakup.

Conventional wisdom, however, is that you should stay away from social media after a breakup.

Most common social sites have extensive directions on blocking and unfollowing, and Facebook even has a tutorial on how to manage your account after a relationship ends. Scholarly research points to the negative effects of social media on mood, which is already low during a post-breakup depression. In July, a study in the American Journal of Preventive Medicine found that greater social media use led to greater perceived social isolation, and that perception influences feelings of depression. An earlier study revealed that increases in Facebook use correlate with declines in mood — mostly because you expect it to be helpful, but it isn’t. So my decision was controversial, at least in scholarly circles, but I went ahead with it anyway.

I started talking about my failed relationship on Twitter a few days after it ended. I talked about how I felt, what it was like to miss someone, and how I used self-care and other healthy recovery techniques to cope with the loss.

And talking is part of my #selfcare routine, and what I need to do to keep #depression at bay #datingwhilebipolar #recoverloudly

I made some valid and insightful personal observations about myself in relationships, and about how I was handling my grief:

Biggest relationship fear: I completely misjudged the whole situation & I was wrong about everything I thought or felt #datingwhilebipolar

I have healthy coping mechanisms in place, and a support system that can help me when I need it #datingwhilebipolar #depression #recovery

I didn’t really talk about my ex, except in cases like this:

I figured that it was okay because I used a pseudonym hashtag, and because I wasn’t saying anything bad about him. Everyone knows not to trash an ex on Twitter, and I was following the rules.

Somewhere along the line, my feelings changed, and my Twitter feed reflected how my mood had started to decline. My language changed gradually into more maudlin prose. I started to miss Jay, and I allowed myself to do so all over my Twitter feed.

I have that crying lump in my throat, but nothing happens. When I finally let it out, it will be epic #datingwhilebipolar #mentalhealth

Soon, it became clear that I was heading into full depression territory, and not necessarily just because my relationship ended. Offline, I was miserable. Online, I started talking about doing things that I knew were bad for me, and that I knew would only provide a quick fix for my depression.

A few weeks into my rant, I spoke to my ex. He told me that he’d blocked my Twitter because he didn’t want to hear how I felt about him in public. He preferred to hear about my feelings directly, so he blocked my Instagram and Facebook too. For a while, I was crushed, but then I thought that it was a good idea for us not to follow each other for now. My roommate told me that I needed to step away from my keyboard and maybe go to therapy, but I was still convinced that I was doing the right thing — expressing myself and getting support from my followers. A few friends told me that they thought I was brave for sharing so much of myself. Some strangers tweeted me words of support, most of them in the mental health community, which also convinced me that my larger goal of mental health awareness was being met.  Also, I’d gained about 200 followers, a sign to my depressed brain that I was helping someone or, at the very least, developing a public point of view regarding relationships and mental illness. So I kept tweeting.

Being away from social media while in the hospital helped me focus on myself and my feelings rather than how I was going to represent them in 140 characters.

Then something bad happened. I started crying, and I couldn’t stop. I became nervous, my anxiety sitting like an elephant in the middle of my chest. My favorite activities no longer held my interest. I had stopped sleeping and had started drinking every day. I was absolutely miserable and began fixating on my ex and our relationship. I convinced myself that we’d get back together, even though he’d told me that he and his other ex were going to couples therapy. I created scenarios in my head in which we’d be friends, and then he’d come back to me, realizing that I was better for him that his other ex. It doesn’t sound healthy in retrospect, but my depressed brain made impossible things seem probable.

Finally, I hit my bottom. I’d drunk a whole bottle of vodka in two days and stood bawling in the shower for 30 minutes.

I wondered whether a razor blade or a knife would be better to slit a wrist. I knew that it was more than breakup sadness; it was full-blown depression. And I still tweeted about it. It was obvious that I was in a bad way, and I thought my tweets were a cry for help instead of, perhaps, statements falling on deaf — or incapable — ears. Because though there is a great sense of community on Twitter, you can’t guarantee that people will see everything that you write.

Luckily, some good friends who live with mental illness called me on my issues. They told me that I’d gone on long enough with the charade and that I needed some serious help. For me, help was a stay at an inpatient psychiatric hospital. The suicidal ideation scared me, and hearing a loved one point it out was the nudge I needed to get myself into treatment.

Fortunately, some therapy and a change in medications helped me see that I was depressed even before I started dating my ex and that the breakup made my condition more severe.

Being away from social media while in the hospital helped me focus on myself and my feelings rather than how I was going to represent them in 140 characters. And detoxing from self-medication with liquor and marijuana cleared up my brain enough for me to examine some of my relationship behaviors with regard to rejection and self-esteem. I did some meditation and got back to my center, which is more rational and less maudlin than the person I’d been on Twitter.

In the end, I did kind of think that my tweet storm would help my mood and help me get over my ex faster. It turns out that the studies were right about the devastating effects of dashed social media expectations. It’s still possible that I helped some other people feel less isolated, and that’s a win. However, the next time I launch a hashtag and a Twitter campaign, I’ll make sure that I’m at the very least fully healthy and in regular therapy.

If you like this article, please share it! Your clicks keep us alive!
Tags
Depression
bipolar
dating
breakups
self-care
mental health
social media