Clitoral Study Reveals Why Some Women Orgasm More Than Others 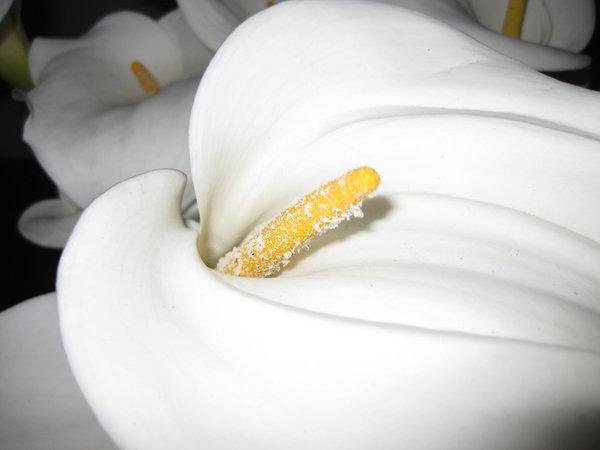 When Mother Nature assigned body parts, we women basically hit the jackpot. Clearly boobs rock (come on, like half of Mad Men viewers only got into the show because of Christina Hendricks), but the clitoris is ever-fascinating to sex-freaks and scientists alike.

And recently, The Journal of Sexual Medicine took some newfound interest in this Rubik’s Cube of a part body and released their latest findings...

Sooooo you probably haven’t stuck a mirror between your legs since you learned to use a tampon, but if you’re having trouble achieving orgasms it may be time to break out the 'ol looking glass ... and ruler. Apparently, there’s a correlation between the distance of the clit and vag. and difficultly to orgasm: women who have trouble reaching the big O had about 5 to 6 millimeters (ya know, one of those teeny spaces inside a centimeter) more space between their ladybits than women who orgasm easily.

Sadly, researchers still aren't sure why this is. Are some women just genetically lucky? Does having more orgasms alter your spacing a bit? Only future research can answer these questions. As Askmen.com says:

understanding the clitoris is the sign of a man [or woman] that is invested in his [or her] partner and her pleasure, both of which are noble qualities.

Awwww, shucks. For now, increase your noble-ness with random facts about this uh-mazing piece of anatomy:

1. The clit is the ONLY ORGAN on a human body designed for the sole purpose of pleasure. Woohoo!

2. There are approximately 8,000 nerve endings on it (that’s almost quadruple of what men have on their johnsons)

3. Like an iceberg, most of the clit is hidden away inside the woman’s body. It reaches about 4 inches in length.

4. Once it’s “mature” (post puberty) it doesn’t reduce its pleasure giving. So, you won’t orgasm less as you age!

Last, but not least, our personal fave ...

5. An orgasm achieved from the clit usually lasts longer than the male orgasm. Typically it goes on for about 10-30 seconds, but pelvic contractions may make it seem longer. Many women can have multiple orgasms from the clit – which makes it longer still!

Who says G*d doesn't have a plan?